A storied past, a bright future

Tucked behind the rolling hills and winding paths of La Salle’s campus sits a remarkable historic landmark property. To most alums of the past three decades, this charming structure served as the Office of the President. But, when unraveled, the origins of Alumni House reveal a rich and surprising history of tales and legends that date back to the birth of our nation.

“The Alumni House and Belfield Estate have tremendous historical significance in the city of Philadelphia,” said former President of La Salle’s Alumni Association, Jerry Lezynksi, ’82. “That significance was strengthened when La Salle University took it over many years ago.”

Now, after years of anticipation, Alumni House will take on a new La Salle role as a free-standing alumni house, marking the first of its kind for the University and one of just a few across Philadelphia campuses.

“The Alumni Board has been discussing an alumni house for many years but ran into challenges with potential locations, the extensive costs of building a structure from scratch, and other logistical challenges,” says AmyLynn Flood, ’95, former President of the Alumni Association and current member of the board of trustees. “Alumni House is the perfect opportunity for such a facility.” 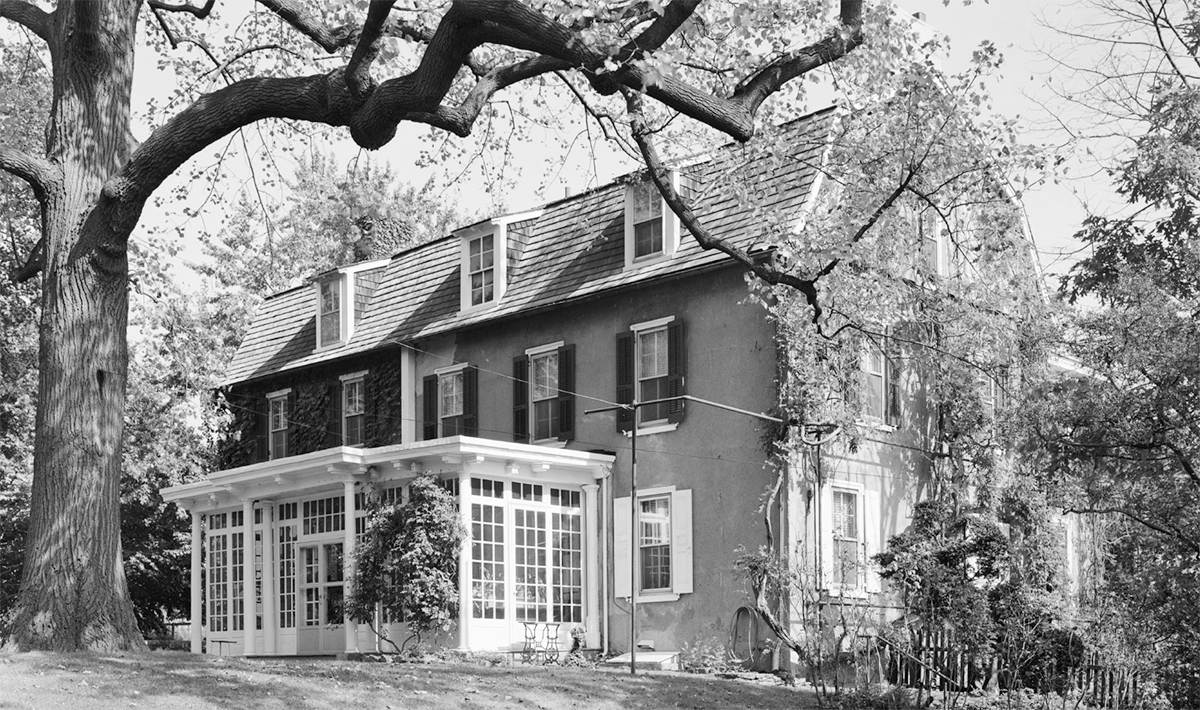 As most historical stories around Philadelphia go, the origins of Alumni House begin with William Penn. Sold off in a grant by Pennsylvania’s founding father, the property saw many owners over the centuries. Though he only lived at Belfield for ten years, Charles Willson Peale was by far the most famous of prominent Philadelphians to own the property.

Peale was best known as an artist, scientist, and inventor. But, according to “Charles Willson Peale’s ‘Belfield’:  A History of a National Historic Landmark 1684-1984” by Jim Butler, ’67,  his love of gardening, farming, and nature is what drew him to the estate that in 1810 was called “Nieve’s Place.” Looking for a serene place to retire with his wife and five children, Peale called their new home “Persevere” before changing it to “Belfield” after friends suggested the name was too solemn. 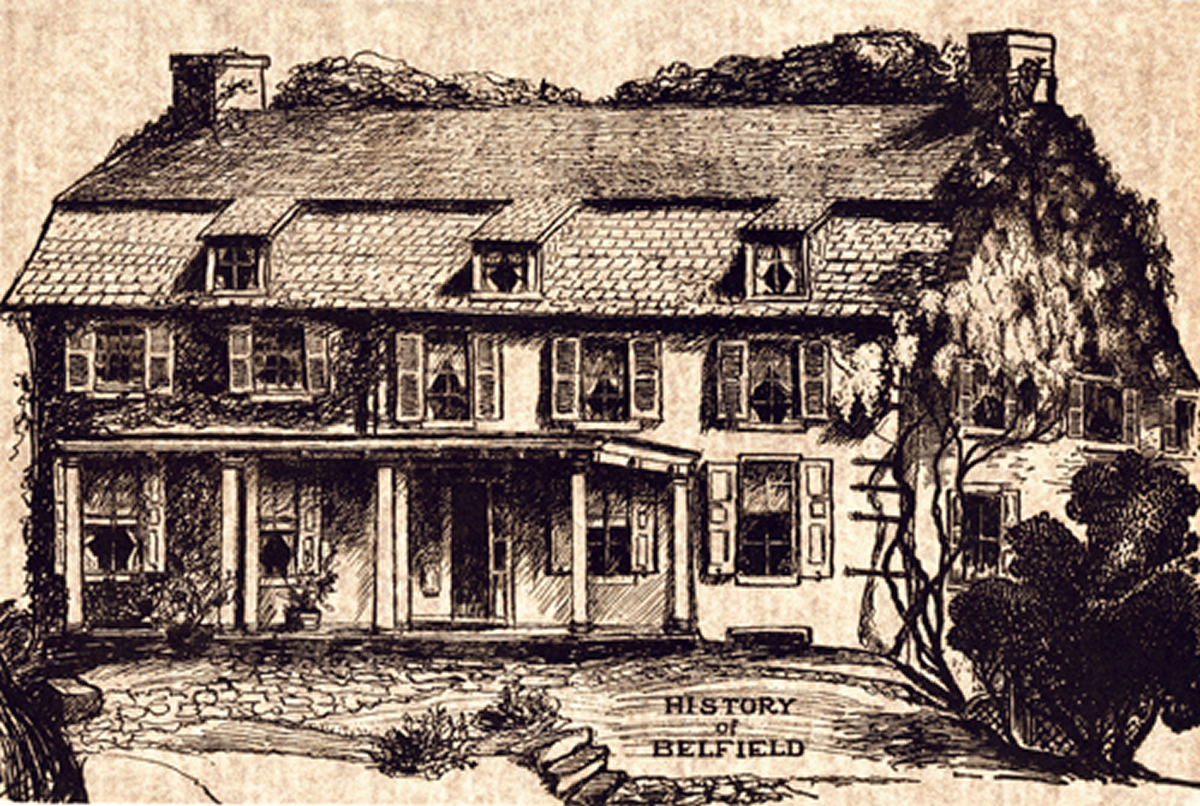 Although Peale found the most success with his paintings, his farm and gardens were truly a work of art in their own right. In fact, many of his final paintings depicted the lands he loved so dearly.

Having acquired the farm land and the extant mansion house (built circa 1755), Peale endeavored to transform the landscape, building additional garden structures including a fountain, a greenhouse, a pagoda of Chinese influence, and an obelisk. Though his structures were built of wood, and no longer survive, the serpentine-like curvatures of the lands he molded are still visible today and, visitors might be surprised to learn, were no accident. They were suggested to Peale in a letter by his good friend, Thomas Jefferson. 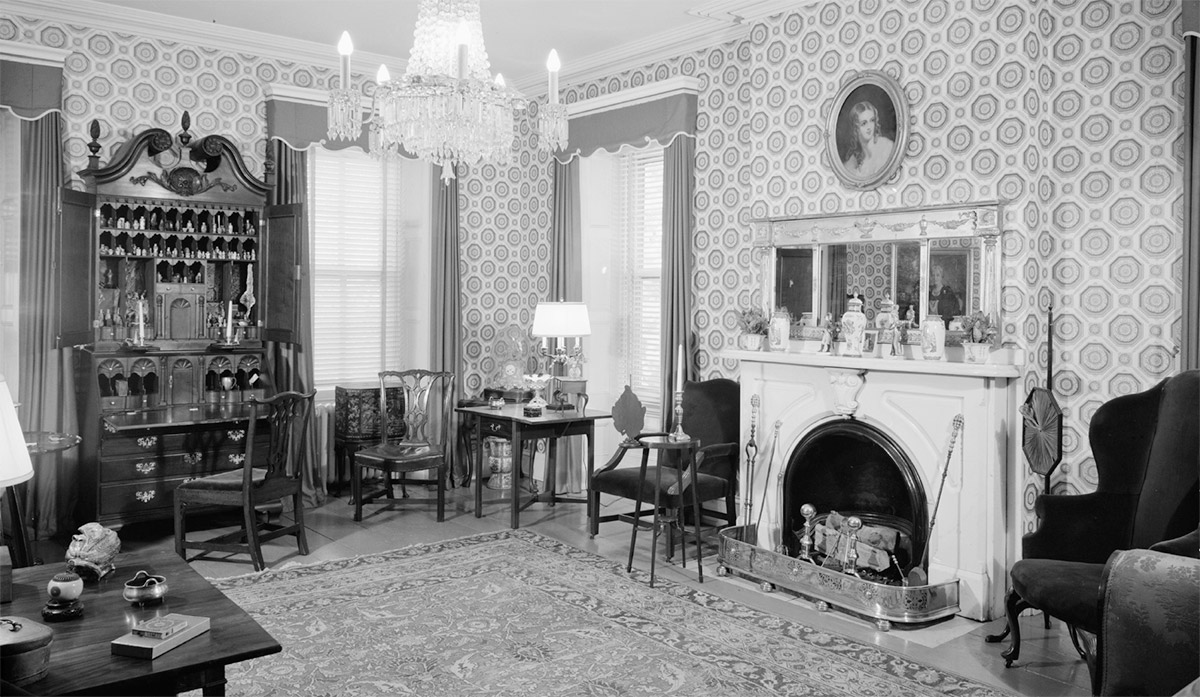 Peale cherished his estate through the years until selling it in 1826 after losing his wife to yellow fever. It was sold to William Logan Fisher and from there was passed down through the family lineage including many Wisters until it was purchased by La Salle University in 1984.

Over the years, Belfield Estate and Alumni House continued to see its share of excitement. One remarkable record of the life of the house is the table scarf that was kept by the Wisters from around 1893 to 1903. The guests that signed the scarf include scores of abolitionists, woman-suffrage advocates, Colonial Dames, artists, and veterans of the Civil War.  A replica of the original scarf, which was gifted to the Connelly Library, is on display in the alumni house. Two signatories of interest are Harriet Beecher Stowe, author of Uncle Tom’s Cabin, and Julia Ward Howe, writer of “The Battle Hymn of the Republic.”

There’s even a story from 1968 when an unidentified student smuggled a cow from Belfield Farm across Olney Avenue and onto the second floor of St. Bernard’s Hall, pulling off one of the most famous pranks in University history.

April 21, 2018 breathes a new life into this historic landmark as Alumni Relations and the Alumni Association inaugurate it as La Salle University’s Alumni House.  This ushers in a new era for Belfield Estate and Alumni House while continuing to honor its history and charm. “The Alumni House will serve as a bridge — transforming La Salle’s historical treasures to the University’s future and its alumni,” Lezynski said. Special thanks to Dr. James A. Butler, ’67, who was the primary researcher, contributor, and curator of the Wister Collection in the Connelly Library here at La Salle.  His book, “Charles Willson Peale’s ‘Belfield’:  A History of a National Historic Landmark 1684-1984” is featured and prominently displayed in the Alumni House along with posters dedicated to telling the history of Charles Willson Peale, Wister Family and Belfield estate.

“It is a historical treasure that La Salle is fortunate enough to have as part of its campus.  It has been part of the fabric of this University since its inception and we are in a unique position to expand its use and visibility on Campus,” said Flood, who has been working behind the scenes to bring the ideas of an alumni house to life for years. Seeing it finally come to fruition, she says, is “so exciting!”

“The first floor and the ground floor level will be the main areas for alumni to gather, hold meetings, and even conduct business remotely in work stations,” Flood explained. “The Alumni Relations team is moving their offices onto the second floor, so there will be a constant presence in the building.  And Admissions will be adding the building as a stop on their tours to allow guests of the University the opportunity to visit one of the National Register’s Historic Places in Philadelphia.”

The legacies of Belfield Estate and Alumni House are now part of La Salle’s legacy and will continue. Said Lezynski, “The Alumni House is a tribute to La Salle’s history and to its alumni – past, current and future.”