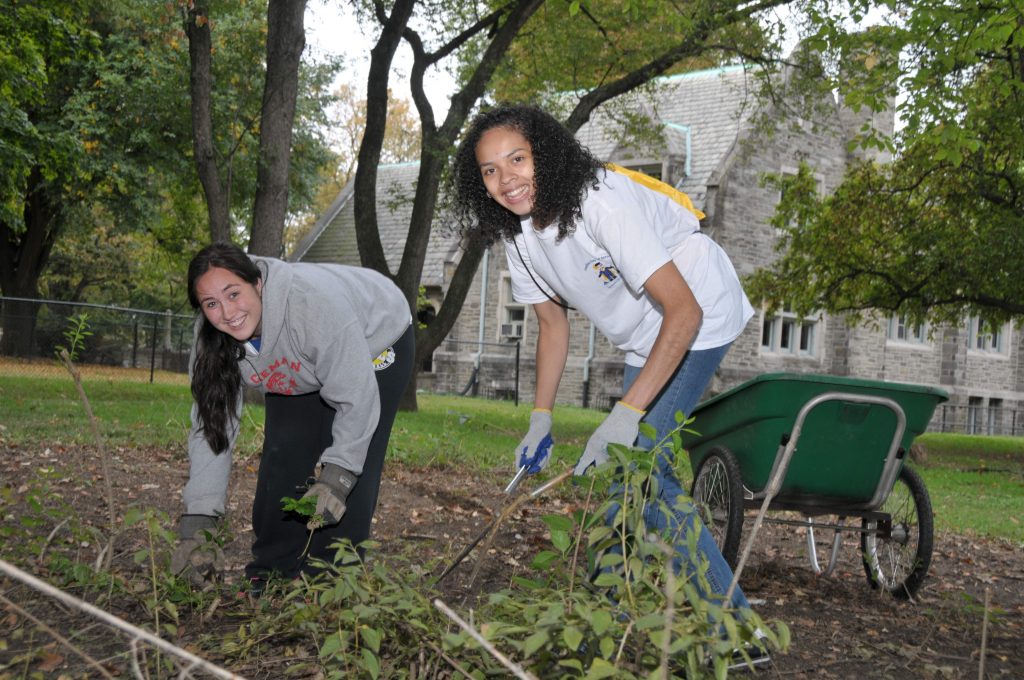 In recognition of La Salle University’s successful partnership with the local and global communities, the Carnegie Foundation for the Advancement of Teaching has selected La Salle for its 2014 Community Engagement Classification.

La Salle was selected because of its ability to demonstrate a mission, culture, leadership, resources, and practices that support dynamic and noteworthy community engagement. La Salle is one of only 240 schools nationwide earning this distinction. The University was also recognized for its community engagement in 2010.

“Community engagement is a big part of what we are as an institution, and how we define ourselves as Lasallians,” said Brother Robert Kinzler, F.S.C., Director of La Salle’s Office of University Ministry and Service. “We’re humbled and gratified to receive such recognition from the Carnegie Foundation, which is because of the efforts of many students, faculty, staff, and community partners in living the mission of the University.”

Some examples of La Salle’s community engagement—locally and beyond—are:

The Carnegie Foundation for the Advancement of Teaching is an independent policy and research center that supports needed transformations in American education through tighter connections between teaching practice, evidence of student learning, the communication and use of this evidence, and structured opportunities to build knowledge. The Foundation is located in Stanford, Calif.

An educational community shaped by traditional Catholic and Lasallian values, La Salle University was established in 1863 through the legacy of St. John Baptist de La Salle and the Christian Brothers teaching order. Money magazine named La Salle University a “Value All-Star,” ranking it the eighth-best college nationwide for adding the most value for a college education. Globally, the Lasallian educational network includes 1,000 schools (60 of which are institutions of higher education) serving 940,000 students in 80 countries.