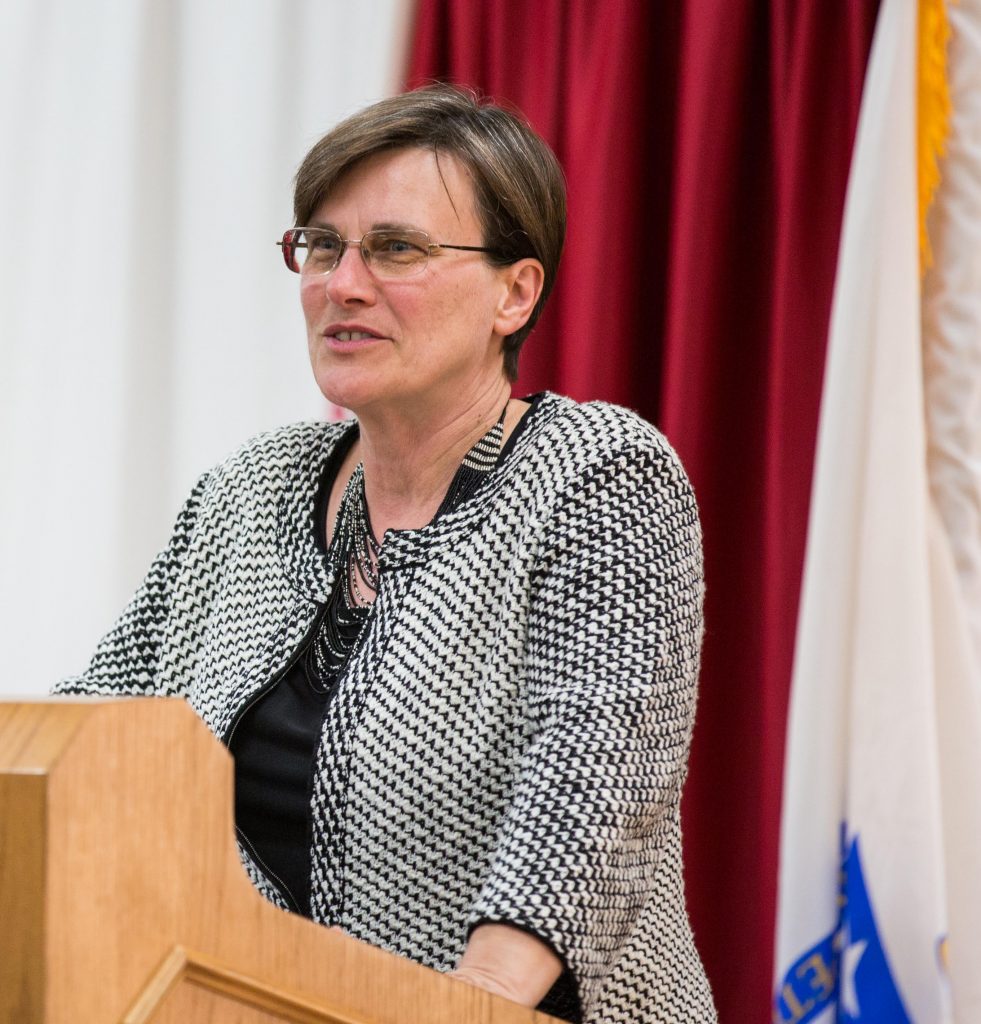 Earlier this week, the Modern Language Association of America announced that La Salle University alumna Paula M. Krebs, Ph.D., will become its fourteenth executive director, effective August 1, 2017. Krebs, who graduated from La Salle with a Bachelor of Arts degree in English and a minor in Women’s Studies in 1980, currently serves as dean of the College of Humanities and Social Sciences at Bridgewater State University in Bridgewater, MA.  While at La Salle, Krebs was a student in the Honors Program, graduated with General Honors, and served as sports editor of The Collegian, the university’s student newspaper. She earned her Ph.D. in English from Indiana University, Bloomington, and she is a specialist in Victorian literature and culture.

“La Salle, and especially the teaching of amazing humanities faculty, including Caryn McTighe Musil, Judith Lowder Newton, Richard Lautz, and Minna Weinstein, shaped my commitment to Victorian studies and to the humanities,” said Krebs. “The Honors Program, led by the wonderful John Grady, centered the humanities and made clear the value of a liberal arts core for all different kinds of majors. My most intellectually engaging classes at La Salle were English, philosophy, and religion classes in which I formed lifelong friendships with folks who went on to become accountants, doctors, and lawyers—people who understand the value of the critical thinking we get from the humanities.”

“I have known Paula Krebs for years originally through the annual workshops for English Department chairs sponsored by the Association of Departments of English, a division of the Modern Language Association,” said Kevin Harty, professor and chair of the Department of English at La Salle University. “Paula has always been forward thinking, with a keen understanding of what disciplines such as English can and should do as American higher education shifts to meet increasingly conflicting demands placed upon it. Rightly, she recognizes that the study of English requires engaging with multiple audiences both on and off campus, much in the tradition of St. Jean Baptiste de La Salle, who encouraged us to meet our students on their own terms.”

“Paula Krebs is a scholar of demonstrated passion and commitment, dedicated to articulating the value of the humanities, supporting academic standards, and strengthening the professional standing of all those who teach and work in humanities-related fields,” said Diana Taylor, president of the Modern Language Association.

The Modern Language Association of America (MLA) works to promote the study and teaching of languages and literatures through programs, publications, an annual convention, and advocacy work. The MLA provides opportunities for its 24,000 members in more than 100 countries to share their scholarly findings and teaching experiences with colleagues, discuss trends in the academy, and advocate for humanities education and workplace equity.

Before arriving at Bridgewater State, Krebs was special assistant to the president regarding external relations at Wheaton College, an American Council on Education Fellow in the president’s office of the University of Massachusetts, and a professor and department chair at Wheaton. She has also been a regular contributor to higher education publications and writes a column for the Chronicle of Higher Education’s blog Vitae.