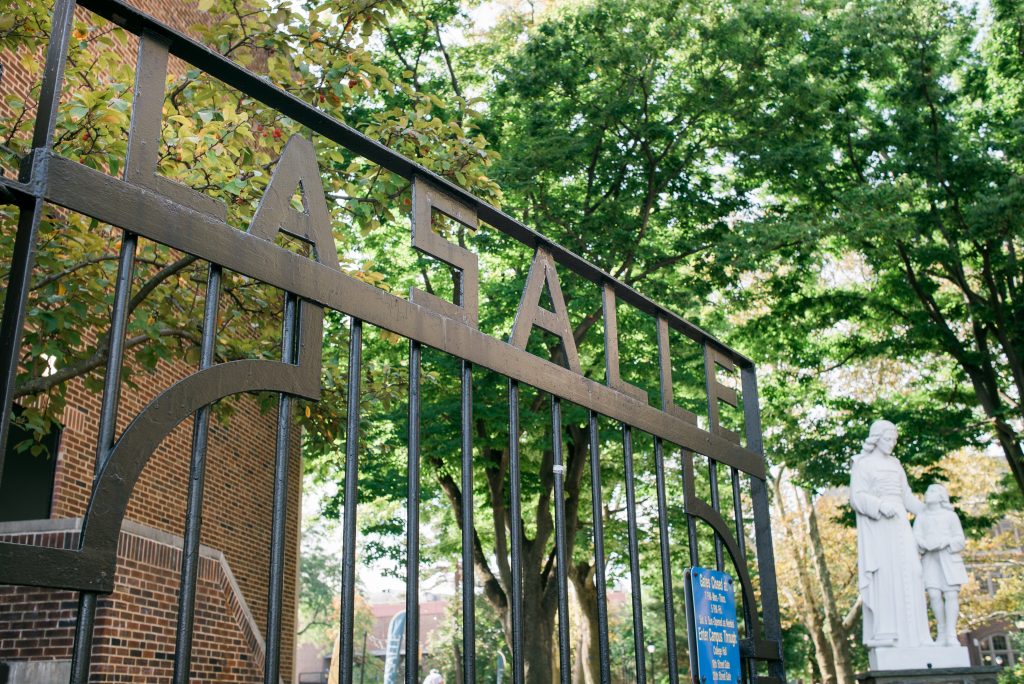 Out of more than 1,000 U.S. colleges and universities, The Wall Street Journal and Times Higher Education have once again ranked La Salle University in the Top 300 in its second annual College Rankings. The ranking is based on the results of the Times Higher Education U.S. Student Survey, which examines responses from more than 100,000 current college students on a range of key issues, including engagement with their studies, interactions with their professors, and overall satisfaction with their experiences. The full methodology explores four key areas: outcomes, resources, engagement, and environment.

“La Salle University continues to stand out because of the transformational experience provided to each and every student,” said President Colleen M. Hanycz. “The Wall Street Journal and Times Higher Education have once again recognized what makes a La Salle education so unique: our students join a diverse community of learners and embark on a rigorous educational experience designed to foster theoretical and practical knowledge, deepen ethical sensibilities, and prepare for a lifetime of success. We position our graduates to achieve more and to enter the world with certainty and purpose as confident, impactful, and productive global citizens.”

“The WSJ/THE College Rankings, now in its second year, has received critical acclaim for its pioneering new approach to ranking U.S. colleges and universities that puts student success and learning at its heart,” writes Phil Baty, editor of the Times Higher Education World University Rankings. “The partnership between The Wall Street Journal and Times Higher Education brings together two powerhouses–the preeminent source of global business and financial news, alongside a global higher education data and analysis business that started reporting on global higher education almost five decades ago. These rankings will provide students and institutions with access to a comprehensive list of over 1,000 institutions evaluated on their educational impact and the lifetime benefit to students.”

La Salle University has consistently been recognized for excellence and value. The University was named to the FORBES Top Colleges 2017 ranking, its tenth annual report. Announced just weeks ago, the 2018 edition of U.S. News & World Report’s “Best Colleges” guidebook ranked the La Salle as 34th overall in the North Region; it earned a place on Forbes’s “America’s Best Value College” list; was included in The Economist’s “Top 100 Schools in the U.S. for Value;” and was ranked fifth by Money magazine’s 2016 list of “50 Colleges That Add the Most Value.” Notably, in a study issued by The New York Times, La Salle graduates were in the top six percent for median income by age 34 ($58,700). Additionally, according to a new data study from U.S. News and World Report, the School of Business’s MBA program has the fourth highest employment rate in the nation; it was named to The Princeton Review’s Best 294 Business Schools 2017; and its Part-Time Hybrid MBA was included in U.S. News and World Report’s 2018 edition of “Best Graduate Schools.”