The La Salle University Alumni Association will honor La Salle Academy and William Matthews III, Esq., ’90 on November 9 at the Association’s annual Awards Dinner. The Signum Fidei Medal will be presented to La Salle Academy, a school dedicated to educating children in third through eighth grades whose potential is limited by financial, social, academic, or emotional challenges, and whose parents and guardians desire, but cannot afford a Catholic education. Matthews, a distinguished attorney, devoted husband and father, committed civic leader, and dedicated La Salle Explorer, is the recipient of the John J. Finley, ’24 Award.

The Signum Fidei Medal, the Alumni Association’s highest form of recognition, has been given annually since 1942 to individuals or groups who have “made most noteworthy contributions to the advancement of humanitarian principles in keeping with the Christian-Judeo tradition” and “in harmony with the established aims of La Salle University and the objectives of the Brothers of the Christian Schools.” The Medal derives its name from the motto of the Christian Brothers: Sign of Faith.

The Finley Award is presented each year to an alum who has exhibited outstanding service to La Salle University or the Alumni Association. John J. Finley, ’24, held the positions of President, Vice President, and, at the time of his death in 1961, Treasurer of the Alumni Association. To his contemporaries he was known as “Mr. La Salle” for his dedication to the University. The Alumni Association strives to honor those who have made significant contributions of their expertise and time to advance the Lasallian mission. These awardees are known to be outstanding volunteers who have taken on leadership roles among fellow alumni volunteers.

La Salle Academy offers its students an academically rigorous education designed to prepare them for success in high school and beyond. Based upon a unique, transformative, and successful model for elementary and middle schools dedicated to serving poor and at-risk students, known as the San Miguel Model, the school operates an 11-month school calendar, extended school day from 8 a.m.-5 p.m., and class sizes not exceeding 15.  These features allow students to more readily retain lessons learned and greatly reduce the time our students spend unsupervised outside of school.

The curriculum is enhanced by a Graduate Support Program, designed to provide students with the assistance necessary to be successful in high school and to be prepared for higher education and the workforce. The services begin in eighth grade with the search for a proper high school, followed by applications for admission and financial aid, and continue with caring encouragement through the social and academic challenges of high school.

La Salle Academy is a place where students are loved, nurtured, and feel safe. From morning Assembly, which includes prayer and character development lessons, to daily community circles, liturgies, religion classes, and peer-mediation program, La Salle Academy students are taught to think, speak, and act with respect toward each other. Armed with their Five Goals—to be peaceful, to be responsible, to be consistent, to be motivated, and to be respectful—La Salle Academy students infuse their homes and neighborhoods with this unique spirit. 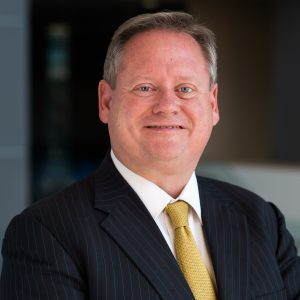 In the years since graduation, William Matthews III, Esq., ’90, has embodied the best of Lasallian values in action.

A partner with Klehr Harrison Harvey Branzburg LLP since 2000, Matthews concentrates his practice in securities, mergers and acquisitions, and general corporate counseling for a wide range of companies, often serving as outside general counsel for clients. His significant experience at Klehr Harrison began in 1993 after graduating with his J.D. from the University of Notre Dame. In 25 years, Matthews has participated in—and led—major corporate transactions, both public and private. These high-profile deals have ranged in size from several million dollars to the $1.6 billion merger between specialty retail video game competitors EB Games and GameStop. As a result of these professional accomplishments and his leadership within the firm, Matthews was named Chair of the Corporate Department at Klehr Harrison in October 2018. He has also been named a Pennsylvania “Super Lawyer” 12 times.

Since returning to Philadelphia after law school, Matthews has been an active leader within the La Salle University community. He first served as a member of the La Salle University Alumni Board of Directors from 1990 to 2007, ultimately serving as President of the Alumni Association from 2003 to 2005. In 2007, as Past President of the Alumni Association, he was elected by the Board of Directors to serve as its representative to the Board of Trustees. After his initial term, Matthews was appointed to a second term by University leadership. Currently, Matthews serves as Chair of the Trusteeship and Governance Committee and as a member of the Executive, Academic Affairs, and Athletic Committees. Most importantly, he serves as Vice Chair of the Board of Trustees having just been elected to his second term in this important role.