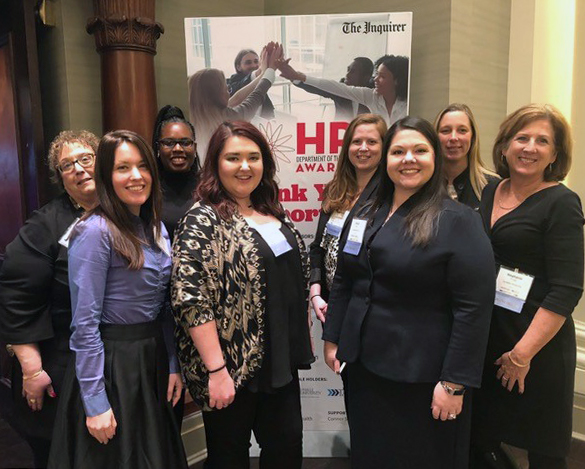 La Salle University’s Human Resources Department has been named the recipient of the 2018 Delaware Valley HR Department of the Year – Nonprofit Category. La Salle, a Lasallian Catholic university founded in 1863 by the Brothers of the Christian Schools, was the only university represented in the group of 11 finalists.

“The La Salle Human Resources team is accessible, responsive, and collaborative,” according to Stephanie Pricken, Chief Financial Officer and Vice President for Finance and Administration.  “Under the leadership of Kristin Heasley, Assistant Vice President for Human Resources, they were given the challenge to rethink how to better engage and support our employees.  Their focus, energy, and courage to innovate has led the charge of Cultivating a Community of World Class Colleagues.”

In the past two years, La Salle’s HR Department has strategically and thoughtfully recreated how the University supports and advances what President Colleen Hanycz refers to as “La Salle’s greatest asset—its people.” Their accomplishments include improving the recruitment, selection, and employment processes; implementing an institution-wide staff performance feedback and review process; creating and implementing self-service materials for employee benefits, hiring resources, and performance management; executing an inaugural employee benefits fair; and transitioning multiple benefit providers for savings at the same or better service levels; among other initiatives.

“Winning this recognition would not have been possible without the steadfast support of the University’s President, Colleen Hanycz, and my supervisor, Stephanie Pricken, the entire executive cabinet, and the incredibly hard-working HR team,” said Heasley. “The University’s five-year strategic plan, Momentum 2022, includes five major themes, and ‘Cultivating our Community of World-Class Colleagues’ is one of those—exemplifying that La Salle is focused on hiring, supporting, recognizing, and celebrating the people who are moving the University forward in service to our students.”

The Delaware Valley HR Department of the Year award was founded by Scott Rosen, President of the Rosen Group, in 1998. According to the award’s website, “HR professionals should receive recognition for what they do and the growth and change they produce within their organizations.” This year, the program partnered with Philadelphia Media Network, publisher of The Philadelphia Inquirer, Daily News, and Philly.com to expand the reach and impact of the program. 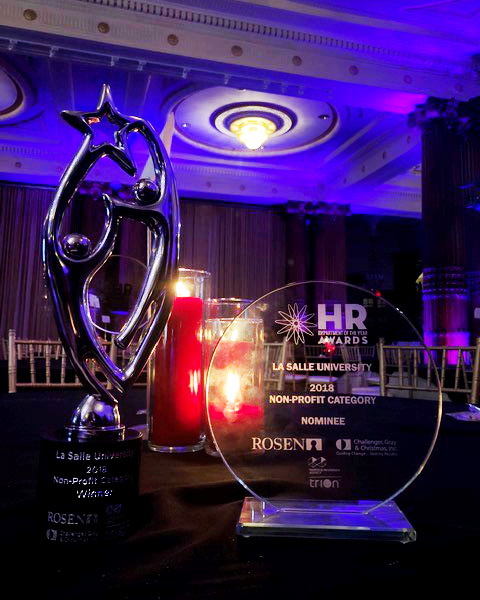