Five of La Salle University’s distinguished alumni have been named to the 2018 Philadelphia Business Journal POWER 100 list: William Sasso, ’69, Chairman of Stradley Ronon Stevens & Young and current member of La Salle’s Board of Trustees; Dwight Evans, ’75, U.S. Representative for Pennsylvania’s Second District; Philadelphia Mayor James “Jim” Kenney, ’80; Stephen “Steve” Zarrilli, ’83, President and CEO of University City Science Center and Chairman of La Salle’s Board of Trustees; and John Grady, ’89, President of Philadelphia Industrial Development Corporation (PIDC). All five were also acknowledged in the 2017 POWER 100 list. The POWER 100 list recognizes the most influential people with the most impact in the Greater Philadelphia region, as determined by the Philadelphia Business Journal’s editorial board. 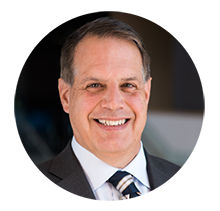 Steve Zarrilli, ’83, is President and CEO of University City Science Center, a position he assumed in October 2018. The Science Center is “a mission-driven nonprofit organization that helps innovators and entrepreneurs bring world-changing technologies to market.” The organization provides access to programming, capital, workspace and networks so ideas move forward to become successful businesses. For the prior six years, he served as the President and CEO of Safeguard Scientifics which provides capital and expertise to fuel growth of technology-driven businesses in healthcare, financial services, and digital media. Zarrilli is a Board Member at Ben Franklin Technology Partners of Southeastern Pennsylvania, which is the leading funder of technology growth companies in the Commonwealth of Pennsylvania. He is also the current Chairman of La Salle’s Board of Trustees, a position he has held since 2013. In 2009, he was the recipient of La Salle’s Michael A. DeAngelis Award, honoring individuals for outstanding achievement in the accounting profession. Zarrilli graduated from La Salle with a bachelor of science degree in accounting. He also completed the Advanced Management Program at the Wharton School at the University of Pennsylvania. 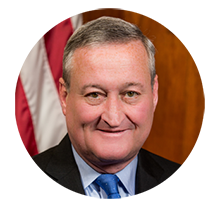 Jim Kenney, ’80, is the 99th and current Mayor of Philadelphia. Prior to becoming Mayor, Kenney served as a member of Philadelphia’s City Council for 23 years, serving as Councilman at Large from January 1992 to January 2015. As Mayor, Kenney is focused on improving the safety, health, and education of Philadelphians, and ensuring that Philadelphia is one of the greenest and most sustainable cities in America. Under his leadership, 4,000 students have enrolled in free, quality pre-K, 12 community schools were launched, and Philadelphia parks, recreation centers, and libraries have received historic investments. Kenney earned a degree in political science at La Salle, and was the first in his family to graduate from college. 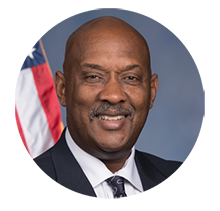 Dwight Evans, ’75, is a United States Congressman representing Pennsylvania’s Second Congressional District since 2016. He made history when he became the first African-American Chairman of the Pennsylvania House Appropriations Committee in 1990, holding that position for 20 years. He has dedicated his career in public service to providing economic and educational opportunities to the poor. He helped form the West Oak Lane Charter School, which, since its opening in 1998, has educated thousands of students from kindergarten through eighth grade. Most significantly, during his time in the Pennsylvania State Legislature, he created the Pennsylvania Fresh Food Financing Initiative, expanding and building grocery stores in food deserts throughout the state. Evans earned a bachelor of arts in English degree from La Salle. He was the 1993 recipient of the Warren E. Smith, M.D., ’54 Award, recognizing an outstanding African-American leader in the community. 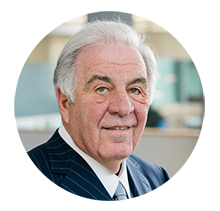 William Sasso, Esq., ’69, is Chairman of Philadelphia law firm Stradley Ronon Stevens & Young. He currently serves on La Salle’s Board of Trustees. A recognized leader in the law profession, Sasso was awarded a Lifetime Achievement Award by The Legal Intelligencer in 2014, which honors “the best the Pennsylvania legal community has to offer.” Recipients of this prestigious honor have “moved forward the legal profession in the state, helped foster the legal education of younger attorneys and stood as examples of some of the best virtues of Pennsylvania attorneys.” Sasso was also the recipient of La Salle’s 2005 Lasallian Leadership Award, an annual award given to an individual who demonstrates outstanding leadership in the corporate, civic, governmental, or religious communities that shapes quality of life in the Philadelphia region. He earned a bachelor of arts degree in economics from La Salle, and his Juris Doctor from Harvard University. 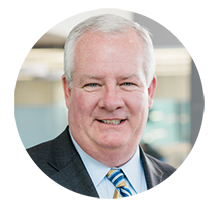 John Grady, ’89, is President of the Philadelphia Industrial Development Corporation, the city’s public-private economic development corporation. He currently serves on La Salle’s Board of Trustees. Tackling one of the largest office/industrial redevelopment projects in the city, Grady oversaw the acquisition and revitalization of Philadelphia’s Navy Yard, a 1,200-acre development offering the region a waterfront business campus committed to smart energy innovation and sustainability. His civic service includes the Board of Trustees at La Salle, the Archdiocese of Philadelphia’s Real Estate Advisory Board, the Board of Directors of the Chamber of Commerce for Greater Philadelphia, the Philadelphia Convention and Visitor’s Bureau, the Collegiate Consortium for Workforce and Economic Development, and the East Falls Development Corporation. Grady graduated from La Salle with a bachelor of arts degree in economics. He is also a graduate of Wharton’s Advanced Management Program.

About La Salle University    La Salle University was established in 1863 through the legacy of St. John Baptist de La Salle and the Brothers of the Christian Schools teaching order, which St. La Salle founded in 1680. La Salle University is an educational community shaped by traditional Catholic and Lasallian values, and has been consistently recognized for excellence and value by U.S. News & World Report, The Wall Street Journal/Times Higher Education, Money magazine, Forbes, and The Princeton Review. The New York Times ranked La Salle in the top 6% nationally for median income of its graduates at age 34. Globally, Lasallian education reaches over one million students in 77 countries on six continents; this includes more than 1,000 schools, universities, and centers of education, and 65 colleges and universities with six located in the United States.  www.lasalle.edu