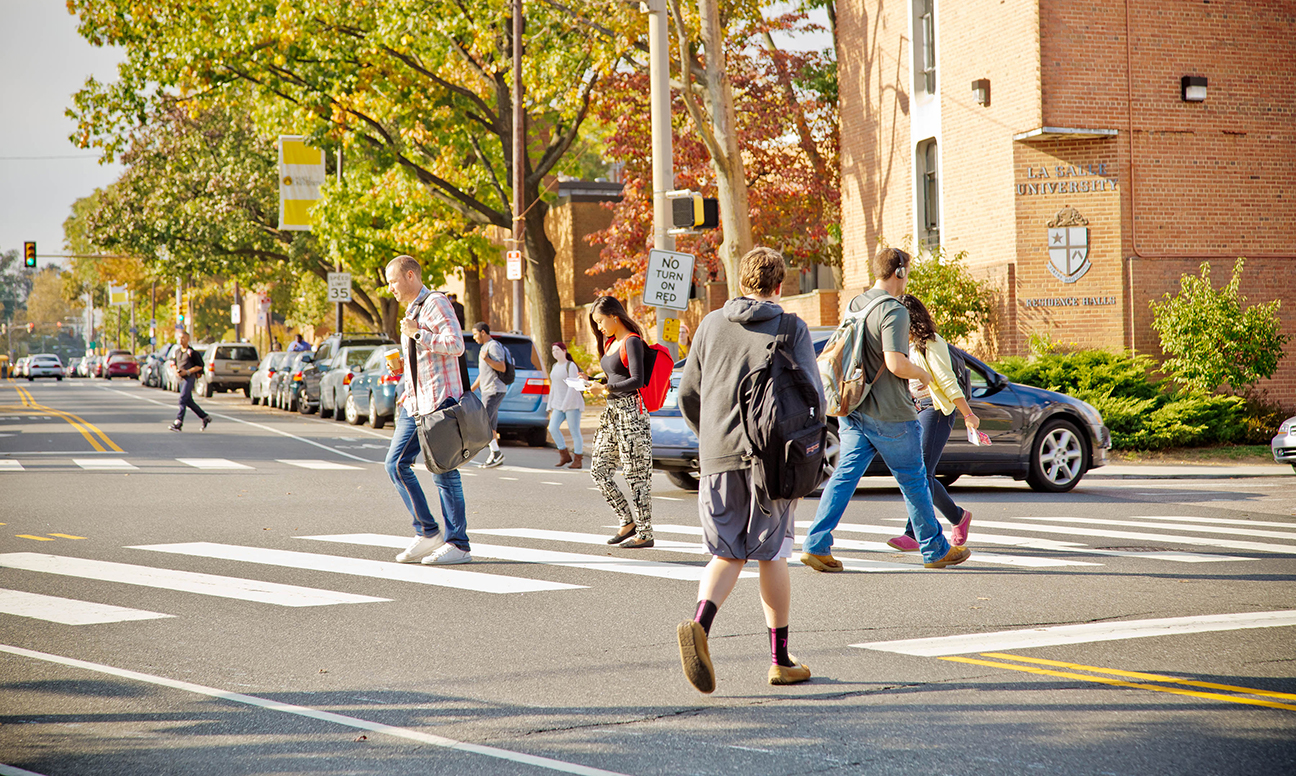 (Philadelphia) March 1, 2019 – La Salle University (“La Salle” or the “University”) today announced the launch of a Public Safety Action Plan (the “Plan”) in response to an unusual uptick in off-campus incidents involving students in recent weeks.

“The safety of our students, faculty, staff and visitors is our top priority,” said Dawn Soufleris, Ph.D., vice president, Division of Student Affairs. “This Public Safety Action Plan was designed to strengthen all aspects of public safety in response to what’s been an unexpected and uncommon increase of criminal activity off campus. La Salle has traditionally been one of the safest universities in Philadelphia, but we are taking these necessary actions to ensure the safety of our students.”

Immediate actions being taken include:

“The Philadelphia Police Department understands the concerns of the La Salle community due to this unusual increase in off-campus criminal incidents. We are fully committed to preventing further incidents from occurring and, through this intensified effort, will work collaboratively with La Salle Public Safety to ensure the safety of the community surrounding its campus,” said Captain Ernest Ransom, Philadelphia Police Department, 35th Police District.

In addition to the initiatives outlined above, La Salle already has established safety protocols in place including, but not limited to, the installation of more than 250 cameras and surveillance technology equipment, as well as the incorporation of RAVE and RAVE Guardian notification system/app for students, faculty and staff, which is available on the La Salle mobile platform. Furthermore, La Salle is working with the Campus Community to explore additional options to enhance public safety.

In recent years, La Salle University has consistently reported the lowest incidence of crime committed on or near campus when compared to the other large city colleges – making it one of the safest universities in the area.

La Salle University was established in 1863 through the legacy of St. John Baptist de La Salle and the Brothers of the Christian Schools teaching order, which St. La Salle founded in 1680. La Salle University is an educational community shaped by traditional Catholic and Lasallian values and has been consistently recognized for excellence and value by U.S. News & World Report, The Wall Street Journal/Times Higher Education, Money magazine, Forbes, and The Princeton Review. The New York Times ranked La Salle in the top 6 percent nationally for median income of its graduates at age 34. Globally, Lasallian education reaches over one million students in 77 countries on six continents; this includes more than 1,000 schools, universities, and centers of education, and 65 colleges and universities with six located in the United States.  www.lasalle.edu