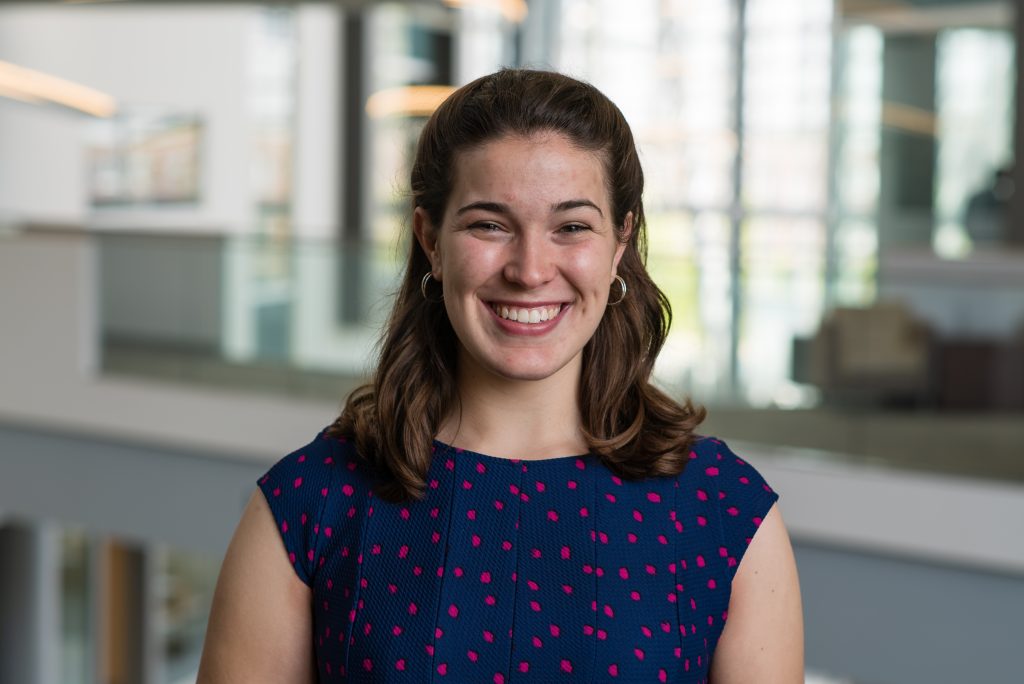 Graduating senior Maura Ford has received a Fulbright Scholarship to serve as an English teaching assistant and volunteer in an immigration agency in Mexico.  Ford continues the University’s longstanding track record of producing a large number of Fulbright Scholars, joining the 70 other members of the La Salle community who have held the honor.

In her time at La Salle, Ford has built a diverse resume. She serves as President of the American Sign Language Club, a member of the Sigma Delta Pi Spanish Honors Society, and a member of the Alpha Epsilon Alumni Honor society. She is also a former dancer in the Neo-African Drums and Dance organization. Ford also worked at the Center for Academic Achievement as a Spanish subject tutor and an office receptionist.

“Like everyone at LaSalle who knows Maura Ford and who has been involved in her candidacy for the Fulbright, I’m happy for her and proud of her,” says Brother Michael J. McGinniss, FSC, President Emeritus of La Salle. “She is, to my way of thinking, an ideal Fulbright Scholar: interested in and sensitive toward other cultures and societies; diligent in study of Spanish; and most importantly an all-around terrific person who enjoys the respect and affection of those who know her. She will be an engaging representative of the United States to Mexico, and an equally engaging representative of Mexico to her fellow Americans.”

After graduation and completing her year of service, Ford plans to continue working for immigrant rights.

“I intend to use my experience as a Fulbright recipient to grow my understanding of culture, language and diverse relationships in order to bring positive change to the immigration processes and perceptions in the United States. As an educator, an interpreter, and a leader, I hope to provide immigrants with valuable resources, such as legal, medical, and educational assistance. I aspire to build bridges: to create opportunities for those who seek to be part of the United States and to create an inclusive society in which everyone has a safe and decent life.”