Remembering “The Explorernaut,” La Salle’s Mascot that Reached for the Moon

It was one small step for man, one giant leap for mankind, indeed. The historic event of the first moon landing was watched live and in person by anestimated one million people who made their way to the beaches of central Florida to witness the launch of Apollo 11, while more than 500 million people around the world watched live on television.

Fifty years later, the moon remains the same as we left it, while things on earth have changed in extraordinary ways. That includes the La Salle mascot who has taken on various forms over the years, including an astronaut.

The “Explorernaut” made his debut in 1962 during a basketball game against St. Joseph’s University, usurping the original version of the cavalier-style mascot based on the 17th-century French explorer, de La Salle. 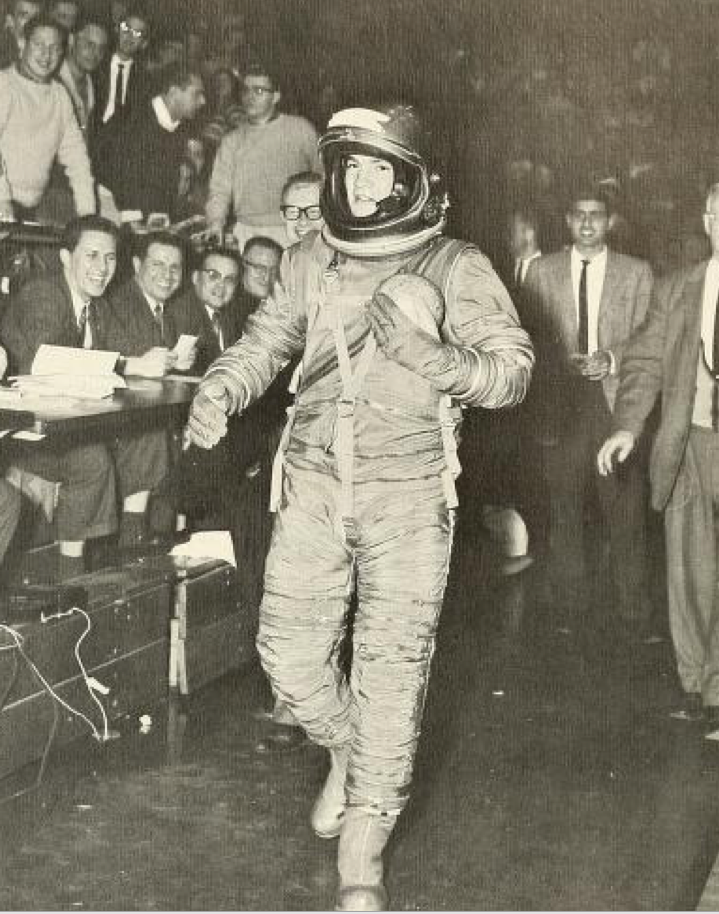 The Explorernaut was unveiled during an era when traveling to the moon seemed beyond the limits of human capacity and inspired generations of children to come to reach for the stars.

It even led some La Salle faculty to where they are today. Bill Weaver, Ph.D., Associate Professor, Integrated Science, Business, and Technology says his memory of the moon landing is one that stuck with him. “The 1969 moon landing is my very first memory as a three-year-old human,” he said. “Now 50 years later, after developing technologies for NASA as an adult, I have the privilege of assisting our students along exciting new careers with commercial employers such as SpaceX, Boeing, and Blue Origin as we strive to return to the moon to stay.”

La Salle’s mascot changed again in the 1990s into was often referred to as “The Tick,” a blue superhero-style character whose look wasn’t exactly well received. It wasn’t until 2002 that the Explorer mascot returned to an updated version of the French Explorer, receiving his most recent facelift in 2017.