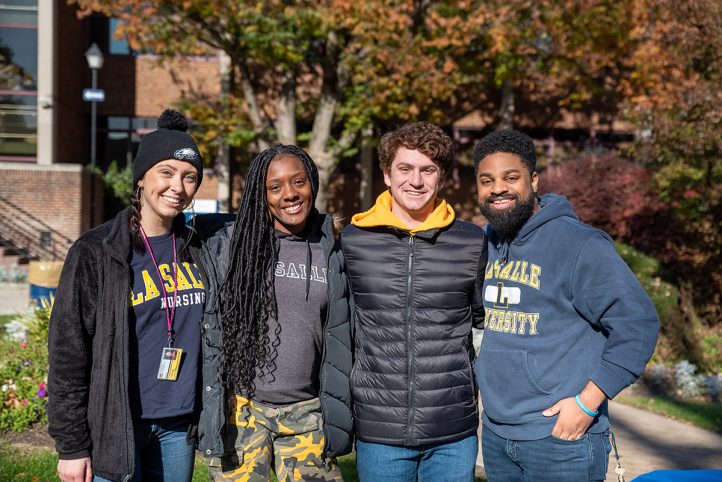 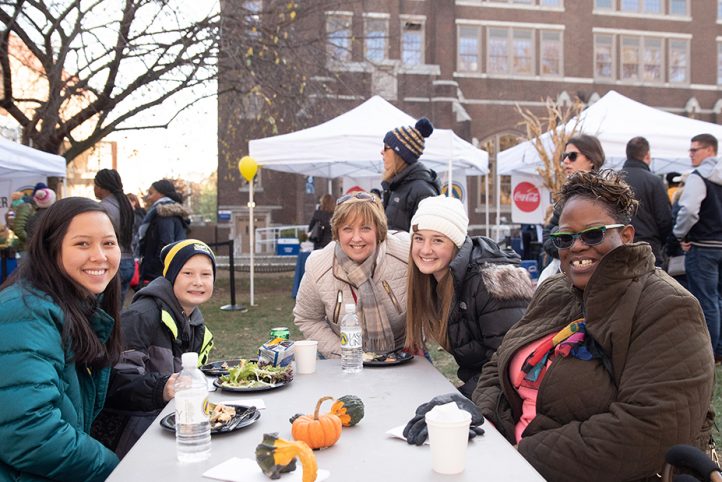 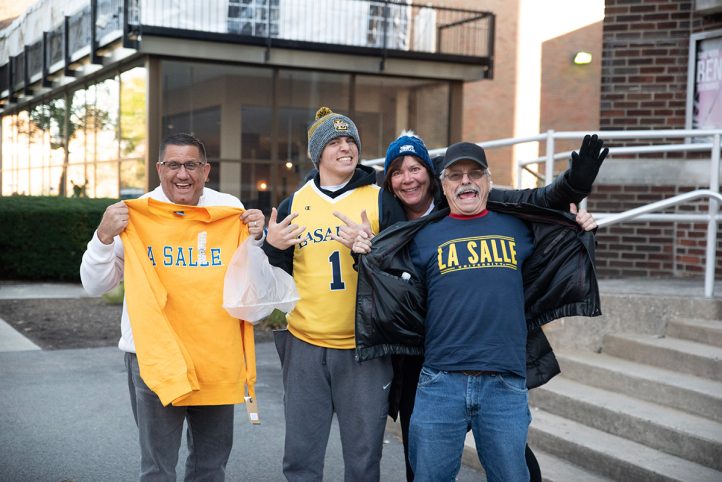 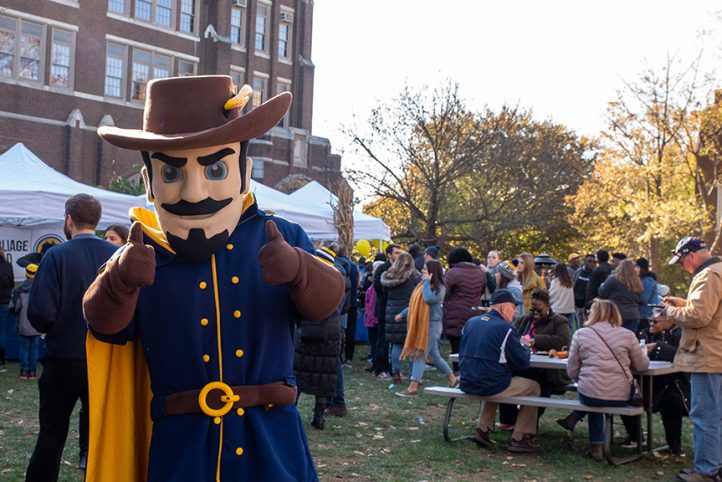 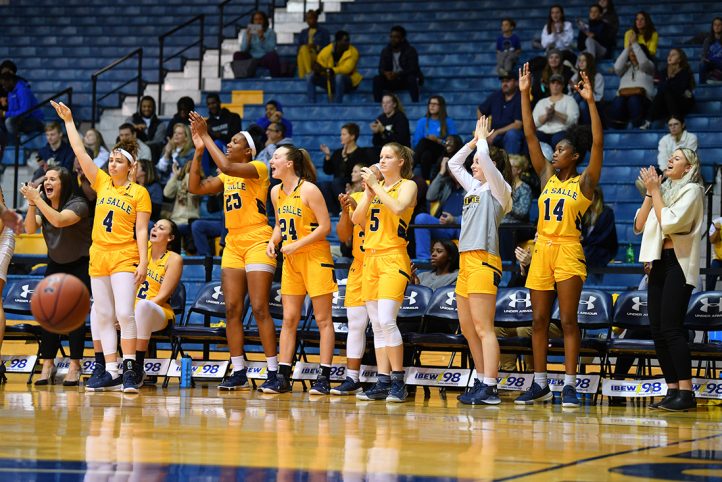 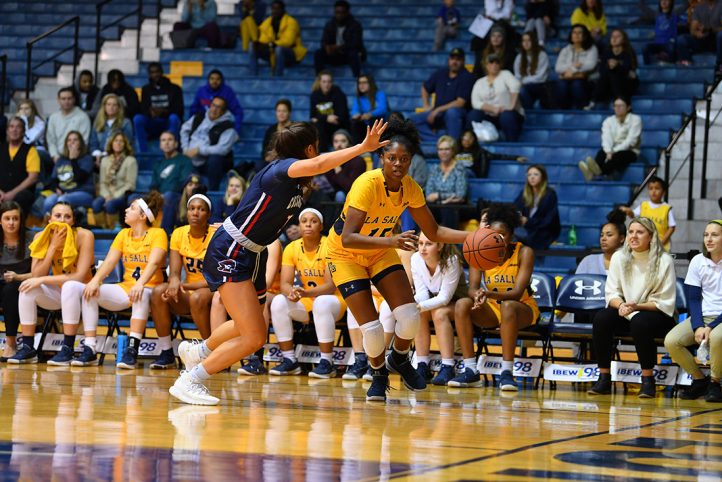 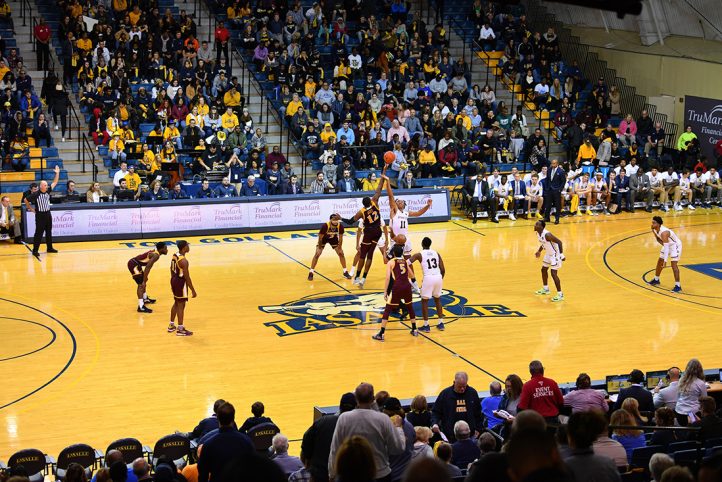 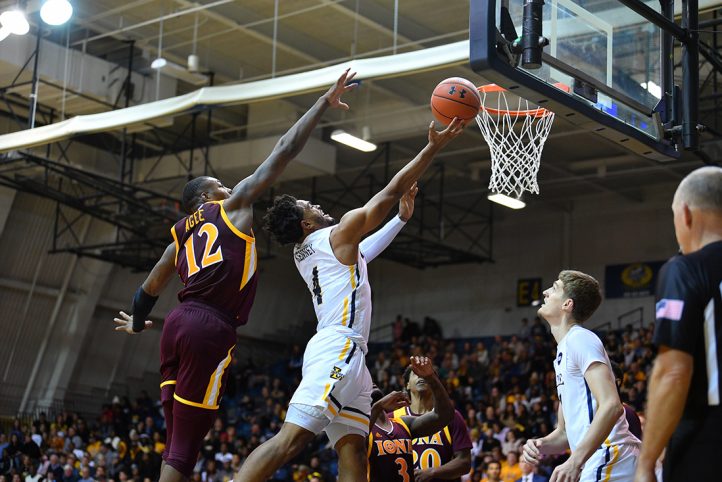 Overtime win for men’s basketball, Festival on the Quad highlight weekend of activities

La Salle University’s 2019 Homecoming and Family Weekend had something for everyone.

More than 1,500 people—including alumni, parents, students, faculty and staff—visited campus on the second weekend in November for 2019 Homecoming and Family Weekend.

“What an incredible weekend of celebrations to mark Homecoming and Family Weekend 2019,” said Dr. Colleen Hanycz, University President. “It is always great to be an Explorer, but it was especially true this weekend.” 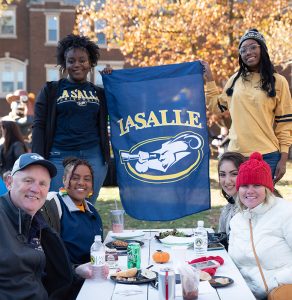 Fans filled Tom Gola Arena to capacity to see the men’s basketball team open its season with a thrilling overtime victory over Iona.

Young children and families watched with dropped jaws as students and faculty from the Chemistry department, led by Zeb Kramer, assistant professor, guided a chemistry magic show. Kramer, among other tricks, used a pickle to conduct electricity and ignited bubbles filled with methane. Whether at the Build-an-Explorer bear workshop, the face-painting station, or making art in the La Salle Art Museum, there were plenty of family-friendly options.

On the Quad, guests enjoyed the seasonably nice weather at an outdoor festival replete with dining areas and a DJ. Later Saturday evening, The Masque—the University’s student-run theatre organization—performed the second of two showings of Young Frankenstein.

Sunday, the University closed the Homecoming and Family Weekend festivities with a family mass in De La Salle Chapel followed by brunch with President Hanycz and the Christian Brothers.