Want to eat healthier during the holidays? Here’s how 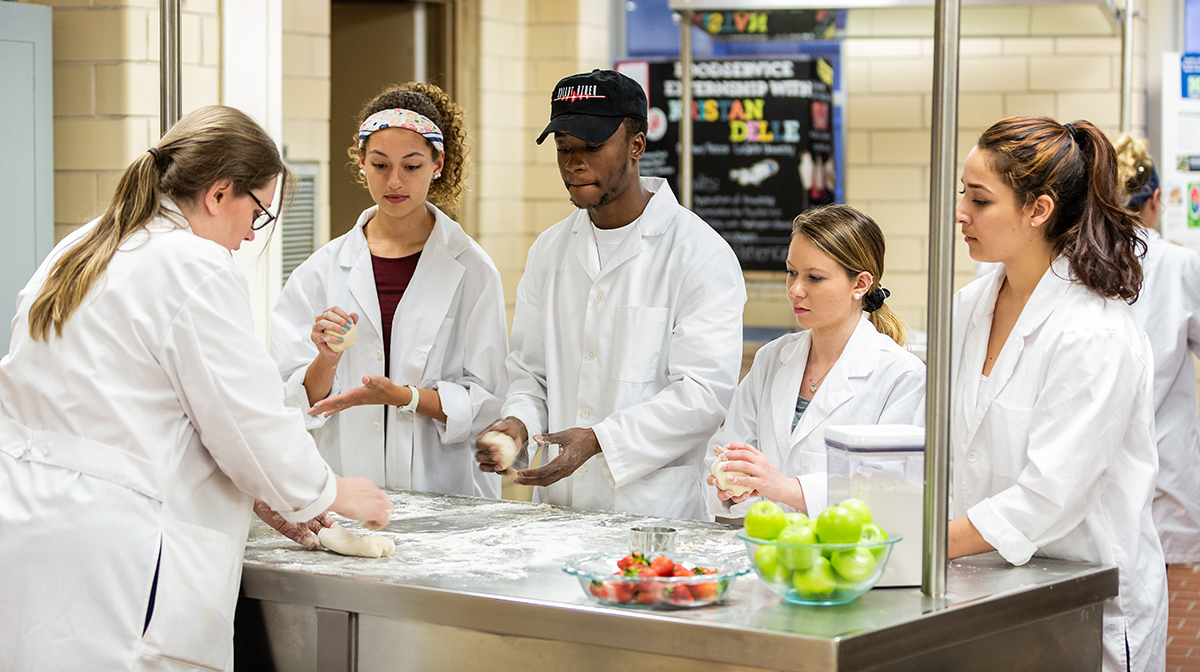 Laura B. Frank, a professor in La Salle University’s Department of Nutrition, shares tips to approach those upcoming holiday feasts without feeling guilty.

Dinner plates buckling under the weight of carved turkey. A heaping pile of mashed potatoes drizzled with gravy. Slices of pie layered with whipped cream. Trays of decadently decorated cookies.

Whether Thanksgiving, Christmas or New Year’s Day, the holiday season exposes each of us to overindulgence of dinners and desserts.

“You will be surrounded by foods you don’t typically eat, and in an environment where you’re encouraged to eat,” said Dr. Laura B. Frank, associate professor of nutrition at La Salle University’s School of Nursing and Health Sciences. “There are ways to eat what you love without feeling guilt-ridden that day or the next.”

Strategize. Admittedly, Frank loves pie. “I’ll buy four or five different varieties,” she said, “and I’ll eat a small slice of each of them.” Really? Really, she said, because she strategizes her holiday dinners.

Rather than pile food onto your plate, Frank recommends a first helping that features small portions of your favorites. Then, eat slowly and take time to savor the dinner. This approach gives you the freedom to go back for more without feeling guilty, while avoiding eating more than you would prefer or having to throw away food you could not finish.

Eat lightly early in the day. It’s not uncommon, Frank said, for someone to eat little to nothing in advance of a holiday dinner. The problem? Upon arrival at the party, you eat too quickly. “Starving yourself is not an approach any nutritionist would recommend,” she said. “Instead, eat lightly during the day. You will be fully present at the dinner table and you will actually enjoy your meal.”

Fill up without overindulging. Like your turkey with gravy and stuffing? Eat it without feeling guilty by using a tactic nutritionists call “volumetrics.” Lower-calorie foods like soup and salad can satisfy hunger, and still permit later indulgences.

“Control what you eat by including foods high in volume, but not in calories,” Frank said. “A salad, provided it’s not lathered in dressing, is a great example. A vegetable tray is another. These are foods high in water content that will take the edge off your appetite, allowing you to enjoy reasonable amounts of the calorie-dense foods you still crave.”

Be in touch with your body. Instinctively, we eat what we know we need and want to eat. Over time, and as we age, we tend to lose touch with our inner cues. This pattern, Frank said, leads to eating when we are combatting stress or boredom, or an inability to know when we are truly satisfied.

“This is called intuitive eating,” Frank said. “Before you go for that second helping, ask yourself, ‘Am I hungry?’ If you are, ask ‘Is this what I really want?’ Over time, you will find yourself beginning to make healthier choices, without having to sacrifice the foods you truly love. After all, eating is one of the greatest pleasures in life!”