A police officer finished his lunch and approached a La Salle University undergraduate to express his thanks. “No,” the student responded, “we need to thank you.” 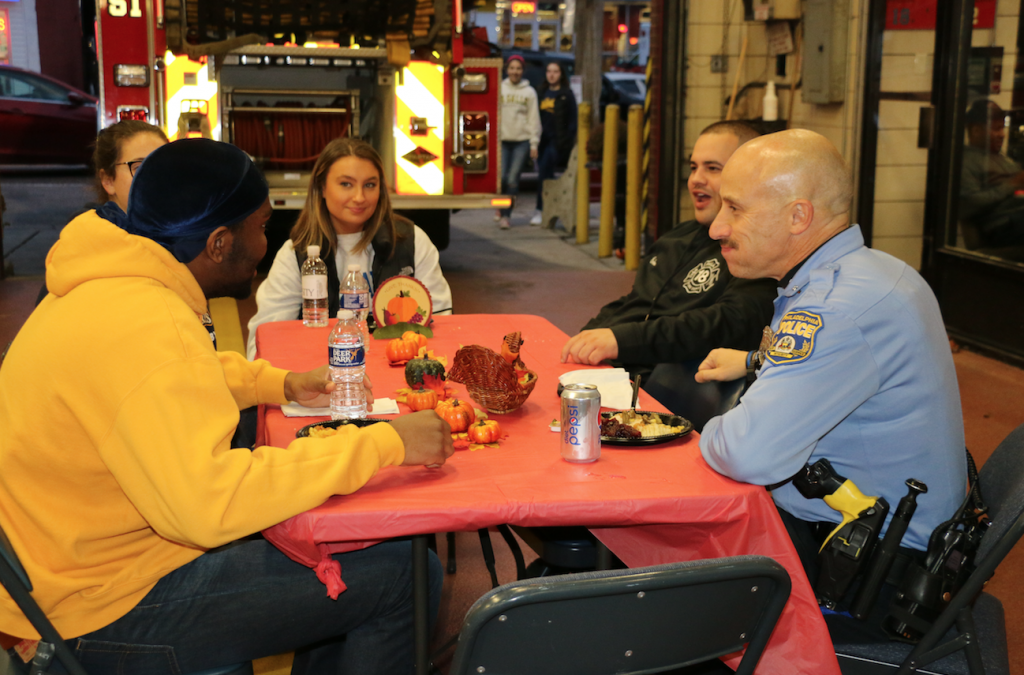 Students stopped by the 14th and 35th Philadelphia Police District headquarters, as well as Philadelphia Fire’s Engine 51 Ladder 29 to serve platters of freshly carved turkey, fluffy mashed potatoes and the rest of the usual holiday side dishes.

This marked the 20th consecutive year La Salle’s Student Ambassadors served Thanksgiving dinner to the men and women of the Philadelphia Police and Fire departments. La Salle’s Ambassadors liaise between their peers in the student body, as well as University administration, La Salle’s network of 50,000 alumni, and the entire University community and its surrounding neighborhoods. Rooted in community engagement and the practice of Lasallian values, the Ambassadors work to form mutually beneficial relationships among these multiple groups.

In acknowledgment of the Ambassadors’ two-decade tradition, the Philadelphia Police Department Advisory Council (PDAC) recognized the La Salle students during an award ceremony held in early November. Ernest Ransom, captain of Philadelphia Police’s 35th District, also issued a plaque to the students on the day they served dinners.

“The 20-year legacy of this program demonstrates the long-standing relationships fostered in our community,” said Cathleen Parsons-Nikolic, Vice President of University Advancement. “We are proud of this legacy, as well as the students who have led this effort.”

“Words cannot describe how grateful we are to have the Ambassadors around this time every year for the past 20 years,” said June Robinson, President of the 14th District PDAC. “The impact they have made on the 14th and 35th districts is priceless.” 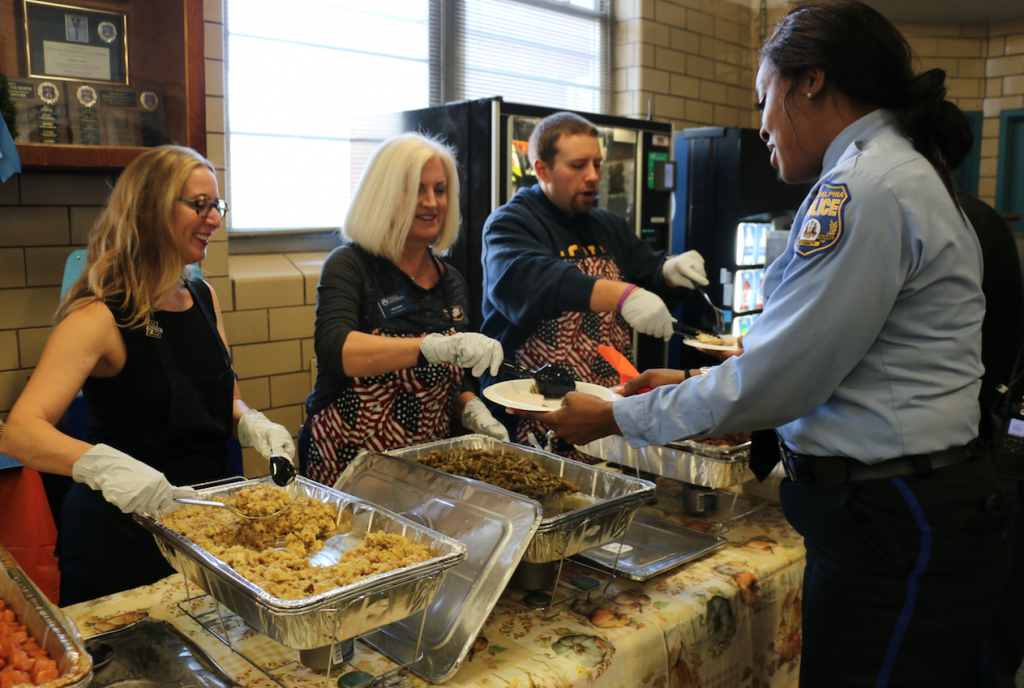 The Thanksgiving dinner tradition began in 1999 when Robinson, a former University employee in community relations, bridged her work at La Salle and her involvement with the campus’ block captains and PDAC. Today, PDAC helps La Salle students plan and serve meals at the event, while Student Ambassadors fundraise throughout the year to offset the related financial expenses.

“Serving Thanksgiving dinner for the past two years has been my favorite event as an Ambassador,” said senior Erin Mars, President of La Salle’s Ambassadors. “It has continuously been a rewarding experience because I get the honor of meeting the officers and firefighters who work to keep our campus and our students safe. I feel blessed to have someone like June honoring our organization. Our legacy on this campus is strong, but now I know that we have made an impact on our community, as well.”