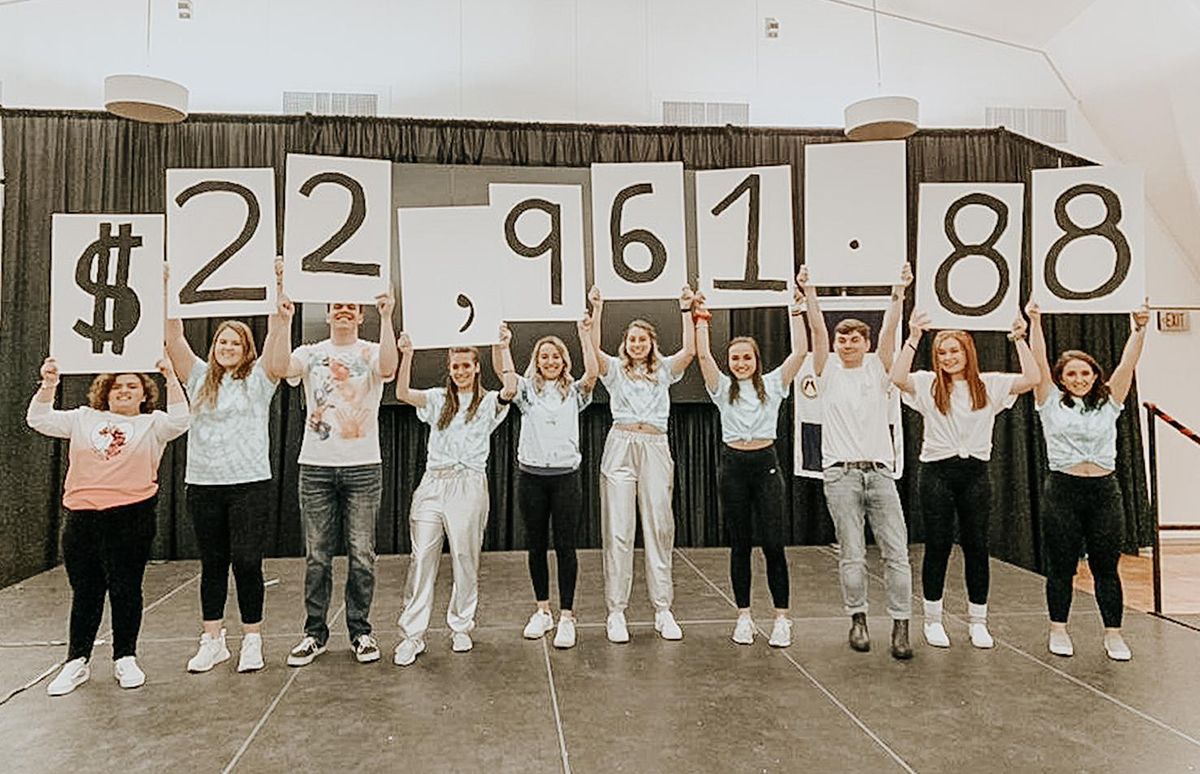 The second-annual Explorathon supported the B+ Foundation.

All told, roughly 325 students helped raise $22,961.88. Just as they did in 2019, for the inaugural Explorathon, the students cap their fundraising efforts with a four-hour dance party in the Union Ballroom. Billed as a dance marathon, Explorathon is “so much more than that.”

“It’s not about the dancing, really. It’s about the difference we’re making in the lives of children with cancer and the families who care for them,” said Kristen Kaisinger, a marketing major in the School of Business. “This event is a chance for La Salle students to make a difference, and once again we were able to accomplish that. To hit that mark and exceed what we raised last year, it was incredible.”

Kaisinger served on a six-person executive board overseeing Explorathon, soliciting and receiving donations from fellow students and families from November through mid-February. At 11:45 p.m. Feb. 15, the campaign ended in a flurry. The students worked their phones to bring in an additional $1,000 in the final 90 minutes to eclipse last year’s total.

The Foundation coordinated a visit that evening from a B+ Hero, a local child battling cancer. The young girl’s father spoke to La Salle’s students on her behalf.

“He shared what his little girl has gone through and what her treatments have been like,” Kaisinger said. “When you see her and hear what these donations mean to them, you know your work has made a difference.”

The B+ Foundation honors the life of Andrew McDonough, a Wilmington, Del., who died in 2007 at 14 years old following a battle with leukemia. His family encouraged him to be positive throughout his fight with childhood cancer. That motto also matched McDonough’s blood type—B+—and served as inspiration for the foundation.

The B+ Foundation pledges 97 cents of every dollar donated to support the fight against childhood cancer, which receives only 4 percent of federal cancer funding.

“For two years, our student-run fundraiser has brought together the La Salle community to achieve a common goal,” said Bridget Conaway, coordinator of La Salle Fraternity and Sorority Life & Leadership Programs. “Everyone has a story about how cancer has affected their lives or the lives of those they know. Together, and regardless of the organizations they are involved with, our students work to support the children and a brighter tomorrow.”