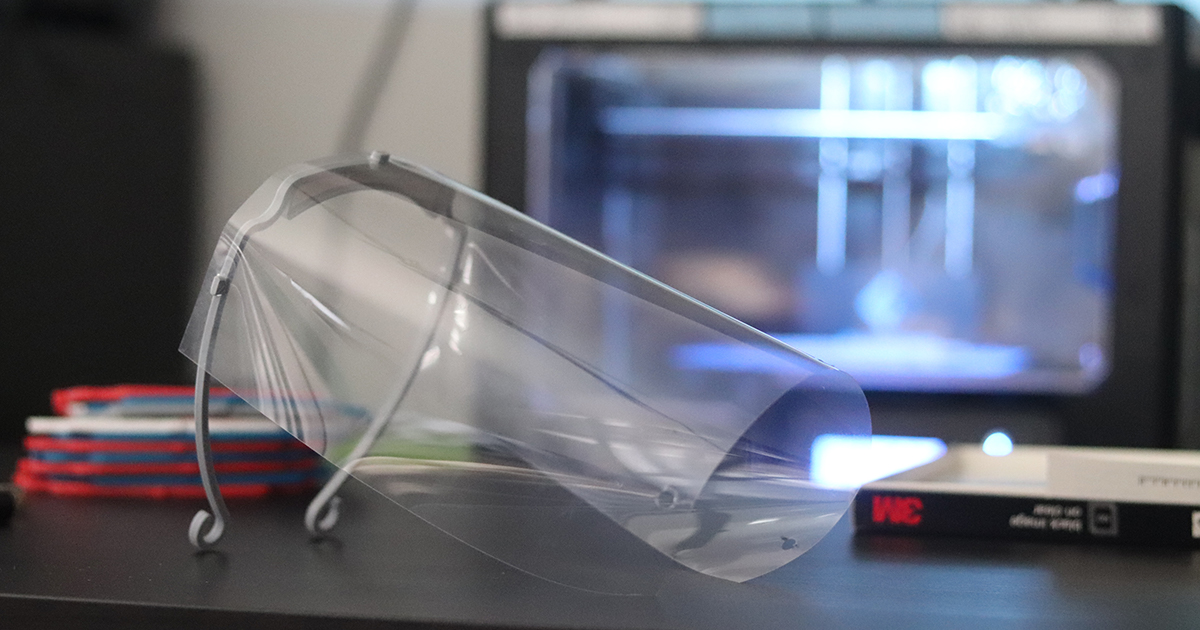 Trans “R.J.” Lualhati, ’16, used 3D printers from La Salle and personal resources to create and donate protective equipment that is in high demand. 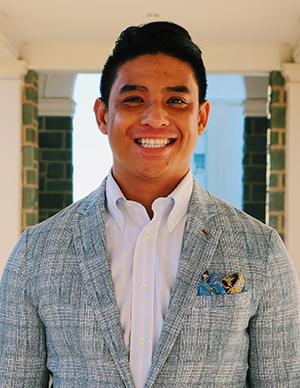 It started with an idea. Then a phone call to his mentor. What followed were the actions of an engaged citizen working tirelessly to support his community.

The global outbreak of the coronavirus disease COVID-19 spurred an idea by Trans “R.J.” Lualhati, ’16. A Materials Engineer with Johnson & Johnson, Lualhati wondered whether his professional skills in 3D printing would transfer to the flexible thermoplastic material used to make the personal protection equipment (PPE) in high demand among medical professionals.

So the La Salle University graduate called William L. Weaver, Ph.D., associate professor and interim chair of La Salle’s Integrated Science, Business, and Technology (ISBT) department, and asked if he could borrow La Salle’s four 3D printers—the ones Lualhati had used as an undergraduate—along with filament to use with the printers.

He financed the materials needed to produce the PPE and personally managed the operation and calibration of the printers in his Brewerytown apartment for five days—all while completing his professional work for Johnson & Johnson. 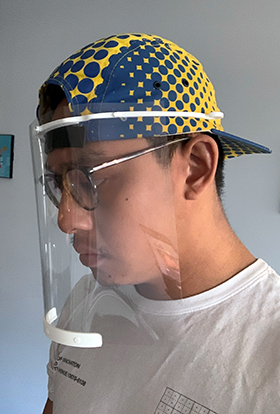 “This is my specialty. If you give me one assignment, I will find other work to do in parallel. It’s how my brain works and it’s how I got through my four years at La Salle,” said Lualhati, a Philadelpha native. “Since I am working from home, I can let the printers run when I am working, and when the parts are complete I can assemble them, reset the printers, and have them run again.”

Lualhati said the masks and face shields take 90 minutes to print, then an additional 10 to 15 minutes for assembly and a quality inspection. He owns a 3D printer, though it’s one much smaller than the four La Salle provided. When he realized designers were releasing open-sourced files to let others create the 3D-printed PPE, Lualhati felt compelled to step up—and La Salle was obligated to help.

“Our department has four of these printers sitting in our teaching laboratories while courses moved online for the remainder of the semester,” Weaver said. “R.J. reached out to see if they were available for use for this short-term project and we said, ‘Yes, absolutely.’”

Lualhati forged connections to area hospitals during his undergraduate days at La Salle, when he served as a 3D-Printing Biomedical Engineer for his business, Dashbot. He made calls to see if area hospitals needed additional PPE. He also had heard from his sister, Jhoanna, ’09, an oncology nurse at HUP, that she and colleagues were facing a PPE shortage, too.

“With this collegial partnership (with La Salle), it goes beyond the bond that I have formed with the ISBT staff,” Lualhati said. “It goes without saying that my education and foundation led me to acting in times of need with no notice.”