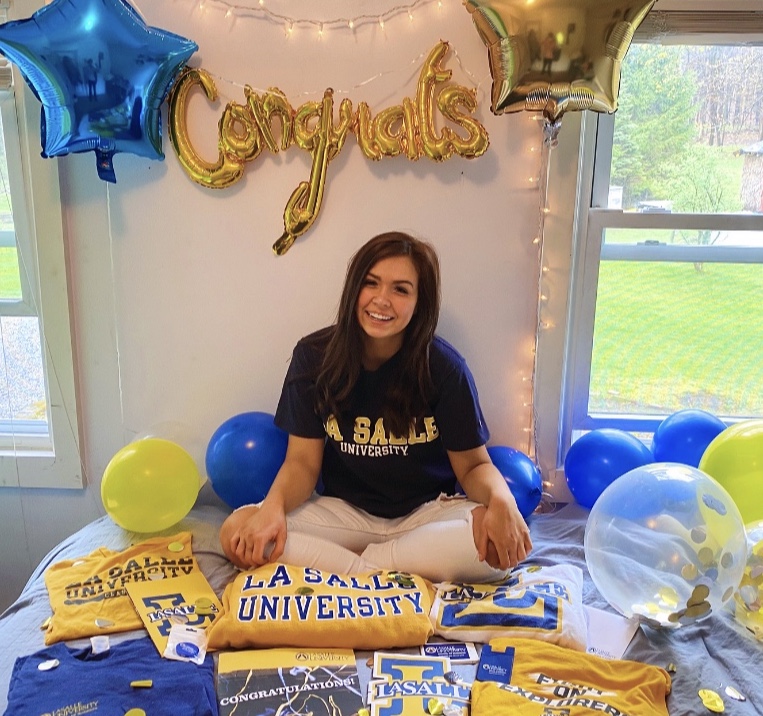 Well before Governor Phil Murphy announced that in-person graduation ceremonies would be permitted in the State of New Jersey, a commencement had already been scheduled for Vernon Township High School in Glenwood, N.J.

Those plans were put in motion because of Hailey Minter. 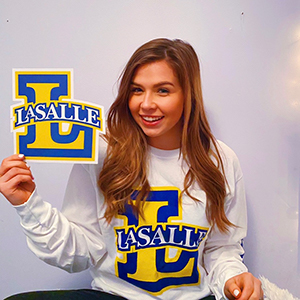 An incoming first-year student at La Salle University, Minter started a Change.org petition for an in-person ceremony when the school had announced plans for a virtual graduation due to the COVID-19 pandemic. After more than 800 people signed the petition, school officials agreed to hold a socially distanced ceremony on Aug. 5. Minter credits her outspokenness, along with a strong bond with her classmates, as key factors in her graduation plan becoming a reality.

“I had an issue with the virtual graduation,” said Minter, who will major in international business at La Salle. “My senior class is really close. We all talked about it. I started a petition and … I believed it could happen. It’s an amazing school with an amazing faculty and staff. Everyone really backed us on everything.”

Minter’s determination and initiative from her campaign for an in-person graduation are characteristics that will make her an ideal international business major, according to MarySheila McDonald, J.D., Dean of La Salle’s School of Business.

“To me, Hailey is a quintessential Explorer as she possesses zeal and a special Lasallian charisma,” said McDonald. “She is filled with enthusiasm and a deep desire to learn, explore, and immerse herself in the La Salle community.”

Business has been in Minter’s background from a young age. Her father, Chris, served as vice president of sales for Components Corporation, a New Jersey-based, family-owned electronics company. Her father died unexpectedly at age 50, during the summer of 2019. In discussing her father’s influence, Minter fondly remembered the many hours she spent at his office as a child and watching him work. As she grew older and developed an interest in business, Minter convinced her father to let her join him on business trips. It became clear, she said, that a business career was the path she wanted to follow.

“He brought me on a business trip to Las Vegas and it was the best trip of my life,” said Minter. “I got to sit in on all his meetings and dinners and talk to his co-workers from across the country. They would tell me, ‘You definitely have a voice for marketing. I can definitely see you in sales.’ And I was in Future Business Leaders of America at the time, learning about networking and connections, so it really got me off the ground.”

Minter said she first discovered La Salle University through an advertisement on Instagram. She will serve on the Student Advisory Board for the School of Business this fall while also participating in the Business Scholars Co-Op Program. Describing herself as a “self-advocate,” she said the opportunities for personal and academic growth at La Salle are what excite her most about attending.

“I hope to learn more about myself and the people around me and what I want to do with my future,” said Minter. “I feel there’s always something to learn. La Salle will give me the opportunity to do that. I really want to make an impact on the people that I meet and the things that I do.”