Uzbekistan native looks to forge her identity at La Salle 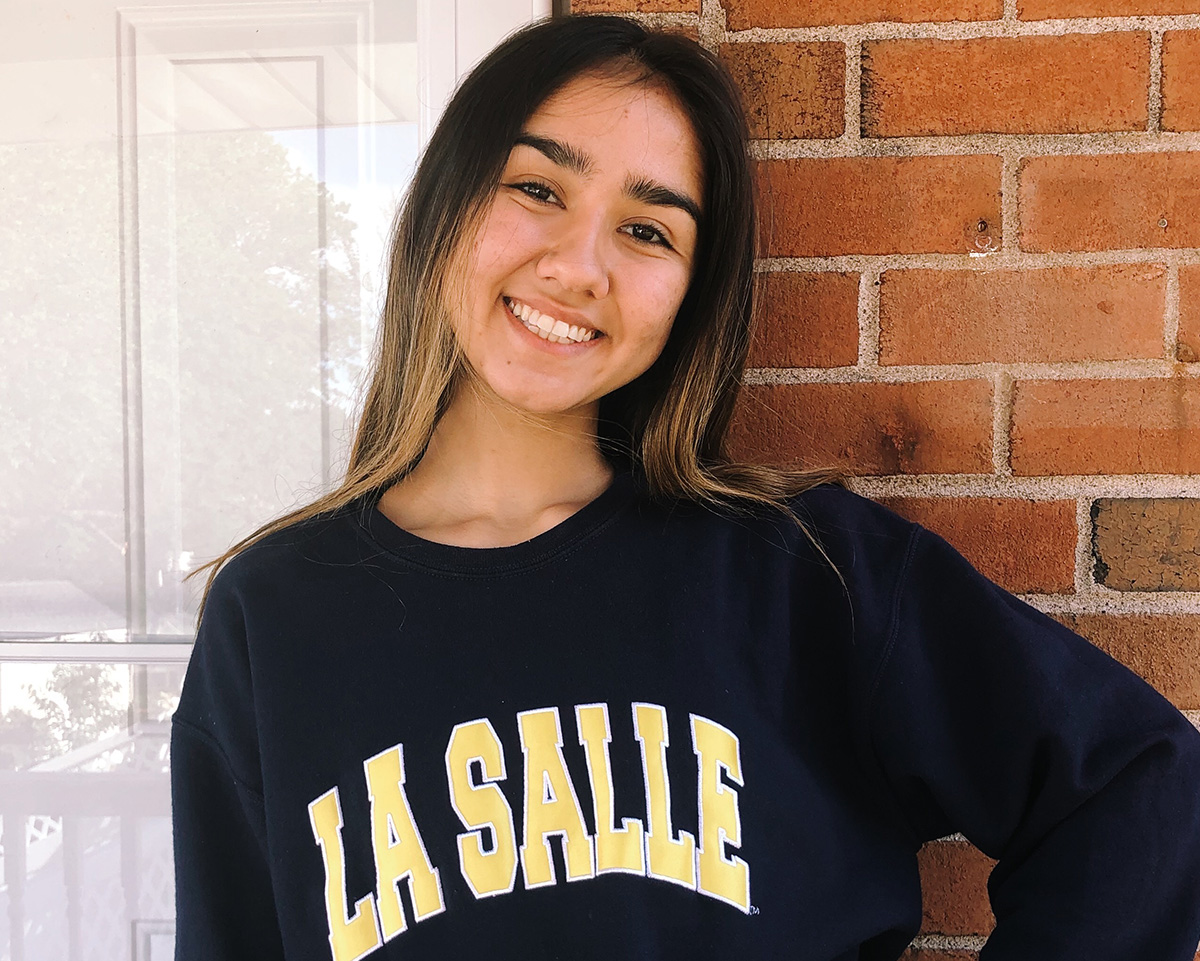 As a criminal justice major, Inti Fataeva wants to make a difference for the women of her home country.

Since arriving in Northeast Philadelphia from her native Uzbekistan at the age of four, Intizorhon “Inti” Fataeva noticed she was different.

First, there was the realization at pre-school that she didn’t look like her classmates.

“I’m a little dark-toned and everybody there was white,” said Fataeva, an incoming first-year student at La Salle University who will major in criminal justice. “I thought, ‘This is kind of weird. I didn’t expect this.’”

By the time Fataeva had turned 10, she noticed a more significant difference between her own developing values and the Uzbek traditions of her family, in which women are expected to be willing partners in arranged marriages by the age of 20.

“From a young age, I learned that (an Uzbek) girl’s duty is to be a housewife and stay home and be a caretaker,” said Fataeva. “It might be great for some, but it’s not for me. The more I went to school and learned about everything, I just kept saying, ‘That’s not for me.’”

Those cultural differences have fueled Fataeva’s individualism, while also creating a divide between her and her two older brothers and mother. (Her father died last year.)

Fataeva, who is attending La Salle on an Academic Discovery Program scholarship, will enter the University as a commuter student. Her culture, she explained, doesn’t permit women to leave the home until they are married. That is one of many issues about which she remains at odds with her family.

“My mother and I have had many heated arguments about what a woman can and can’t do,” said Fataeva. “My brothers and I don’t get along because of the cultural barriers between us—not only as in marriage, but the fact that they expect the woman to constantly be home. My everyday life consists of just school and home. Going out with friends is frowned upon for a girl.”

Even holding a job has been problematic, she said, because of the hours she was required to work.

“I used to have a job, but even that started causing a bit of a ruckus because I had late shifts,” she said.

La Salle appealed to Fataeva after she participated in the University’s Higher Education Initiative program, one of several at La Salle that allows high-performing high school students from the region to earn college credits, following her junior year at Magnet Northeast High School. Her initial plans to pursue a teaching career changed after she completed a criminal justice class in the summer program, taught by Brian Wyant, Ph.D., associate professor of sociology and criminal justice. Fataeva said she selected criminal justice as her major in response to domestic abuse incidents in the Uzbek community.

“I’ve seen and heard about a lot of domestic incidents in my community,” said Fataeva. “That got me interested in helping people in that situation. I started doing my research and learned help is so limited when it comes to domestic abuse. I learned that law enforcement can only do so much. I thought, ‘Maybe I can go this route and hopefully learn more and see if I can bring some change.’ I feel like I could make such a difference.”

Ultimately, Fataeva hopes to use what she learns at La Salle, along with her language skills (she is fluent in Uzbek, Tajik, and Russian) to make a difference for Uzbek women. She has her sights set on an internship with the United Nations.

“The United Nations helps people with so many issues, like hunger, disease, and human rights,” said Fataeva. “Hopefully, I’m able to get involved and go back to my native country to make a change.”

Having taught Fataeva in the Higher Education Initiative program, Wyant said his former student is positioned to meet the professional goals she has established for herself.

“As a high school student completing a college course at La Salle, Inti demonstrated she was ready to meet the challenges of college,” Wyant said. “With the combination of her course work at La Salle and her lived experiences, Inti will be uniquely situated to help others.”