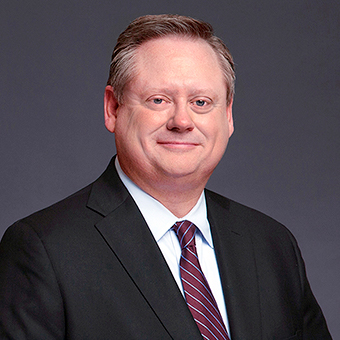 William W. Matthews, III, Esq., ’90, has been elected Chair of the La Salle University Board of Trustees following a July 8 unanimous vote by his peers on the Board.

Matthews had served as the Board’s Acting Chair since July 2019. A University Trustee since his election in 2007, Matthews will serve as Chair for the remaining two years of the current term, which concludes June 30, 2022.

He replaces Stephen T. Zarrilli, ’83, who elected to step down from his role as chair of the University’s Board of Trustees, due to health reasons. Zarrilli will continue to serve as a University Trustee—a position he has maintained since his appointment to the Board in 2012.

Matthews’ connections to La Salle span more than a half-century. His father, Bill Jr., ’76, and his sister, Maryann, ’89, each earned business degrees from the University. His uncle, Frank Reagan, ’69, also graduated from La Salle. With the Board, Matthews has served as a chair and member of the Trusteeship and Governance Committee, and a member of the Academic Affairs Committee.

Matthews is a partner with Klehr Harrison Harvey Branzburg, LLP, a law firm headquartered in Philadelphia and for which he chairs its corporate and securities practice group. He received his Bachelor of Arts degree in economics from La Salle University in 1990 and earned his J.D. from the University of Notre Dame in 1993. He and his wife, Nancy, are parents to four sons: Bill, 22, Christopher, 19, Zach, 17, Charlie, 13.

“Across many generations, and dating to our charter in 1863, La Salle University’s focus has remained with our students. That’s our covenant—putting our students and graduates in positions to succeed and become productive family members and community members,” Matthews said. “La Salle University’s graduates are tethered in the teachings of the Christian Brothers, and we will continue to produce strong members of society with the capability and propensity to lead.”

“Bill has been an active member of our community since his first day on this campus as an undergraduate,” said President Hanycz. “He has taught courses in our MBA program and is a past president of the University’s Alumni Association. He has been involved in countless roles at the university, formal and informal, for over three decades. Our Board is in good hands under Bill’s committed and focused leadership, and I remain grateful for his willingness to take on this critical role.”