Dismantling racism, according to Lasallian educators 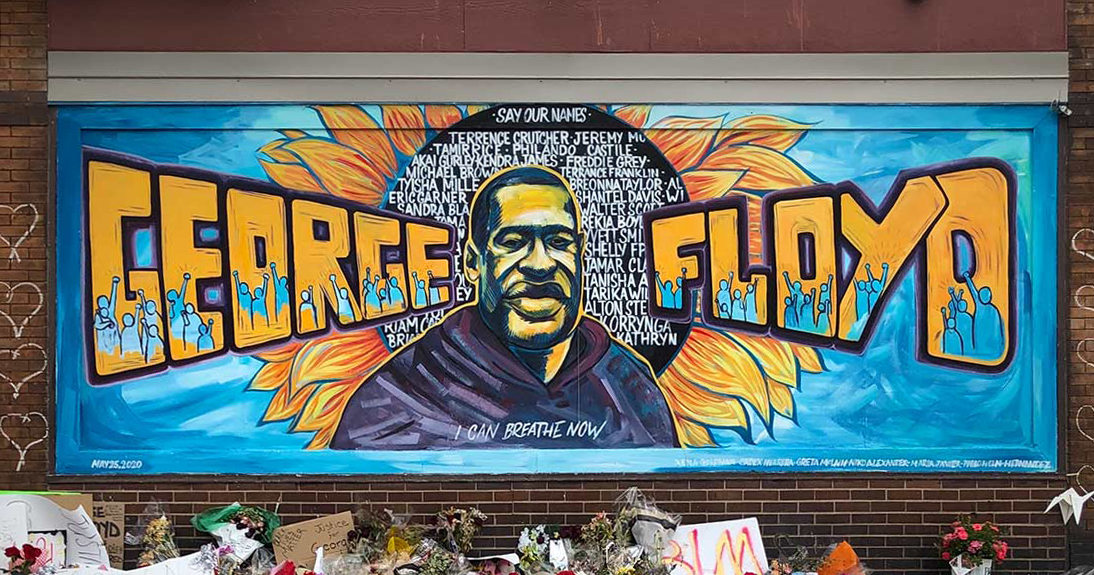 ‘Historic moment’ gathered Lasallian educators and students for discussion on ending systemic racism and the pursuit of racial justice.

The death of George Floyd in Minneapolis ignited a series of protests across the United States and around the world. These events possess a commonality: The demonstrators’ shared pursuit of racial and social justice.

“We watch crowds of people of every age, skin color, gender, ethnicity, sexual orientation, religion and no religion take to the streets to cry out against deep-seeded structural anti-Blackness,” said Ernest J. Miller, FSC, D.Min., La Salle University’s vice president for mission. “The racist ideology that emerged out of American slavery still persists, framing Black people as ‘dangerous and likely criminal.’ It shows the distorted moral narrative of our democracy, which we must play our own part in deconstructing.”

Organized by the Lasallian Association of Colleges and Universities (LACU), “Responding to Racism” acted as a call for racial justice on Lasallian campuses and in the world following Floyd’s death in May following an encounter with police. The 90-minute event joined the six institutions that comprise LACU in the Lasallian Region of North America (RELAN): Christian Brothers University, La Salle University, Lewis University, Manhattan College, Saint Mary’s College of California, and Saint Mary’s University of Minnesota.

Frances Sweeney, Ph.D., vice president for mission at Saint Mary’s College of California, described the panel discussion as “a historic moment” and “the largest gathering of the Lasallian network,” drawing more than 1,600 registrants across 34 countries. “Responding to Racism” is but one event launched in the aftermath of Floyd’s death and inviting the Lasallian and Catholic family to come together for discussion and action and to work toward racial justice and equity.

Three panelists used lived experience as a frame of reference for their daily encounters with racism.

Hayden Greene, the founding director of multicultural affairs at Manhattan College and the coordinator of its Multicultural Center, described how he nervously checks the fit of his bicycle helmet as he pedals past police officers. Kristi J. Kelly, Ed.D., chief diversity officer and director of multicultural student services at Lewis University, shared an encounter during which she had been profiled by a waiter in a restaurant she regularly visited. Luisa Marcela Ossa, Ph.D., associate professor of Spanish at La Salle and chair of its undergraduate Spanish program, recounted how her mother, for years, would straighten her hair.

“She felt obligated to chemically alter her hair in order to retain her job and support her children,” said Ossa, whose work explores the African Diaspora in Latin America as well as historical, cultural, and social ties between people of African and Asian descent in Latin America and the Caribbean. After her fellow panelists Kelly and Greene discussed being racially profiled despite their degrees or while wearing professional attire, Ossa also shared that her husband and uncle have been profiled, “Experiences like these demonstrate that you can be victimized by racism, and it does not matter how many degrees you have or how well you are dressed.”

The fourth panelist—Maureen O’Connell, Ph.D., associate professor of Christian ethics in La Salle’s Department of Religion and Theology—said she has a privilege unique to those with whom she shared the panel, one that allows her to “tap in and tap out” of racial justice work. Tapping out is no longer an option, said O’Connell, who pointed to exclamatory, nationwide calls to action.

“Enough is enough with performative statements, empty gestures, and people saying, ‘I’m not racist’ and ‘But my people didn’t own slaves,’” said O’Connell, whose forthcoming book with Beacon Press examines five generations of her family’s entanglements with racism in Catholic Philadelphia. “One opportunity that is different about this moment is we have more clarity and receptivity of the diagnosis being brought forward. Up until now, White America has been largely reluctant to hear not just calls for social justice, but for racial justice. And not just naming racism, but naming anti-Black racism. That clarity of language and in diagnosis helps in the response. It’s not enough for White people to say, ‘I’m not racist.’ There’s a distinction between being non-racist and anti-racist.”

If Lasallian colleges and universities are to amplify their participation in justice creation, Miller said, these institutions need to embrace what he called “a critical pedagogy—a discourse of educated hope and possibility—across the curriculum and co-curriculum of each of our schools, universities, and other centers of education.”

“Let us provide those entrusted to our care with the prophetic sensibility of Brother John Johnston, FSC, who called us to be indignant about human beings, most especially children, suffering under the weight of social imbalance,” Miller added. “Let’s provide our students with Martin Luther King, Jr.’s prophetic quest to become not just a Good Samaritan; rather, to become an agent who transforms the Jericho Roads of life so no one is terrorized or traumatized or hated by other human beings.”

La Salle President Colleen M. Hanycz, Ph.D., is among the executive leaders of Lasallian institutions who has stated publicly and clearly that Black lives matter. President Hanycz, in a June 16 letter to La Salle’s community, outlined action steps that will help the University and its community address systemic racism. Steps like these are critical, Greene said.

“It’s not about murals and speaker programs anymore. We’re past that,” he said. “It’s about real, actionable items that will dismantle racism.”

Added Kelly: “Universities and institutions can’t eliminate something we can’t or won’t identify.”