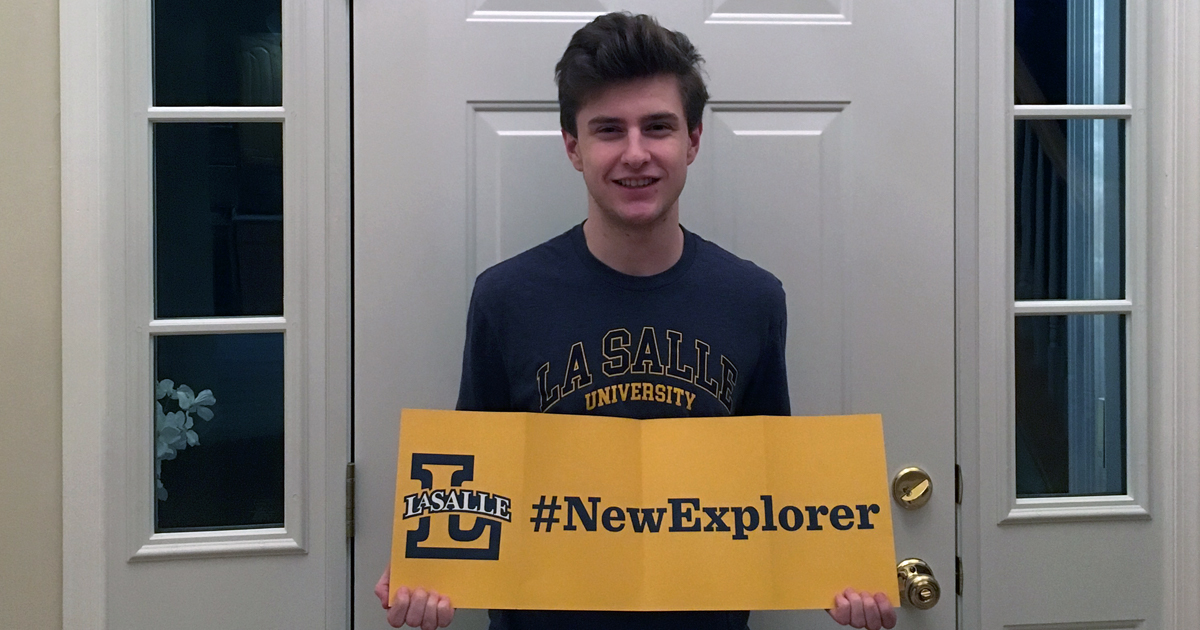 Eric Wilson, an accounting major, is a volunteer firefighter and a La Salle legacy.

Following in the footsteps of his two older brothers is familiar territory for Eric Wilson. He did so at Bishop McDevitt High School in Wyncote, Pa., where he balanced a busy workload that included academics, athletics, and other extra-curricular activities. And he did it when he turned 16 and joined the North Penn Volunteer Fire Company.

An incoming first-year student at La Salle University, Wilson said the experience of serving as a volunteer firefighter allowed him to acquire life skills unique to the harrowing situations he would encounter on calls.

“We have a saying (at the North Penn Volunteer Fire Company),” said Wilson. “It’s, ‘We train to show up on someone’s worst day.’ We do our best to make it the best we can, but the nature of the situation is that it is still a bad day for somebody. Keeping a level head in those difficult situations is a very useful skill to have.” 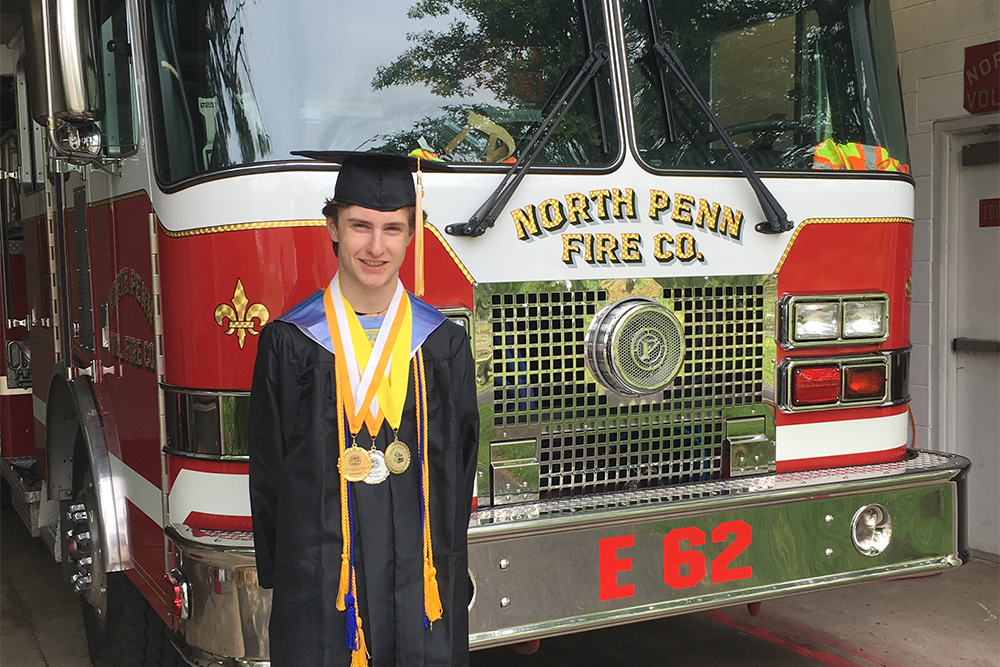 An accounting major in the BS-MBA program at La Salle’s School of Business, Wilson is set to follow in his brothers’ footsteps once again. He will become the fourth Explorer in his immediate family to attend La Salle. His brothers Mark, ’16, who earned a B.A. in communication and marketing, and Alex, ’20, who earned a B.S. in Business Systems and Analytics, joined their mother Anne Marie, ’84, and several other family members who have studied at the University.

The legacy aspect didn’t singularly draw Eric Wilson to La Salle. Though he said he fielded scholarship offers from nine colleges and universities, Wilson felt the potential opportunities available through La Salle’s School of Business were too good to pass up.

“It came down to the program and the opportunity,” said Wilson, who is attending La Salle on a Founder’s Scholarship, a Legacy Scholarship, and the Brother Anselm Murphy Scholarship. “La Salle had, by far, the best opportunities and programs of any school I was looking at. The four-year BS-MBA program in accounting and the Business Scholars Co-Op Program  are just unbeatable.” 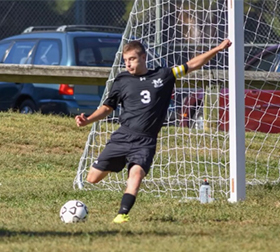 A high-performing student at Bishop McDevitt, Wilson graduated with a 4.2 grade-point average, while taking honors, Advanced Placement, and college-level courses—through which he earned 12 credits transferrable to La Salle. Even with that challenging course load, he still managed to play varsity soccer, football, and baseball, and participated in other programs and clubs like robotics, TV-Studio, and world affairs. He credits his brothers with instilling in him the discipline and focus required to balance it all.

“I saw how they took advantage of all the opportunities that they had,” Wilson said. “They were both equally as involved in athletics and academics. I’d go to school, and that was time to learn. Then I’d go right to practice, where I got to hang out with all my friends. So that was like my social time, but also fun and athletic. When I’d get home, it was time to work.”

Professionally, Wilson said he is keeping an open mind about how he will use his future accounting degree.

“One of the things I would like to possibly do is work for the FBI in a white-collar crime unit,” Wilson said. “My best friend’s parents are FBI agents and did accounting as their major. It’s something I’m thinking about as a goal beyond my Lasallian education.”