From the pandemic to protests, graduates of La Salle’s communication program explain the professional challenges they have faced in 2020.

For those in the news media, covering the events of 2020 has required a high degree of skill and agility.

Graduates of La Salle University’s undergraduate communication program who are working in the news media have faced these challenges head-on and have adapted while leaning on storytelling skills that were formed during their time studying at La Salle.

“Many schools prepare students for media careers by focusing on how to do certain things—using certain technologies or learning specific software programs. We don’t think that’s enough,” said Marianne Dainton, Ph.D., professor and chair of the departments of communication and digital arts. “We want our students to develop technical skills while also becoming critical-thinkers and problem-solvers. It doesn’t surprise me in the least that our alumni have demonstrated how to creatively pivot in these unprecedented times.”

These graduates offered unique perspectives on the professional challenges they have faced in 2020, and how their education at La Salle prepared them to handle those challenges. 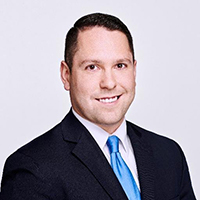 On March 10, Matt DeLucia covered a press conference at which Philadelphia officials announced that the city’s St. Patrick’s Day parade would continue as planned despite confirmed coronavirus cases in the U.S. Several hours later, the parade was off.

“That’s when everything started to change,” said DeLucia, for whom safety has been paramount in his job as a weekday reporter at Philadelphia’s NBC10.

All reporters at the station were paired with a single photographer to prevent cross-contamination. Microphone extension poles became the norm in order to conduct physically distant in-person interviews. DeLucia and his photographer devote time each day to cleaning every piece of equipment with disinfectant wipes.

In late May, peaceful demonstrations in Philadelphia following Floyd’s death later turned into protests and acts of looting.

“Our instinct is to get out of the truck and start reporting, but it was such a volatile situation,” said DeLucia. “My photographer said, ‘Let’s stay in the car, and we’ll do the entire live shot from the car.’ We were just driving through the parking lot, and I’m just narrating what I’m seeing. That was a different way to tell the story without throwing the light up and saying ‘Hey, we’re on TV.’ We tried to do it as discreetly as possible, while still showing the reality of what was going on in front of us.”

The reporting skills DeLucia honed at La Salle have been critical.

“The La Salle communication department gave me confidence to go into the field knowing that I have the skill and the talent to tell the story that needs to be told,” he said. “There’s so many different classes at La Salle where you learn TV production, journalism, and interpersonal communication. All those skills came together (in 2020). They’re with me every day on my job.” 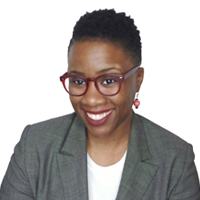 When Queen Muse was named lead writer and editor of Philadelphia magazine’s new life sciences-focused digital section NextHealth PHL in May 2019, there was no way to envision that within a year, she would be covering a pandemic radically altering nearly every aspect of daily life. It was about a month before the city went into lockdown in March that COVID-19 became Muse’s focus.

“In mid-February we realized it was going to be something that, as a health columnist, I’d have to cover on a regular basis,” said Muse, who serves as an assistant professor in the Department of Communication at La Salle. “We have been making sure almost every story is giving some updated information about what’s happening with COVID-19, or, now that we have gone through this major civil unrest, changes in the city around public health and racism.”

The focus of Muse’s coverage has ranged from reporting on the work of local companies like Inovio Pharmaceuticals in Plymouth Meeting, Pa., to develop a coronavirus vaccine, to the efforts of medical professionals like Dr. Ala Sanford, who is trying to increase coronavirus testing within Philadelphia’s African-American community. As Muse has reported on the rapidly evolving developments, she has been learning, as well.

“By doing these stories, I’m helping to educate the public about how they can keep themselves and their families safe,” said Muse. “And speaking with researchers and public health experts has informed the decisions I’m making in my daily life. An extension of that is what I tell friends and family they should be doing to keep themselves safe.”

“Journalism professors like Huntly Collins helped me learn how to articulate myself,” Muse added. “And Lynne Texter, in presentation class, really honed in on this idea of standing in your confidence, in your knowledge, and the things you know. Those lessons really prepared me for this experience.”

The coronavirus radically altered Vittoria Woodill’s “Taste With Tori” segments, which focus on local restaurants and specialty food shops. Unable to get on location with restauranteurs, bakers, and food merchants, like viewers had grown accustomed to seeing, Woodill pivoted and began having chefs set up in her garage for segments that have been rebranded “Takeout With Tori.”

“It shows you really can make anything work,” said Woodill, a feature reporter with Philadelphia’s CBS3. “The food gets delivered to my house, I interview the business owners six feet apart, the photographer shoots the segment with social distancing, and we make it work. You’ve got to make lemonade out of lemons.”

In addition, Woodill has also been shooting remote segments with her smartphone to highlight bright spots during the pandemic—like virtual cultural events or nurses making facemasks for community members. Creativity during the pandemic has been key. To that end, Woodill pointed to her experiences at La Salle as instrumental.

“La Salle really fostered my creativity and my natural instincts,” said Woodill. “I worked closely with Dr. (Lynne) Texter. I’d come to her with ideas and she was always listening, fostering those qualities of mine. La Salle gave me the support to where I was confident in my own instincts to be able to say, ‘You know what? I can handle this,’ and I’ve been able to.” 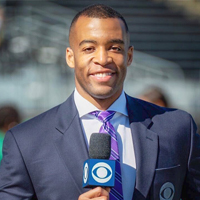 At first, the cancellation and suspension of sports seasons left Justin Walters with little to cover.

During the pandemic, Walters has become a utility player for New York City’s WPIX-11—to use sports parlance. He has been contributing news reporting, while shooting his own video and editing it from home. He’s also been covering sports stories that reflect the times, like tracking the reaction of athletes to Floyd’s death and the subsequent unrest. Having to wear so many hats at once, Walters said, has strengthened his skill set as a reporter.

“I cover sports, but I consider myself a storyteller,” said Walters, who also works as a sideline reporter for CBS Sports. “I may not know everything about the laws and the language used when it comes to convictions and arrests in hard news stories, but I’m learning. All journalists are going to come out of this with much sharper skills. I’m definitely going to be able to handle anything.”

Walters’ first opportunities to learn on the job took place at La Salle, when he served as a producer and  anchor for La Salle TV‘s SportsLine.

“It would be easy to get students to cover the basketball team, but it was tough to get people to cover volleyball or soccer,” said Walters. “That led to a lot of adapting on the fly. Every show we did, we knew we were going to have to deal with something that we couldn’t prepare for. That’s what I’ve dealt with in TV all along. Expect the unexpected and be comfortable stepping outside of your comfort zone. That’s especially true now.” 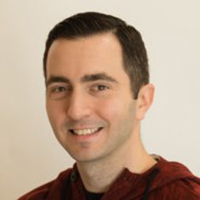 There was little time for Ryan McCarthy to get up to speed with the technology required to perform his job from home, when most of his staff were required to work remotely due to the pandemic.

“Basically, we started from a sprint,” said McCarthy, executive producer of the nightly 11 p.m. newscast on Baltimore’s WBAL 11. “I usually sit on a double-monitor screen. Learning how to do that from my bedroom made my job slower. It took a couple weeks to get into the flow, but once everyone realized their role and how to do it to the technical standards of a newscast, it all went smoothly.”

Some components of McCarthy’s work remained the same—like adherence to journalism standards, even while details around the pandemic seemingly changed minute to minute. The unrest in Baltimore following Floyd’s death required McCarthy to make quick decisions to protect his staff in the field.

“I would never be able to live with myself if I made somebody do something that they weren’t comfortable with and they got sick or they got hurt,” said McCarthy, who mentioned his crew got “too close once” during the demonstrations. “They were getting hit with tear gas, and a photographer fell (while) on the air. Once we regrouped, we said, ‘We have to make sure everyone is in a safe place.’ We have to meld the safety and the coverage.”

“You can feel kind of burned out or overwhelmed with one thing after another,” he added, “but you’ve got an important job to do. You’ve got to keep that in mind.”