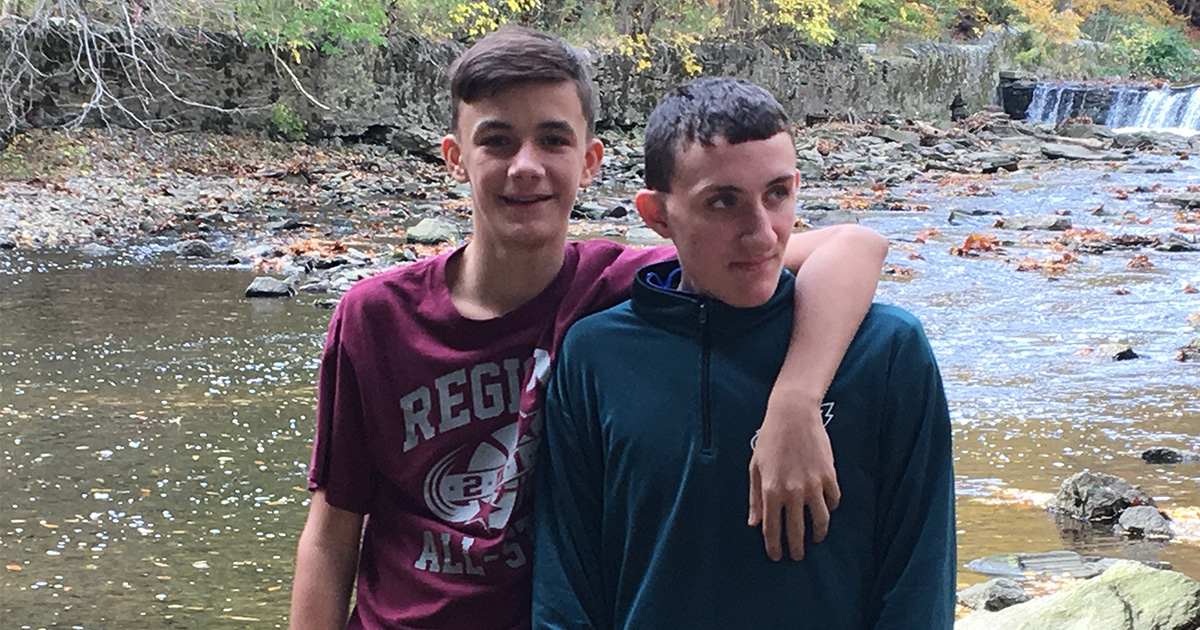 Various factors can inform a college student’s decision to live on campus or commute there daily.

For James Trifiletti, an incoming first-year student at La Salle University, his decision to commute from his family’s home in Bensalem, Pa., is a very personal one. This path will ensure Trifiletti can continue to devote time to and help care for his fraternal twin brother, Patrick, who has nonverbal autism.

“I don’t want to leave him yet,” said Trifiletti, who will major in business management. “I feel like I have a duty to still be at home and help him, and my parents appreciate my help.”

As he prepares to take on the increased academic responsibilities of college, Trifiletti has been contemplating the ways in which his relationship with his brother may change. The brothers spend time swimming together and going for car rides, often communicating with a customized iPad and by using sign language.

“The iPad is designed just for him,” said Trifiletti. “If he wanted to go swimming, he’d touch (an icon) and it would say, ‘I want to go swimming.’ We’re also trying to do facilitated communication, where he points to a certain letter he wants to type, and it types out words for him.”

Trifiletti realizes that making time for both his brother and his coursework could be a delicate balancing act.

“The time management is hard. I always want to be with him and help him as much as possible,” he said, “but I also have to focus on myself.”

Family is important to Trifiletti, who has spent the last two summers working for his father’s business, ABC Sign Systems, a company his grandfather started in the 1950s. Trifiletti cites his father’s work ethic as an inspiration and the impetus behind his decision to major in business at La Salle.

“My dad wakes up at 5:30 every morning and goes straight to work. I don’t know how he does it,” said Trifiletti. “I’ve noticed how hard he really works over the last couple years of working with him. I admire and take that from him. I always think about starting out with my dad after college, then branching off into starting something on my own eventually.” 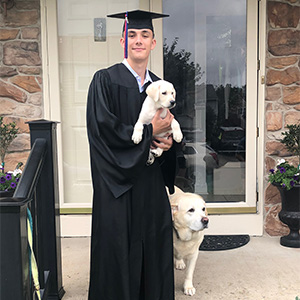 Trifiletti plans to bring to La Salle the values he embraced while at Holy Ghost Preparatory School, in Bensalem, Pa., like kindness and compassion. He acknowledges that he was a better person leaving high school than he was entering it, and he hopes that trend continues at La Salle.

“I hope La Salle continues to make me a better person like Holy Ghost did,” said Trifiletti. “My past four years at Holy Ghost changed my views on a lot of things. I realized that being nice to everybody really goes a long way. Going to La Salle will probably continue that and turn me into a better person than I am today.”

As for Trifiletti’s long-term goals, be they professional or personal, he said his brother Patrick will always factor into his decisions.

“He’ll always be on my mind, whatever decisions I make for the future,” said Trifiletti. “If I am ultimately going to stay a part of my father’s business, he would be a main factor in why. And I will always make sure he’s being supported in some way.”