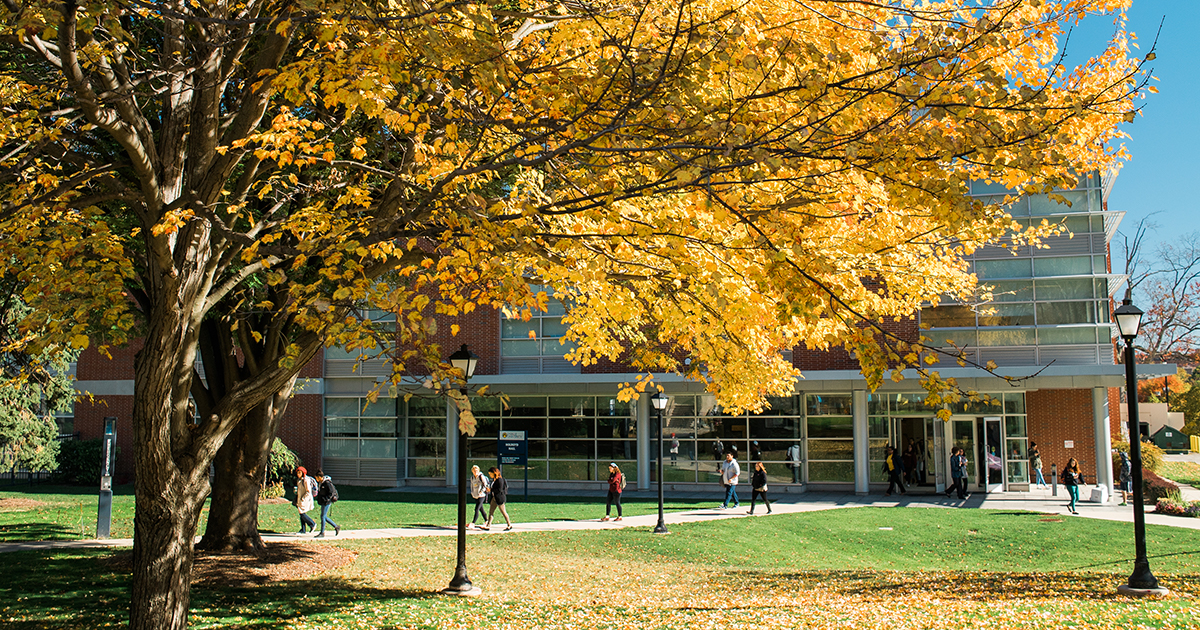 Transfer agreement with Community College of Philadelphia gives students a pathway to a bachelor’s degree at La Salle.

Critics of community colleges rarely acknowledge the important role they serve in giving students an opportunity to develop skills, change careers, and pursue a pathway toward a bachelor’s degree.

La Salle University’s Dual Admissions partnership with Community College of Philadelphia (CCP) offers students several pathways toward a bachelor’s degree. By earning an associate degree in an eligible program for Dual Admissions, a CCP student can take advantage of the partnership’s Core-to-Core component and be awarded the Dual Admission scholarship.

La Salle has been recognized as one of the nation’s best colleges and universities for creating pathways to support community college transfer students, making the Phi Theta Kappa Honor Society’s Transfer Honor Roll four out of the last five years.

“We realize that each transfer student is on their own path, with stops and starts along the way,” said Christina Foley, assistant director of enrollment processing services at La Salle. “The University has matched up qualifying Community College of Philadelphia associate degree programs with almost all our bachelor’s degree programs. This agreement between our two colleges is in place so that Community College of Philadelphia Students don’t miss a step when they transfer to La Salle.”

“Community College of Philadelphia is proud to partner with La Salle to help students further their education,” said Megan Lello, CCP’s director of communications. “By enrolling at CCP, students are able to work toward a four-year degree at an affordable price and at the pace that works best for them. We look forward to continuing to work with La Salle and other schools in the region to help make higher education more accessible for all students.”

Students like Paula Bragg, who arrived at La Salle through the Dual Admissions agreement with CCP, underscore the importance of transfer agreements between community colleges and four-year colleges and universities and providing the opportunity to attain academic and career goals that once seemed unreachable.

“Coming out of high school, a four-year school wasn’t an option; my mind wasn’t ready for it,” said Bragg, who earned an associate’s degree in applied sciences from CCP and is majoring in social work at La Salle. “I started at CCP to become a paralegal in 2015, before getting involved in social work my last two years there. I decided that I wanted more education. I wanted to be the first from my family to get a bachelor’s degree, and the transfer agreement between the two schools made that next step a lot easier and helped in terms of finances.”

Without that pathway from CCP to La Salle, Bragg said she may not have been able to realize her full potential.

“La Salle has encouraged me relentlessly to fully embrace the leader I was born to be,” said Bragg. “I now know my capabilities and where I can continue to improve.”

Transfer student success stories like Bragg’s can also be found among the La Salle faculty.

“There was no way I would’ve made it at a university. I didn’t have the grades or the background. I wasn’t prepared for it,” said Byrne, who graduated from Frankford High School in Northeast Philadelphia then attended CCP before transferring to Saint Joseph’s University, from which she earned a bachelor’s degree in criminal justice. (She began pursuing nursing several years later.) “I went to community college for two years and was asked to go into the honors program my second year. It was all geared toward wanting to transfer to a four-year university.”

For Church, community college gave him a chance to figure out the area of study he wanted to pursue.

“Initially I was planning on getting a business and economics double-major upon transferring to a local state university,” said Church, who received his associate’s degree in pre-wildlife management from Itasca Community College in Grand Rapids, Minn. “After taking a few classes, I quickly realized that I had a passion for ecology. I took a class called wildlife survey and, after getting to know my instructor, I was encouraged to pursue wildlife biology.”

With the economic uncertainty surrounding the COVID-19 pandemic impacting nearly every facet of life, Church said he sees community colleges playing a vital role for the foreseeable future as a cost-effective way for students to pursue higher education.

“I come from a poor, working-class family, so I certainly understand the desire to save a few dollars,” said Church, who was the first member of his family to attend college. “I certainly did not know what I wanted to do for the next 50 years of my life. Being at a community college gave me a freedom to explore new opportunities that I never would have realized existed.”