A diversity, equity and inclusion reading list—compiled and recommended by La Salle faculty 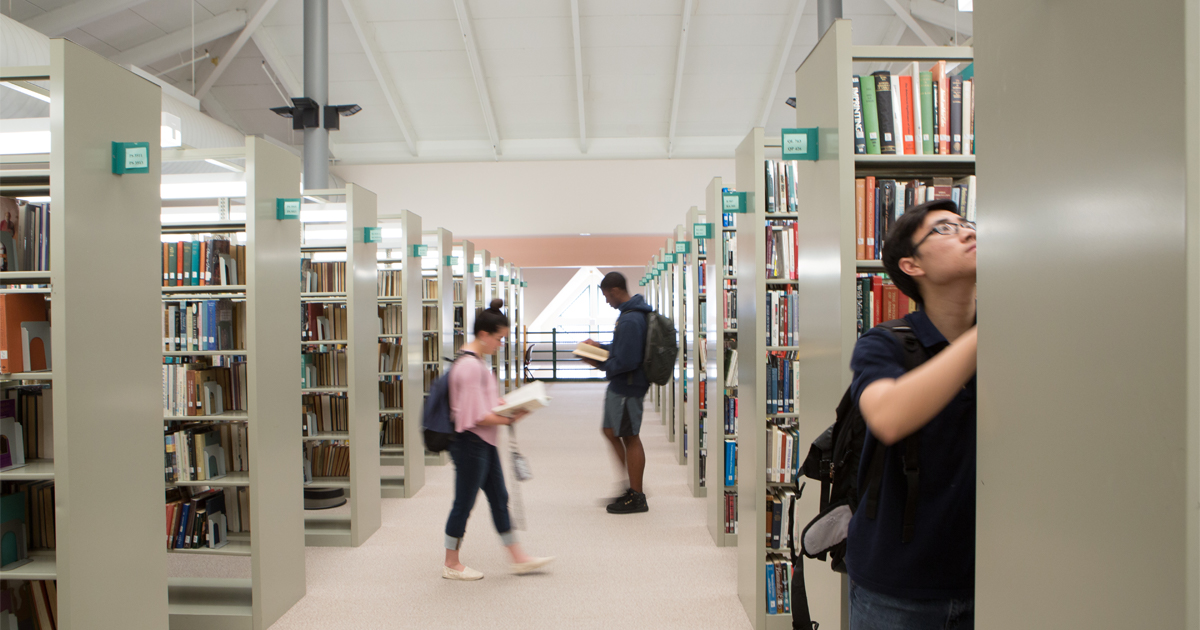 The deaths of George Floyd, Breonna Taylor, and Ahmaud Arbery, along with other police-involved and high-profile incidents in 2020 involving persons of color, have prompted many Americans to reflect on racism.

That reflection likely involves contemplation of personal blind spots when it comes to prejudice, and the roles we may play unconsciously in the marginalization of others. It also involves a commitment to learning more about the experiences of the marginalized through books that make us contemplate uncomfortable truths and focus on ugly chapters in history.

Thought leaders on diversity, equity, and inclusion among La Salle University’s faculty and staff have compiled a list of books, poems, and more. These readings—deemed “essential,” by those with whom we spoke—might prove to be a good starting point. They cover discrimination in many forms, from the murky period between the abolition of slavery and the civil rights movement of the 1960s, to racism in nursing, education, and the U.S. prison system.

Almost all these works are available at Connelly Library. 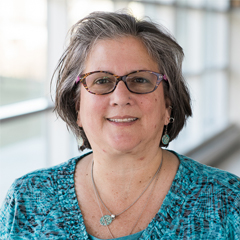 Recommended reading: From #BlackLivesMatter to Black Liberation, by Keeanga-Yamahtta Taylor

“There are many good books to read to understand how white supremacy permeates the way we think, act, and what and who we consider important. Keeanga-Yamahtta Taylor’s book meticulously examines how structural racism in the U.S. is ongoing with devastating results. She adds a class analysis pointing out how while some Black people have ‘made it,’ the system is rigged against the vast majority. Her work is important today as it connects us to the past such as how the Kerner Commission concluded uprisings were the result of white racism that perpetuates Black poverty. As she says, “the past is not the past.” She offers hope by documenting the courageous actions and organizing of young Black leaders to transform U.S. society.” 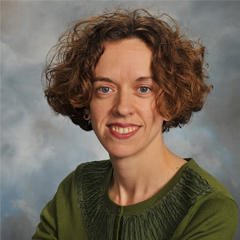 “The authors examine three aspects of whiteness—its historical construction, its normative privileges, and its insistence on color-blindness—and link them to service-learning. They argue that service-learning predicated on a ‘pedagogy of whiteness’ miseducates white students, marginalizes students of color, harms community partners, and fails to create transformative education. They then deconstruct a service-learning project conceived out of ‘good intentions,’ but that fails to attend to the perspectives of students of color or to push white students to reflect critically. The article is powerful to me because, while grounded in theory, it provides a highly accessible ‘real life’ case to break apart. When I originally read the article, I had some painful moments of self-recognition in the missteps of the white instructor. I have returned to it time and time again, and now read and reflect on it together with students as we rethink our notions of ‘service’ in community-engaged learning.” 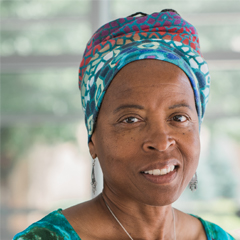 Recommended reading: And All Our Wounds Forgiven, by Julius Lester

“This is a very powerful book which brings the civil rights movement full circle into our current struggle. Despite the fact that this book was published in 1994, readers gain a new perspective on the racial divisiveness that plagues America today. It’s as if it was freshly written in 2020 as we see repeated injustices continuing to go on, time after time after time. From page three: ‘I thought social change meant the enactment of laws to modify behavior and eliminate or at least reform institutions that acted unjustly and punish those who refused to alter their behavior, if not their attitudes.’ The reality is that modification of behavior must come from within as a transformation of values. Each individual has to take responsibility for the process of transformation. It is a journey many step away from as evidenced by the downward spiral in our society.” 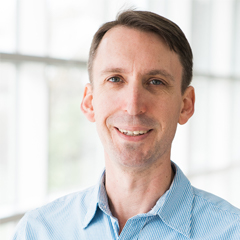 Recommended reading: “Song of Myself,” from Leaves of Grass, by Walt Whitman

“One of my favorite works of literature that grapple with and celebrate America’s diversity is Walt Whitman’s long poem “Song of Myself,” from his book Leaves of Grass. Whitman wrote the poem in the 1850s, when the Civil War was on the horizon and Americans were deeply divided over slavery. His goal was to overcome Americans’ divisions and to help them recognize that their common nationality—and shared humanity—bound them more powerfully than regional, racial, and class differences divided them. Whitman’s method is to model a radical form of empathy, a sustained effort to imagine the experiences of every kind of person. Therefore, he tells the reader in the poem’s third line, ‘every atom belonging to me as good belongs to you.’ This effort to obliterate the distance between self and other is inspiring and a model of how we all should approach one another.” 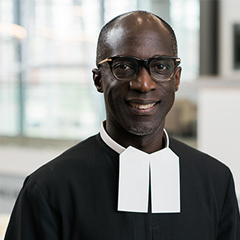 “Stony the Road tells the story from the abolition of slavery to Reconstruction to Jim Crow segregation. The end of slavery in the aftermath of the Civil War is a familiar story. The unfamiliar story is the terror unleashed by white supremacy groups and the loss of Northern will to sustain the freedom of Black citizens. The precipitous retreat from Reconstruction was followed by one of the most violent periods in U.S. history, with thousands of Black people lynched by white vigilantes, and many more afflicted by the corrupting imposition of de jure segregation. Readers learn not only our history of oppression but also of the bold resistance by such figures as Ida B. Wells and W.E.B. DuBois against the tide of white supremacy.” 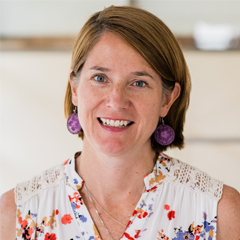 “Black Catholic priest and Fordham University professor Bryan Massingale addresses obstacles to meaningful Catholic engagement in racial justice work, both within the Church and in society. He explains various forms of racism, offers a history of the Catholic Church’s limited responses to racial inequities, and then provides spiritual and practical approaches to reconciliation. He continues to pull me out of my white comfort zone so I can show up for racial justice as a Catholic woman.” 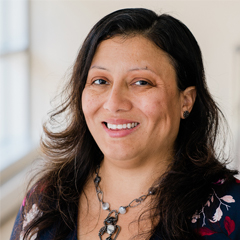 Associate Professor, Department of Global Languages, Literatures, and Perspectives, and Coordinator of the Undergraduate Spanish Program

Recommended reading: Neurotribes: The Legacy of Autism and the Future of Neurodiversity, by Steve Silberman

“This is an important book, not just for those who wish to learn about autism, but for those who want to know about the marginalization of disabled history throughout history. Furthermore, the book has chapters that provide invaluable information on the white supremacist roots of both racism and ableism, as it explains how eugenicists used pseudoscience to promote racist and ableist ideologies, many of which unfortunately, remain ingrained in our societies.” 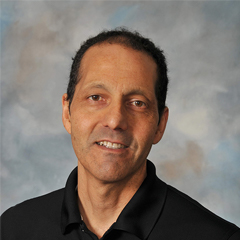 “This book highlights the desperate circumstances facing families and students in East St. Louis, Ill., which is across the Mississippi River from St. Louis, Mo. Despite its proximity to a major city, residents of this very poor African American community feel isolated and unwelcome in St. Louis. Kozol’s description of the poverty and disrepair in East St. Louis is striking, reminding me of the conditions I’ve only read about in classical literature, and seen in my travels to underdeveloped countries across Central America. Surely, I thought, such poverty and desperation couldn’t exist in a wealthy country like ours. Yet it does. It’s just hidden by fears to venture outside of middle-class America.” 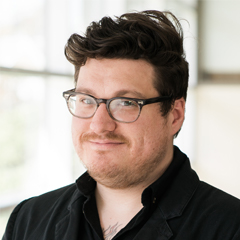 “This book is part-memoir/part-critical theory and calls for nothing less than the end of our anti-Black world. Wilderson presents the demand that we rethink the world we live in and look beneath to see the anti-Black violence it is built on. While some may think we are called to anti-racism, this book makes us question how the very desires we bring into anti-racist work are themselves structured by anti-Blackness. I was intellectually challenged and emotionally broken by it. I invite you to be undone by it as well, for giving up on the dream of innocence may be where we have to start if we want something else than this world.”

“Angela Y. Davis powerfully outlines the multitude of ways in which racism has always been a central feature of the U.S. criminal justice system, particularly prisons. Arguing that racism cannot be removed from the institution of the prison because it is so deeply entrenched, Davis advocates for prison abolition and an alternative system of transformative justice that must directly and purposefully ‘address racism, male dominance, homophobia, class bias, and other structures of domination.’ Her vision for what a world without prisons would look like can provide inspiration and motivation to those continuing to fight against structures that perpetuate racial and social inequality.” 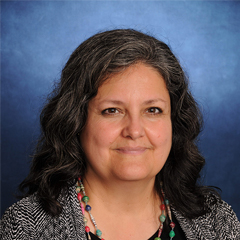 Recommended reading: The Path We Tread: Blacks in Nursing, 1854-1984, by Mary Elizabeth Carnegie

“Dr. Mary Elizabeth Carnegie was a nurse who experienced racism and prejudice within nursing and in society, yet worked continuously against injustice to break many racial barriers. This book tells the stories of Black nurses in the United States who had to open their own nursing schools and fought for the right to enter military service and university nursing programs. Reading Dr. Carnegie’s biography shows she lived through these difficulties and helped to integrate nursing schools in the USA.”