Can herd immunity be achieved? 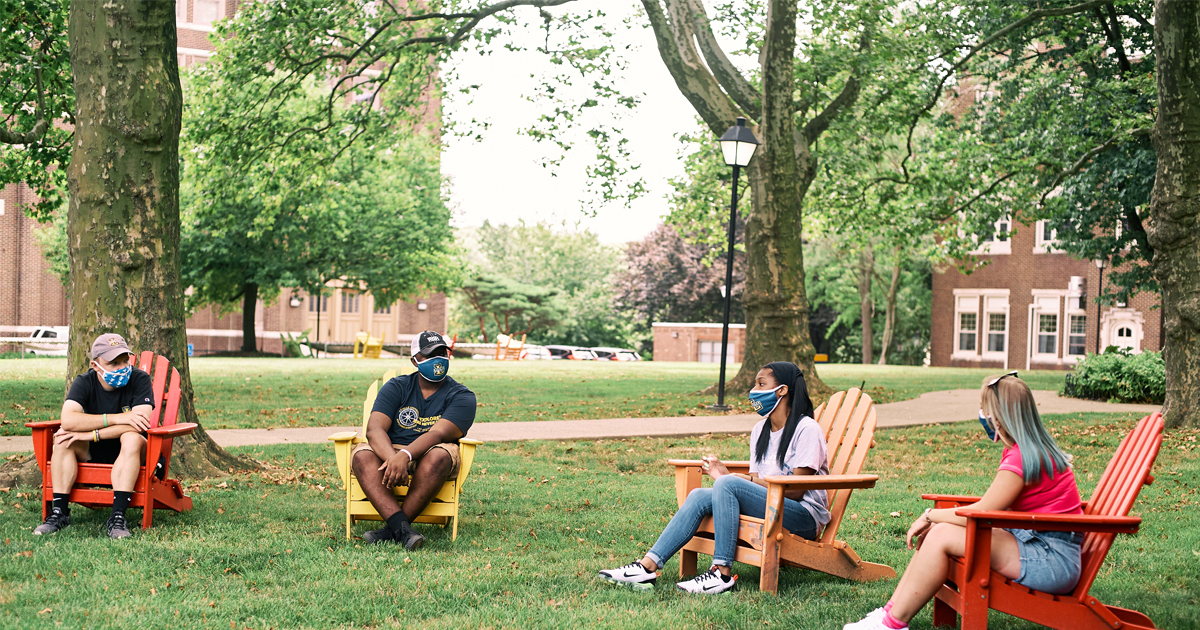 A virologist and a healthcare economist at La Salle weigh in.

Around the world, scientists are working to develop a COVID-19 vaccine at an unprecedented pace. Without a vaccine, opinions vary on how to decelerate a pandemic that has claimed more than 1 million lives globally.

Last spring, Sweden’s government permitted gathering places and establishments to remain open without an imposed countrywide lockdown or mask-wearing mandate. “Herd immunity” has been used to describe Sweden’s approach to combatting COVID-19. The term refers to the diminished person-to-person spread of an infectious disease after a sizable percentage of a population has achieved immunity to it.

Sweden experienced a four-month surge in its death rate that far exceeded that of its Scandinavian neighbors, Denmark and Norway, and only recently has it leveled off. Public health officials remain skeptical that herd immunity has been achieved. The World Health Organization’s technical lead on the COVID-19 pandemic called herd immunity “very dangerous” and said it’s “just letting a virus run. … A lot of people would die.”

A virologist and an economist from La Salle University explain herd immunity and share insights on whether it’s a viable model.

How can herd immunity be achieved?

The amount of the population that needs to be immune to a virus for herd immunity to work depends upon a lot of factors, including how easily the pathogen can spread and the strength of the population’s immunity, said Jason Diaz, Ph.D., assistant professor of integrated science, business, and technology. Diaz offered an example: A person infected with measles, a highly contagious virus, would infect an average of 12 to 18 other people in a completely susceptible population. The threshold for herd immunity, he said, would be significantly higher for measles than for influenza, which is not nearly as contagious.

“Importantly, herd immunity relies on those who are susceptible to be evenly distributed within a protected population,” said Diaz, who studies viruses and how they spread. “If there is ever clustering of susceptible individuals, then their local community immunity levels will be dangerously low. We’ve seen this many times with measles, where communities decide to no longer get the measles vaccine, and the disease immediately causes an epidemic in that community. By refusing the vaccine, they drop herd immunity to a level that the virus can easily spread once again.”

If a vaccine isn’t available, is herd immunity an effective plan?

“Sweden was hoping this strategy would achieve herd immunity in a relatively short time,” Diaz said. “They experienced the same spike in cases that we all saw in late May and into June, but it’s true that their rates have achieved an all-time low without enforcing serious lockdowns. This came at a significant cost, though—their case fatality rate is twice that of the U.S., which means we would have suffered almost a half-a-million deaths to achieve a similar effect. Their economy still suffered as people became sick and required hospitalization. And we still aren’t sure they actually have achieved herd immunity, either.”

Vaccination is the only effective measure for achieving herd immunity “without suffering death and serious diseases, while mitigating costs to the economy and to people’s well-being,” Diaz said.

When should the economy be reopened?

Millions of Americans have filed for unemployment and thousands of U.S. businesses have shuttered without hope of reopening as a result of the pandemic. That’s why there is immense pressure to cite herd immunity as a rationale for returning to business as usual, said Adam Pellillo, Ph.D., assistant professor of economics.

“The economic implications of the pandemic are indeed profound,” said Pellillo, an expert in healthcare economics. “While there are some signs of economic recovery, in the aggregate, economic activity is still well below its pre-COVID level.”

Given the number of active cases of COVID-19, Pellillo said, it’s clear the pandemic “has not yet been contained and that herd immunity has not yet been achieved. As much as we would all like to return to normal life, a premature lifting of government restrictions would likely accelerate the spread of the virus and lead to an increase in the number of deaths.”

The speed and trajectory of the country’s recovery from the pandemic’s economic impact will partly depend on the level of government spending over the next few years, Pellillo said, particularly on income replacement programs.

“In my view, the Federal Reserve has done everything in its power to respond to the recession,” he said, “while there are still several policies and programs that the federal government could develop to help households, workers, businesses, nonprofits, and state and local governments, starting with a second round of stimulus checks.

It’s difficult to predict when or if a community or country can achieve herd immunity, Diaz said, even if all restrictions are removed and quarantining procedures are lifted.

Herd immunity has been proven to work when complemented by aggressive vaccination strategies, he added, pointing to smallpox and chicken pox. “But there are no examples that I know of for which a population achieved herd immunity without a vaccine,” Diaz said.

What can be done until one is developed? Maintain physical distancing, practice handwashing hygiene, and wear face coverings, Diaz said.

“It’s important to remember that there are always individuals in our community who are at much higher risk for disease, and who cannot afford to be exposed to a given pathogen,” Diaz said.