Inspiring ‘the next generation of La Salle leaders’ 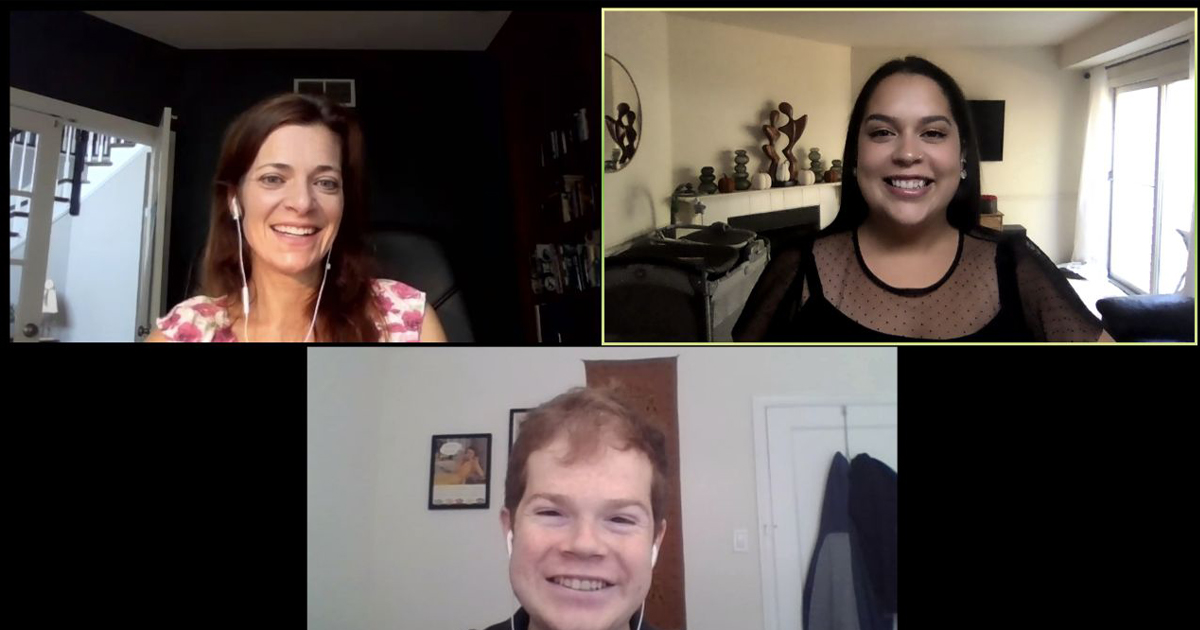 More than 70 alumni visited Zoom classrooms as part of Executives on Campus Week.

Paris McLean, ’04, believes in the power of mentorship and networking. It’s why the La Salle University alumnus remains in contact with the educators who encouraged and inspired him. And it’s why he returned to La Salle—albeit virtually—for Executives on Campus Week.

More than 40 La Salle professors welcomed McLean and 71 other University graduates into their Zoom classrooms across five days in early October. The professionals, many in leadership and executive roles, represented notable firms like PricewaterhouseCoopers, IBM, Amerisource Bergen, Oracle, the University of Pennsylvania Health System, Brian Communications, and Wexford Science + Technology, among others.

The University alumni spoke to students about networking and shared what employers look for when hiring candidates directly out of college. They thanked the professors and staff at La Salle who helped shape them, expressed a desire to reconnect with La Salle students, and encouraged students to find passion in their professional work.

McLean, who studied elementary and special education at La Salle, called the opportunity “a humbling experience to share my journey and pathway.”

“While it feels like my time at La Salle University was recent, I also recognize that I have a professional career in educational leadership, thanks to La Salle, that stretches 17 years,” said McLean, the assistant head of school at Princeton Academy of the Sacred Heart in Princeton, N.J. “My story is just that, and though, I hope that in some way, my experiences, struggles, and triumphs can resonate with the next generation of La Salle University educational leaders and change-agents.”

“Peter talked about how the future of analytics is through automation in machine learning,” Varzgani said of Tiano’s talking points for her class.

Executives on Campus Week even attracted alumni participants from around the world. Marc Rostant, ’05, MBA ’06, was among the international guests. Rostant is vice president of Massy Motors Colombia SAS, in Trinidad.

“I was really happy that I could give back to La Salle, which has given me so much,” Rostant said. “I really wanted the students to see there is hope and opportunity for them to do whatever they want in life. I would have liked the me of 15 years ago to have had the opportunity to hear what I said to them (during Executives on Campus Week).”

Rita Dynan, assistant professor of marketing, took joy in having her marketing students hear from a seasoned industry professional like Rachel Baker, ’12, a basketball marketing professional with Nike.

“The students’ questions were good, and that tells me they were highly engaged in (Baker’s) presentation,” Dynan said. “It is very important that students meet real business professionals and have access to guest speaker visits, which are valuable to their education.”

“I know first-hand how incredible our alumni are,” said Joyce, M.A. ’01, “and we’re excited to continue this dynamic program in the forthcoming semester.”