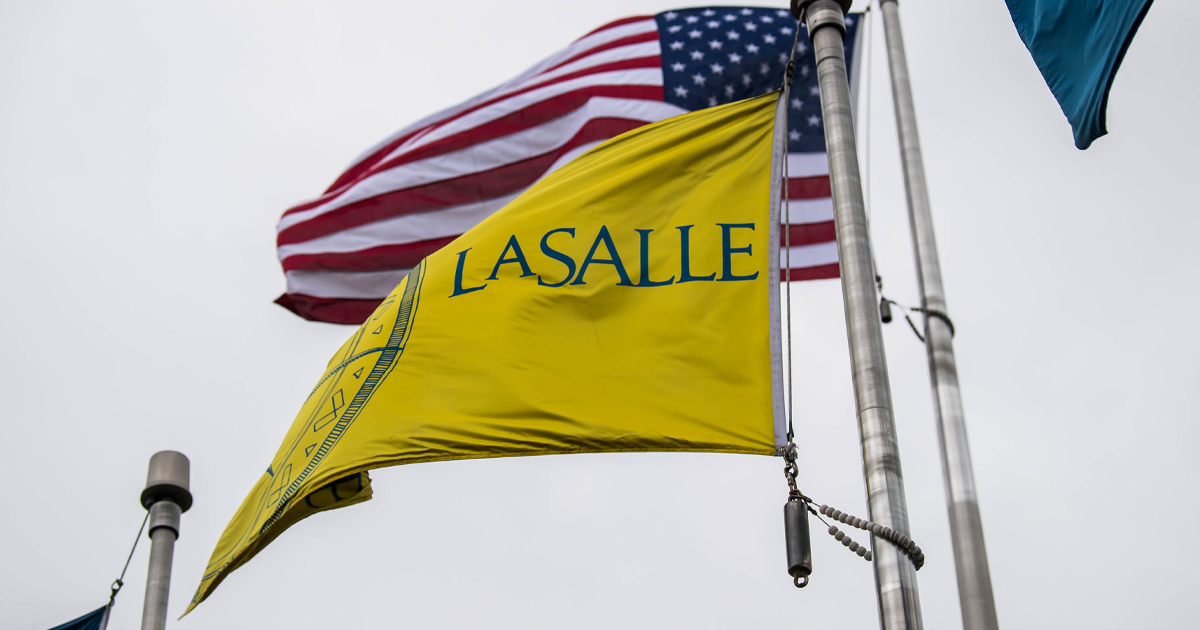 The University maintains a historic legacy of voter advocacy and civic engagement.

Emma Di Pace, ’21, got involved with La Salle University’s civic engagement and voter advocacy initiative, La Salle Votes!, in March 2020—or, as she described it, “literally the day before everything shut down” due to the COVID-19 pandemic.

Around the same time, Christian Jesús Camacho, ’21, became a student advocate with La Salle Votes! He wondered, internally and aloud, how La Salle could maintain its legacy and build on its reputation as a voter-friendly campus.

Amid a pandemic, promotion of voter commitment “seemed impossible,” he said.

Five months after the 2020 election, La Salle University has received designation as a voter-friendly campus for 2021-22, according to nonpartisan organizations NASPA–Student Affairs Administrators in Higher Education and the Campus Vote Project. This marks the third iteration of the Voter-Friendly Campus Program; in each, La Salle University has been recognized. 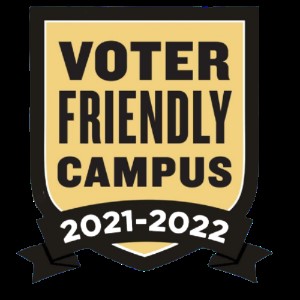 “I am delighted that La Salle has been recognized for its commitment to active citizenship,” said Regina Gauss Kosiek, director of university ministry. “At La Salle, we foster a culture of engagement and encourage our students’ dedication to strengthening our democracy. Civic activism is an important piece of the La Salle tradition. Finding ways to continue that tradition in light of COVID was a challenge, but the faculty, staff and students of La Salle Votes used their enthusiasm and creativity to reach students wherever they were with information and programs about the 2020 election cycle.”

The La Salle Votes! initiative—a collaboration between University faculty, staff, and students—spread voting awareness and resources months prior to the November 2020 election. The group organized Zoom conversations about racial justice and voting and discussions analyzing the intersection of politics and media coverage. La Salle Votes! helped promote a keynote with Trudy Rubin, foreign affairs columnist with the Philadelphia Inquirer. The group also gathered seven La Salle alumni who hold elected office in the U.S. and Pennsylvania Houses of Representatives for a panel discussion on voter engagement and civic activity.

Their efforts contributed to the voter-friendly campus recognition from NASPA and the Campus Vote Project. It’s the latest in a series of civic-engagement designations for La Salle, which includes a gold seal from the All-In Democracy Challenge for student-voting rates that exceed the national average.

“COVID-19 presented a formidable challenge to conducting voter registration drives, engaging in issues education, and getting out the vote with so many people living and learning off campus,” said Tara Carr-Lemke, assistant director of the university’s De La Salle Institute for Advanced Teaching and Learning. “How could we replace tabling opportunities, voting booth simulations, and van runs on election day itself to get people to the polls? Yet La Salle students, faculty, staff, alumni, and community partners collaborated to overcome these obstacles and imagine new ways to drive engagement.”

Olivia Potok, ’21, like Di Pace and Camacho, maintained a role with La Salle Votes! The Philadelphia native and communication major said the experience opened her eyes to her classmates’ willingness to educate themselves and “get their hands dirty” working with social justice causes.

“Working with La Salle Votes! made me realize how earnest and committed to social change the La Salle student body is,” Potok said.

For young people, Di Pace said, it can be difficult to learn about their role in the voting process. “I wanted to help make this information accessible to our La Salle community,” said the Lancaster native who double-majored in Spanish and religion and theology.

“Our impact on the Lasallian mission lives on,” said Camacho, a Philadelphia native and political science major.