Only several months ago, in October, Pope Francis used his sequel to Laudato Si, an earlier encyclical, to encourage a global commitment to human development, social justice, and care for all people and creation.

The encyclical, Fratelli tutti, which translates to “All brothers and sisters,” serves as the focus of La Salle University’s 2021 John XXIII Pacem in terris lecture—the flagship event of the University’s Mission and Heritage Month.

The Pacem in Terris lecture, subtitled “Enacting the Common Good,” is hosted by La Salle’s Office of Mission, Diversity, and Inclusion. The virtual event is scheduled for March 30 at 7 p.m. It will bridge three unique perspectives on common good in light of Pope Francis’ most-recent encyclical, which addresses timely matters like the pandemics caused by COVID-19 and systemic racism, the rise of nationalism, and the fragility of interconnectedness.

Mark your calendar for March 30 at 7 p.m. and register for the John XXIII Pacem in Terris lecture, Fratelli tutti: “Enacting the Common Good.”

“Inspired by the teachings of Saint Francis of Assisi, Fratelli tutti draws on solidarity, one of the key principles of Catholic social teaching, as a central motif in reflecting on a confused and troubled world struggling to find its compass” said La Salle’s Vice President of Mission, Diversity, and Inclusion Br. Ernest J. Miller, FSC, D. Min., M.A. ’95, who will moderate the Pacem in terris lecture. “The encyclical’s subtitle, On Fraternity and Social Friendship, signifies Francis’ vision for an architecture of peace: cultivate processes of encounter and dialogue, cultivate a better kind of politics, cultivate civic friendship. As Pope Francis notes, Saint Francis ‘did not wage a war of words aimed at imposing doctrine. He simply spread the love of God.’”

Get to know the panelists for this year’s Pacem in terris lecture: 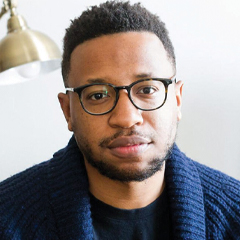 On Fratelli tutti: “Pope Francis, at a couple points at the end of the encyclical, talks about Martin Luther King, Jr. I would like to talk about the way Pope Francis interprets the Good Samaritan parable and put it next to how Dr. King does it. What do we mean by social peace in light of Franciscan and Kingian idea of peace? I’d like to further investigate Pope Francis’ interest in King, who offers an in-depth interpretation of the Good Samaritan parable in his ‘I’ve Been to the Mountaintop’ speech, and work toward a Francis-King definition of peace.”

On Fratelli tutti: “Pope Francis calls for a more-inclusive dialogue. It’s the epitome of how we connect with one another. While building a case for dialogue as the way to enter this engagement, Pope Francis also has launched a campaign against chisme, or gossip. Chisme is a mode, among many, of communication with those from the margins. How can someone who pays attention to those who are marginalized promote a communication method that’s best positioned for only one subset of society? Pope Francis is asking for multiplicity of cultures and methodologies, but the way we communicate is limited to one notion. I hope those who participate in this lecture take away that there’s enough room in Catholicism to have these engagements and allow for further conversation across all communication styles.” 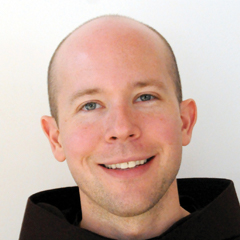 On Fratelli tutti: “St. Francis of Assisi is one of the most popular saints in history. He draws from the richness of the Franciscan view of the world. In the midst of great turmoil, great fear, anxiety and suffering with the pandemic and recognition of systemic racism and economic inequality, political polarization, that another way to be is possible. That’s Pope Francis’ message. Pope Francis emphasizes interreligious dialogue. Francis of Assisi is rooted in the gospel and keeps going back to Jesus Christ. Not everyone needs to be christian. What this demonstrates is that there are different ways we can think about living together differently that promote the common good.”