A career defined by “what it is to be Lasallian” 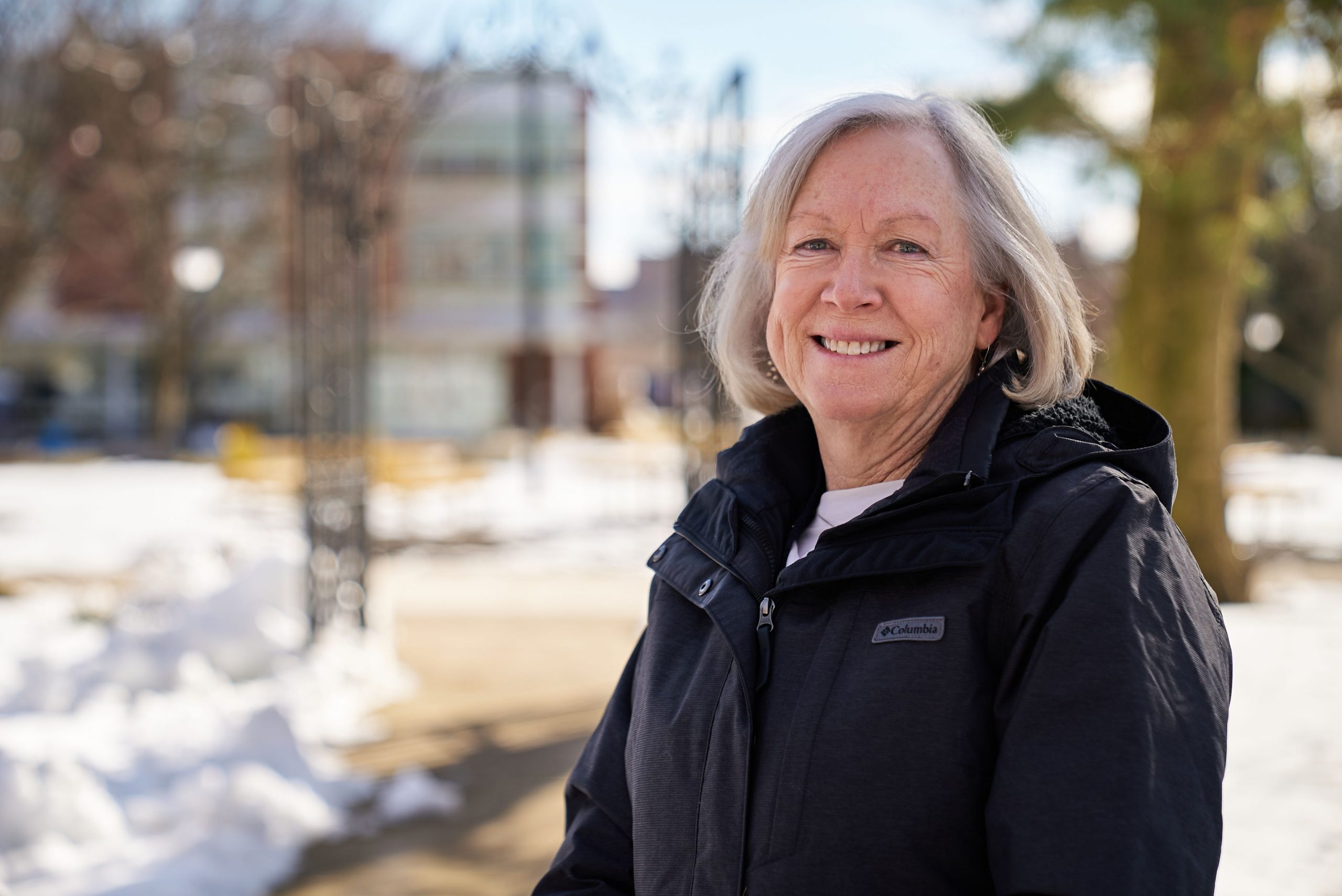 Colleagues recognize Kate Ward-Gaus, who retired in January as La Salle’s assistant vice president of student wellness, for her dedication to students and commitment to La Salle’s mission.

It was 2016 when Dawn Soufleris, Ph.D., sought La Salle University’s next assistant vice president for student wellness. The search led Soufleris, the vice president of student affairs and enrollment management, to Kate Ward-Gaus, who at the time had directed La Salle’s substance, abuse, violence, and education programs.

Ward-Gaus wasn’t sure about her fit with the role.

“I kept thinking, ‘They need somebody with a doctorate for this,’” said Ward-Gaus. “I decided not to apply.”

The more she thought about it, Ward-Gaus realized she might be uniquely qualified for the position. After all, she maintained a decades-long association with Lasallian communities and, professionally, she holds a firm belief in a holistic approach to wellness, one that aligns with Lasallian values.

Ward-Gaus retired in January after nearly 15 years at La Salle University, the most-recent half-decade spent leading Student Wellness Services and, as of 2020, the Paul A. Stanton Department of Student Wellness Services. A native of West Philadelphia, where she still resides, Ward-Gaus has three children, including two La Salle graduates—daughters Jennifer, ’12, who earned a B.A. in communication, and Kathleen, ’06, who graduated with a B.A. in elementary and special education.

Under Ward-Gaus’ purview, La Salle prioritized student mental health as part of a holistic approach to wellness. Though she’s quick to categorize initiatives like the University’s telehealth option for student counseling as team efforts, colleagues have said the installation and execution of those programs benefited greatly from Ward-Gaus’ guidance and dedication.

“Clarity and conviction marked her scholarship and her counseling,” said Br. Gerry Molyneaux, FSC, Ph.D., professor of communication. “The through thread for these permutations is her belief in the Lasallian education that gives primacy to attention to the individual, whether student or colleague.”

Ward-Gaus’ forward-thinking commitment to overall well-being led to the development of the popular Wellness Wednesdays program in 2016. Each week, students learn the benefits of mindfulness, proper nutrition and more, often in very vocal fashion when Ward-Gaus was on the mic.

Her vociferous delivery once prompted Soufleris to ask Ward-Gaus if she’d ever been employed as a carnival barker.

“Whether she was on the quad in good weather or inside the Union when it was cold or rainy, I would laugh when I would hear her voice rising above all others,” said Soufleris. “She had a knack of getting people’s attention and drawing them in to listen to her messages.”

Compassion, particularly that which she offered to members of the University community, marked Ward-Gaus’ expertise in drug and alcohol abuse prevention and early intervention—whether they were directly or indirectly managing addiction. Danielle Pagliacetti, ’11, MBA ’15, recalled the empathy Ward-Gaus showed her while studying at La Salle and simultaneously dealing with addiction in her family.

“It was the first time that I was able to sit down with someone and talk about my experiences and really work through the trauma it had caused me without fear of judgement or backlash for my feelings and opinions,” said Pagliacetti, now an adjunct professor of accounting in the School of Business. “Kate really gave me the opportunity to heal. Without Kate, I am not sure I would have worked through some of those issues.”

“I had to help students who had just gone through a very tough experience,” said Guthorn, La Salle’s assistant vice president of public safety, “and Kate said, ‘You sat with them in their pain.’ I didn’t recognize that as having value, but she helped me identify that. She captures that value of what you do and who you are. It’s her gift.”

Ward-Gaus said her capacity for caring is rooted in her upbringing.

“It was instilled by my parents, grandparents, extended family, and the Catholic education I received,” she said. “It was this value that drew me to both education and then counseling and ultimately to working at La Salle and the mission of the Christian Brothers.”

The profound impact Ward-Gaus made at 20th and Olney is that of someone who embodies the Lasallian mission, according to her colleagues.

“If someone didn’t know what it is to be Lasallian, spend a day with Kate and you will know,” said Jessica Brannan, Psy.D., director of La Salle’s Student Counseling Center. “Whenever I am faced with a challenging situation I always think, ‘How would Kate handle this?’”