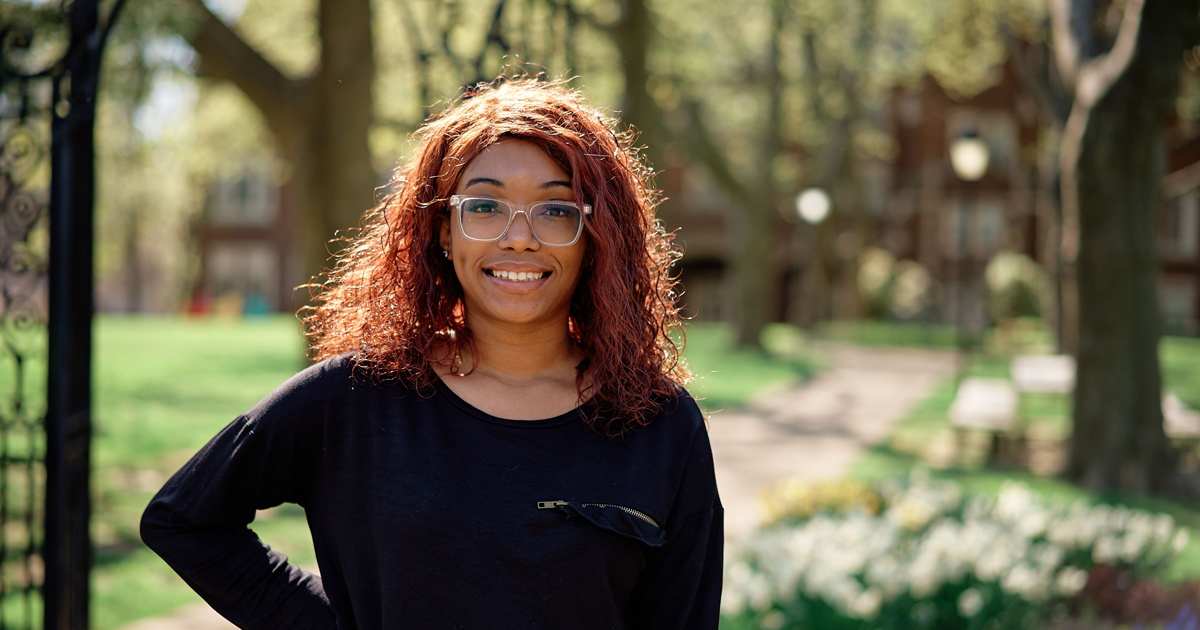 Cimone Bates has balanced her studies with service in the Air Force Reserves.

Cimone Bates, ’21, has followed in the footsteps of each of her parents.

Bates is a member of the United States Air Force Reserves, like her father, Damon, who also served in the U.S. Army and U.S. Navy. Academically, she followed her mother’s lead to 20th and Olney.

“My mom loves being a La Salle alumna,” said Bates, whose mother, Cheryl, ’90, earned a bachelor’s degree in business administration. “She literally has all the La Salle gear someone could possibly have.”

While she takes inspiration from her parents, Bates is on a journey all her own. She will graduate from La Salle as a nursing major with hopes of someday applying those skills in the Air Force as a flight nurse who helps care for military members while en route to medical facilities.

Some colleagues in the Air Force, for which Bates works as a jet engine mechanic, have expressed puzzlement over her seemingly disparate pursuits.

“A lot of them have asked me, ‘Why are you in this field when you have a nursing background?’” said Bates. “I just tell them I wanted something different.”

Bates didn’t begin her La Salle career in the School of Nursing and Health Sciences. She arrived there after beginning as a psychology major.

“At first, I wanted to go to medical school to become either a pediatrician or psychiatrist,” said Bates, who grew up in the West Oak Lane section of Philadelphia. “But then I realized doctors didn’t have as much hands-on interaction with patients as I wanted. I love interacting with patients. I love having a bond with them while I’m helping them, so I gravitated toward nursing.” 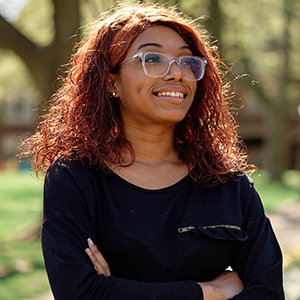 Balancing the academic rigors of La Salle’s nursing program with her obligation to the Air Force Reserves has proved challenging for Bates. That burden has been eased somewhat through the support she’s received throughout the University, which aligns with La Salle’s recent recognition as a top military friendly school.

“My freshman year, I had to leave a week early before my finals because I was about to go to bootcamp,” said Bates. “My professors were completely supportive and worked with me. (Assistant professor of biology) Rhonda Hazell has supported, motivated, and encouraged me throughout my entire time at La Salle. So has my advisor, (assistant dean, School of Nursing and Health Sciences), Mary Dorr. And among the Christian Brothers, Br. Joseph Willard, who is a veteran, has always been supportive of me.”

Bates expressed feeling similarly supported by her fellow members of the Air Force Reserves, a peer group that is predominantly male.

“They include me, no matter what,” said Bates. “They’ve been teaching me about jet engines, but they’ve also been motivating me to finish nursing school as well.”

Hazell recalled being struck instantly by Bates’ determination to uphold her academic and military responsibilities.

“I could tell from the moment I met Cimone that she had a tenacious spirit,” said Hazell. “Upon her first visit to my office, I explained to her the rigorous demands of Anatomy and Physiology and asked her if she was up for the challenge. Her response was a strong, ‘Yes ma’am.’ I watched her intelligence blossom each year as she pushed herself for every academic demand, while volunteering for numerous community outreach activities and, at the same time, keeping up her military commitments.”