Born in Liberia to a single mother of three, Clarke and her family suffered from a lack of sustainable income and household resources. This included feminine hygiene products, or what’s commonly referred to as period poverty.

“I was taught, as a young girl, to find other ways, to find alternatives,” she said. “This is an experience of mine and of so many other girls, and it’s something no one should endure.”

In May, Clarke will graduate from La Salle University’s Master of Public Health (MPH) program. Two years ago, while pursuing her MPH, she established a nonprofit organization in Liberia—Positive Action Driving Safety for Girls (PADS)—to provide young girls in disadvantaged communities with the resources and education they lack.

Clarke in the coming months hopes to begin an accelerated nursing program here in the U.S. and, with her collective formal training, aims to expand her non-profit and establish a women’s clinic in her native Liberia.

“I came to the U.S. to get a better education and a better life,” said the 30-year-old Clarke. “I’ve experienced some difficult times, but my dream of providing the level of care we need back home (in Liberia) remains in focus. I’m building relationships now that will give me the platform to, one day, open the clinic.” 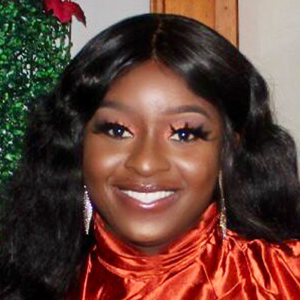 Clarke’s struggles extended beyond the period poverty in her youth. She entered the foster care system upon relocating to the U.S. She aged out of the system at 21, five years after becoming a teen mother. “I had a rough start to life, but those experiences have shaped my beliefs and have made me a better and stronger person,” said Clarke, whose daughter Angella, 14, will become a big sister in June.

“My upbringing and my experiences have strengthened my passion for helping others,” Clarke added. “They have helped me become who I am today.”

Clarke initially arrived at La Salle in 2010. Four years later, she earned a degree in social work and began a career as a clinical specialist, supporting clients with disabilities. She sought more from her work and herself—namely, wanting more education to launch and operate a non-profit and wanting more opportunity for community outreach.

Returning to La Salle for her MPH “made the most sense,” she said, because of her familiarity with the University and its faculty.

As an MPH student, Clarke has widened her professional vistas. She has undertaken research projects with MPH program director Candace Robertson-James, DrPH, assistant professor of public health, exploring—among other topics—the information needs of faith leaders regarding relationship and sexual violence.

“I’ve experienced some difficult times, but my dream of providing the level of care we need back home remains in focus,” Grace Clarke, ’14, MPH ’21

“Grace is passionate and committed to her growth and development. She truly seeks to get the most out of every experience,” Robertson-James said. “She works hard and is prepared and engaged in classes. She genuinely seeks to make a difference and to enhance the health of populations.”

Clarke also has worked as an assistant researcher at Children’s Hospital of Philadelphia, collecting and inputting data. Fittingly, she contributed to one of CHOP’s recent blog posts on period poverty.

“Opening a clinic in Liberia will be a much-needed resource for those at home and will help their quality of life,” she said. “It’s a longtime goal and it’s one I’m striving toward every day. My educational path at La Salle is leading me to the right place.”