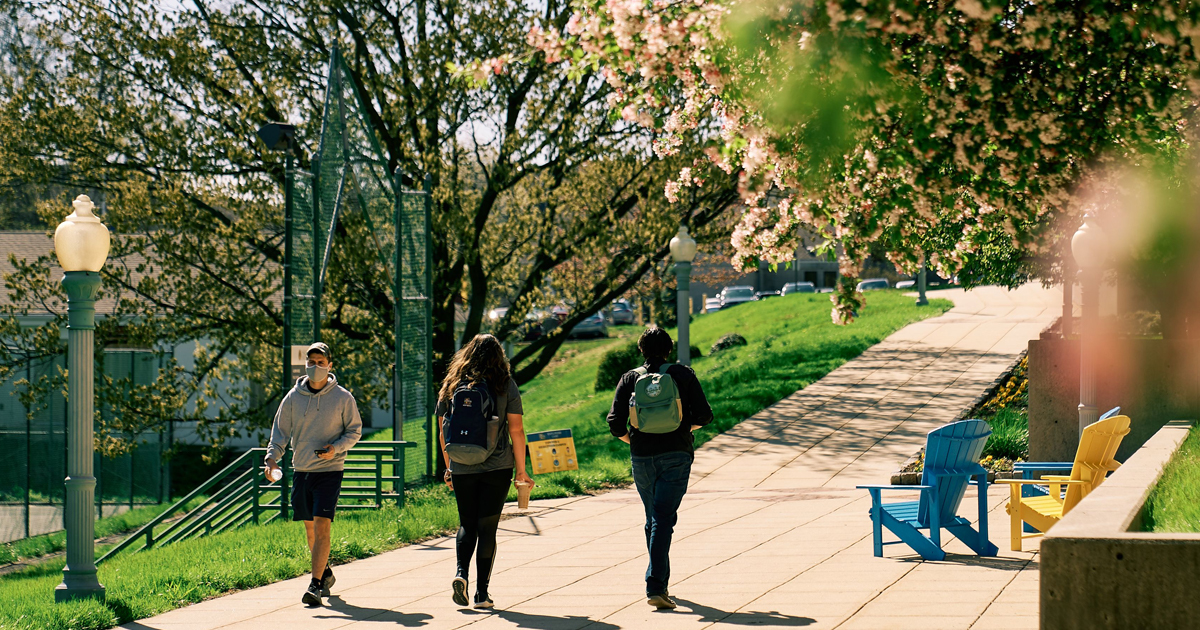 Explorers united in the last year to provide support for La Salle’s students.

Over the last year, with the coronavirus pandemic creating unprecedented levels of uncertainty, Explorers came together in a record-setting year in support of La Salle University and its current students.

Gifts to the University from unique alumni donors during the fiscal year that ended May 31 reached a five-year apex. In all, more than 4,400 Explorers—past and present, near and far—contributed philanthropic support to La Salle.

“If there’s one thing that’s certain, we know that Explorers will always rally to support Explorers,” said Daniel P. Joyce, M.A. ’01, Vice President of Advancement. “Through the generosity of La Salle alumni, along with parents, faculty, staff, students, and corporate partners, this year provided repeated investments and countless demonstrations of support for La Salle University and its talented students.”

Learn more about how you can make a difference at La Salle University, whether through a planned gift and an upcoming giving campaign, or to discuss a unique giving arrangement with a member of La Salle’s Advancement team.

Launched in August 2020, the La Salle Honors Program Scholarship Initiative set out to raise $3 million in scholarship aid by December 2023. In less than seven months, the campaign reached the $1 million threshold.

A transformational $1 million gift from Francis X. “Frank” Stanton, ’51, allowed the University to expand its programming breadth and full-time staffing within the Paul A. Stanton Wellness Program, which includes the Student Counseling Center, health and wellness promotion, and substance abuse and interpersonal violence education.

The establishment of six new scholarships, exceeding $130,000 in gifts, provided needed assistance for students across all the University’s three schools:

In the recently closed fiscal year, more than $1 million in bequests and planned gifts were fulfilled and committed. Also, the newly established La Salle Rowing Stewards raised more than $196,000 to support the growth of the men’s and women’s rowing programs in La Salle’s Department of Intercollegiate Athletics and Recreation.

“Gifts to La Salle during the last fiscal year will help us carry out the University’s historic mission, which calls us to aid the marginalized, embody a sense of community, and provide for all an accessible high-impact education,” Joyce said.