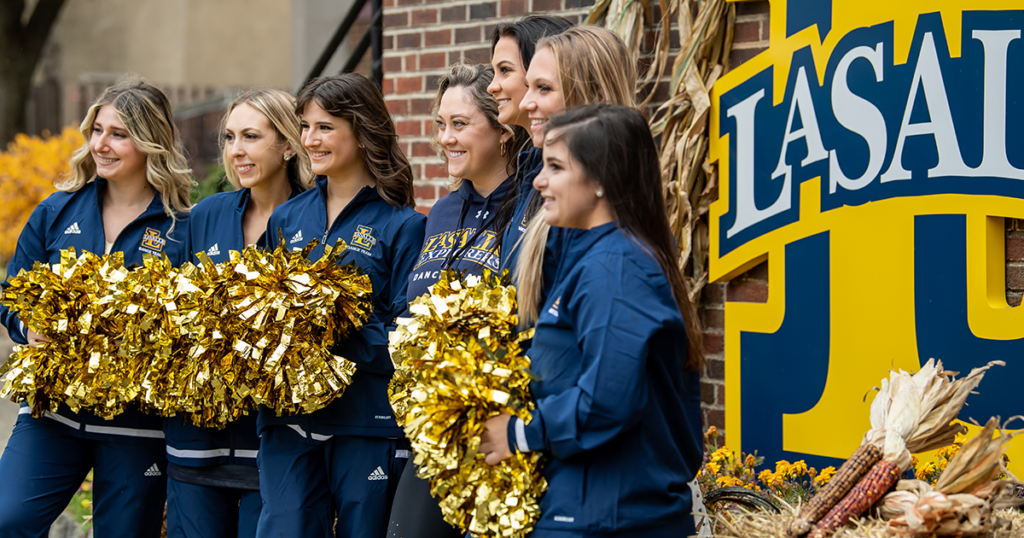 Music, food, friends, and fun—those are the ingredients of every good party, and it sure felt like one had broken out on La Salle University’s campus.

Homecoming and Family Weekend 2021 (the formal name for that party) attracted more than 1,000 alumni, students, families, and friends of La Salle to the University’s campus. Saturday’s schedule, featuring an all-day festival on Hansen Quad, highlighted the annual three-day event from Nov. 12–14.

Not even a few scattered showers couldn’t dampen the mood around 20th and Olney. Fans packed into Tom Gola Arena to witness a doubleheader sweep, with men’s and women’s basketball scoring Homecoming wins at TruMark Financial Center.

Here are some highlights from Homecoming and Family Weekend 2021: 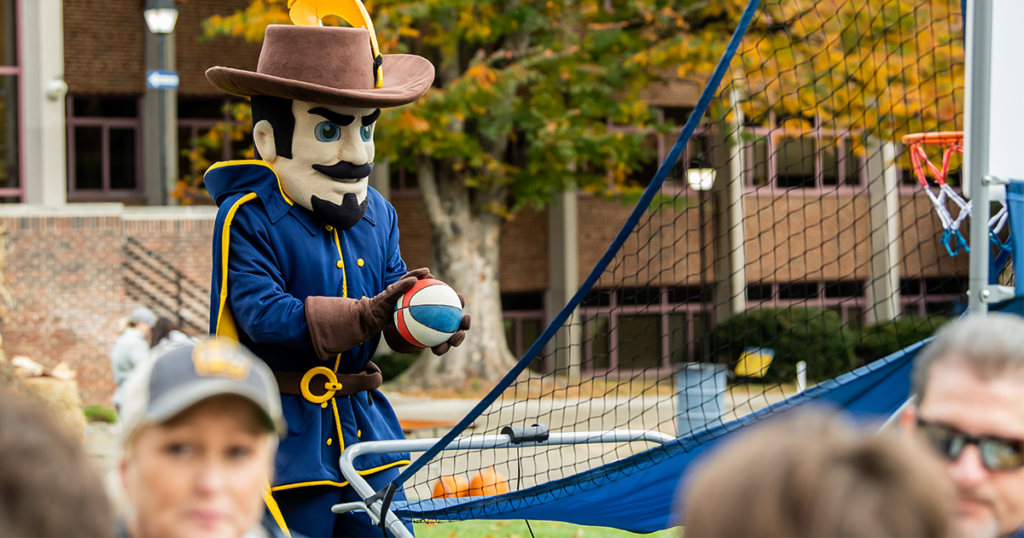 The Explorer worked on his game at the pop-a-shot station. 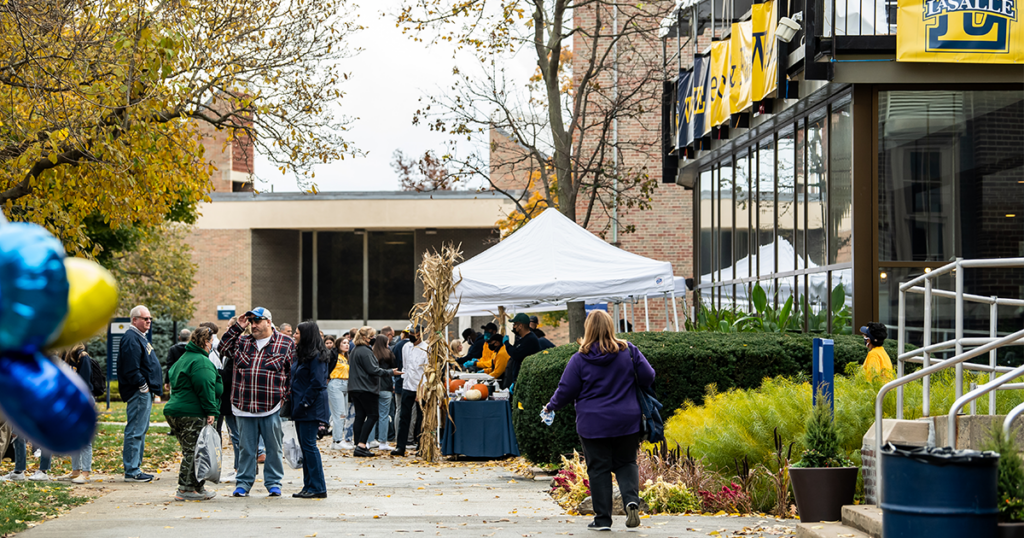 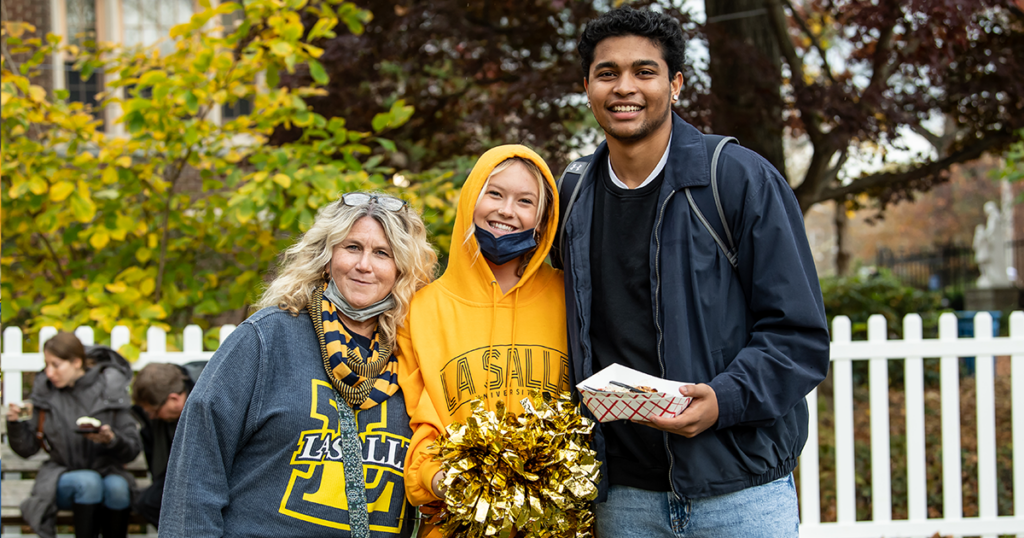 Friends, family, fun, and food made for a perfectly alliterative Homecoming. 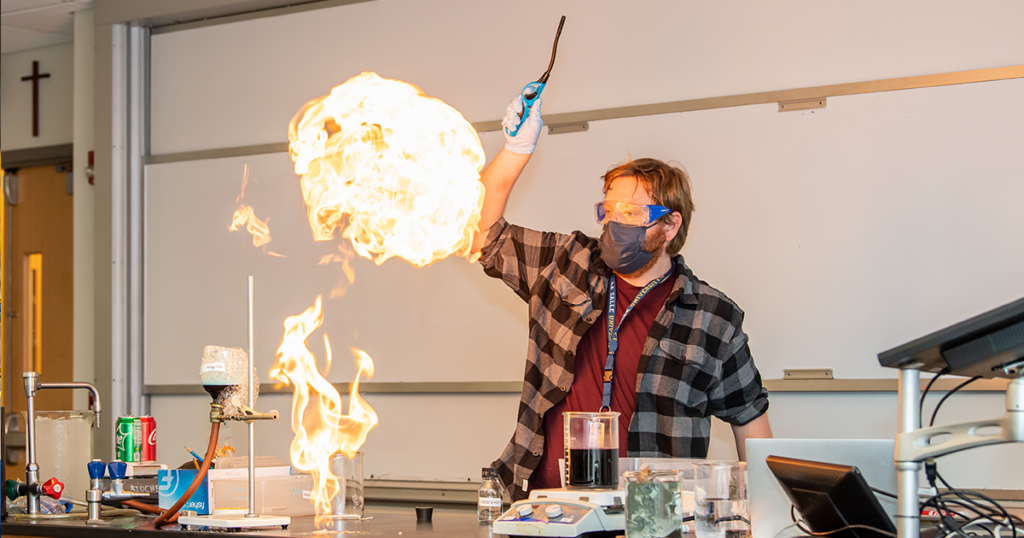 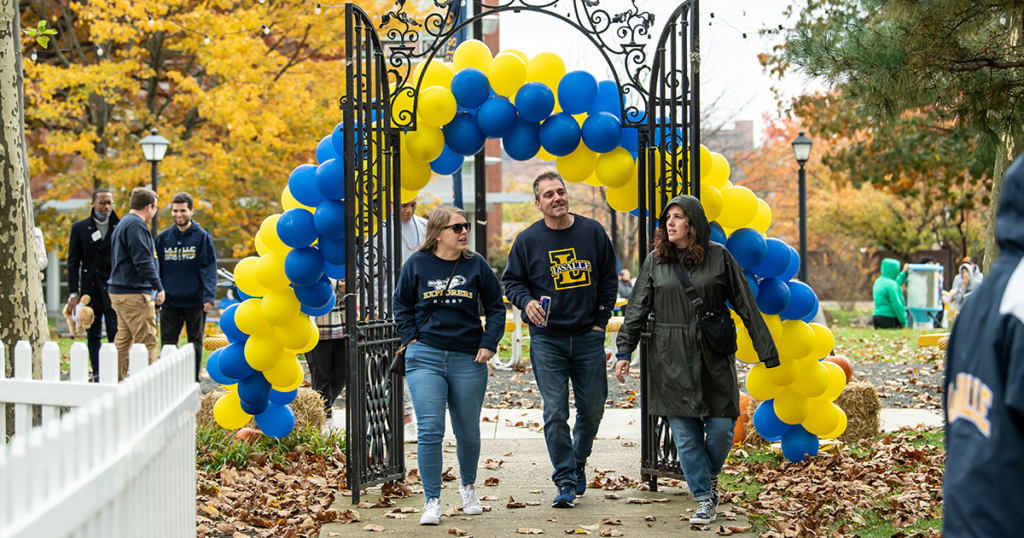 There was something for everyone at Homecoming and Family Weekend. 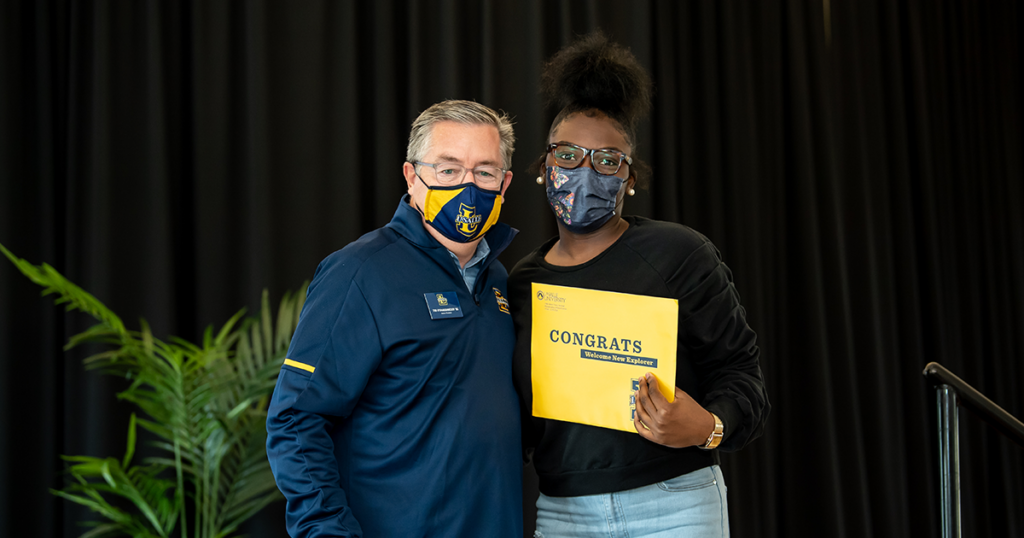 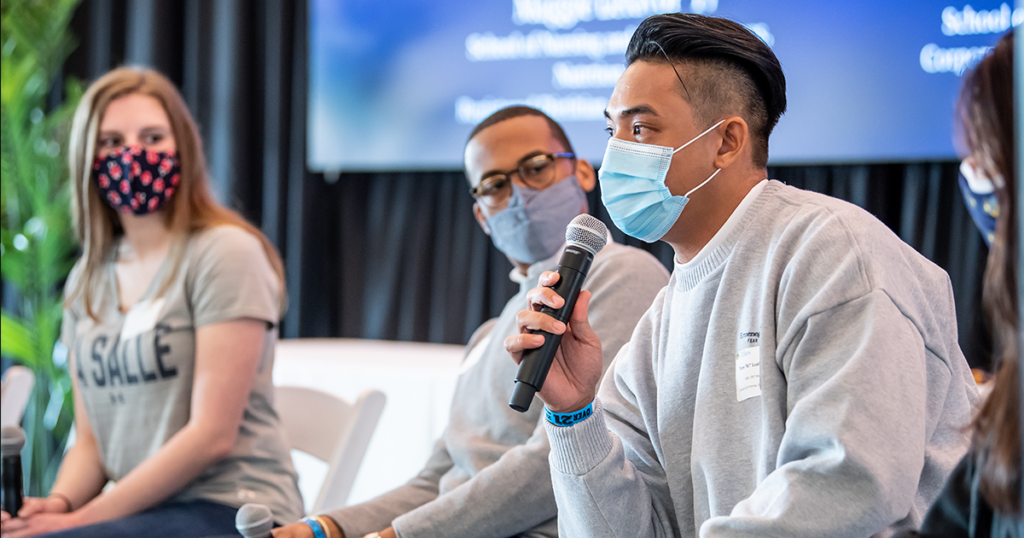 La Salle alumni spoke to prospective students during a panel at the Union Ballroom. 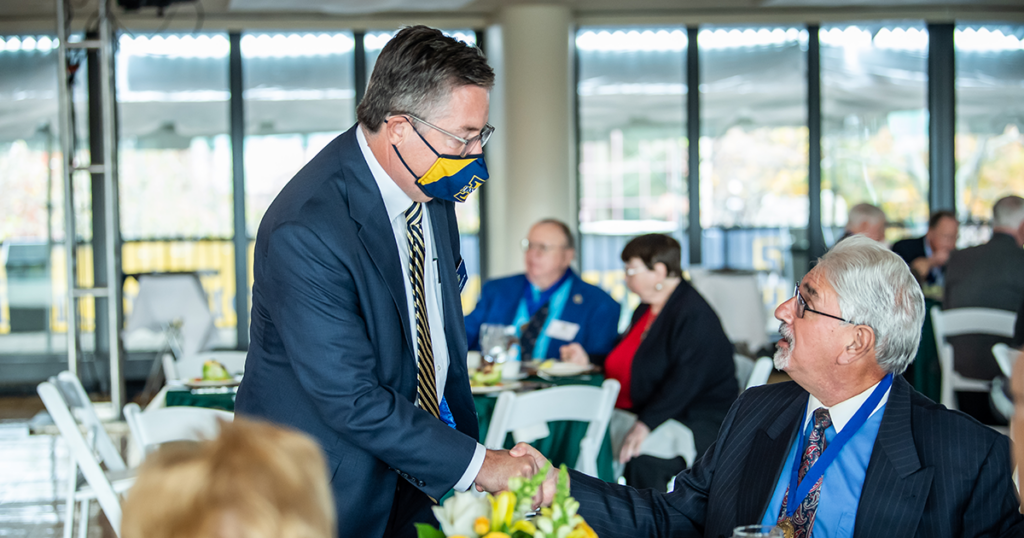