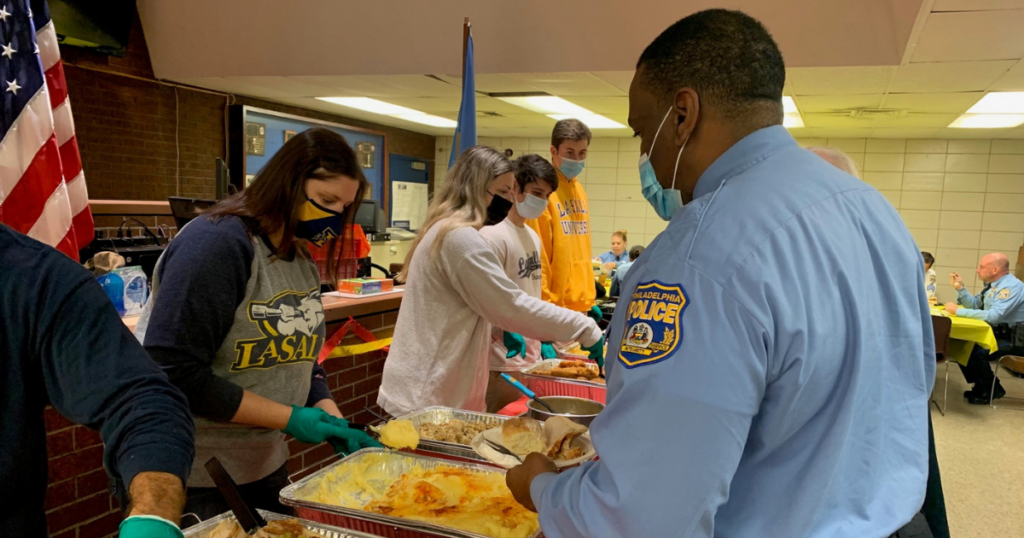 Their goal: Saying thanks to the city’s first responders ahead of the Thanksgiving holiday. 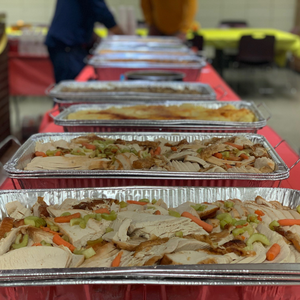 “These are civil servants and public safety personnel in our city,” said Dan Joyce, M.A. ’01, Vice President of University Advancement. “They protect our campus, as well as our friends and community partners in Northwest Philadelphia and the Belfield neighborhood. This is the least we can do to express our collective gratitude.”

This annual event has been going on for 22 consecutive years, beginning in 1999. The students, who serve as La Salle Ambassadors, plan the Thanksgiving meal dropoff, serve platters to officers and firefighters on-site, and fundraise throughout the year in order to finance the expenses.

At the lunch rush, a line of uniformed officers stretched into the hallway at PPD’s 35th precinct. La Salle’s teams work in shifts throughout the day, from 12 noon through 8 p.m., serving more than 200 personnel at the two locations. One officer expressed her gratitude, describing the Thanksgiving meal to La Salle’s students as “one of the best days for our district each year.” 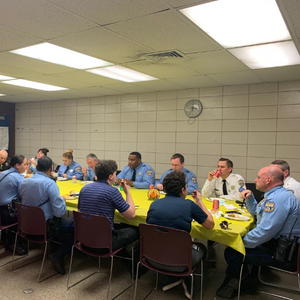 “Honestly, it’s an event we all look forward to each year,” said international business and finance major Brianna Serverson, ’22. “These officers and firefighters protect us and it’s an honor to give back and support them.”

Mary Kay McGettigan, ’01, M.A. ’13, was an undergraduate student at La Salle when the annual Thanksgiving tradition first took hold. Today, as associate director of alumni engagement and annual giving, she’s able to contribute to a program that she said “is steeped in rich tradition.”

“There’s a great history behind this,” said McGettigan, whose brother is a Philadelphia firefighter. “The meaning of this day hits differently when you have first responders in your family. You know how much this means to them when you consider how many holidays they sacrifice with their families in order to keep our communities safe.”