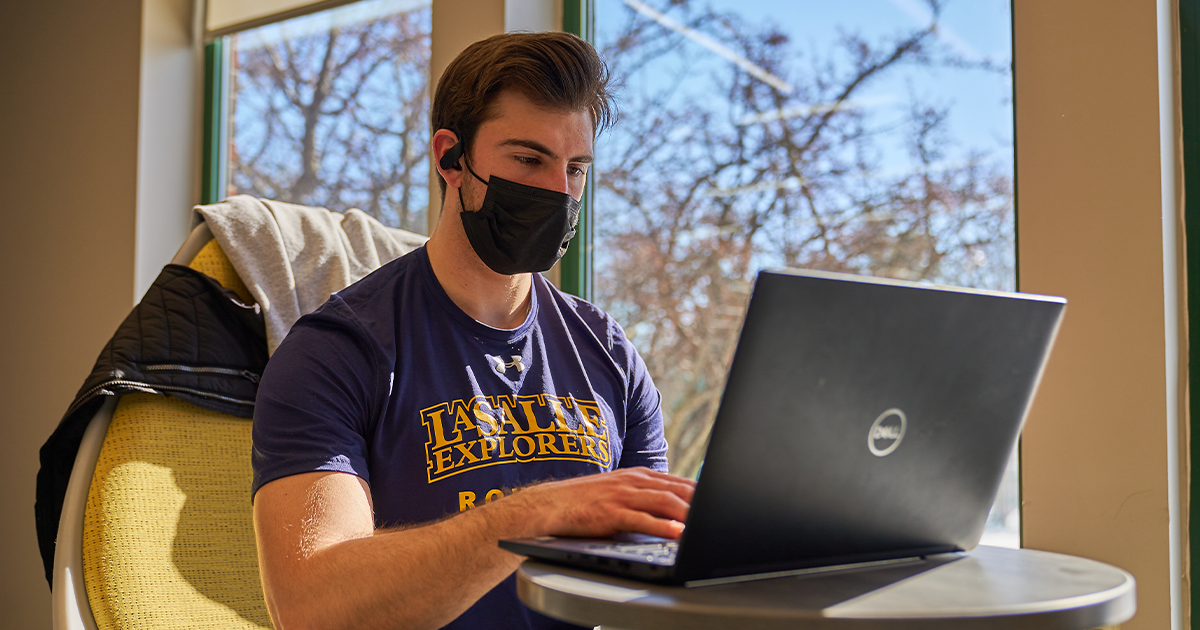 According to U.S. News’ 2023 Best Online Programs report, unveiled Jan. 25, La Salle’s online Master of Science in Nursing program is tied with several institutions at No. 135 in the U.S. and the University’s online business programs received recognition nationally, as well.

“Our curriculum guides students at any stage of their academic journey, whether they seek a change in career direction or they are looking to get their career started,” said Steven F. Siconolfi, Ph.D., the University’s Interim Provost and Vice President of Academic Affairs.

These are just the latest accolades for La Salle University.

The University’s undergraduate nursing program received recognition from U.S. News this fall as one of the nation’s leading providers of undergraduate nursing education in the publication’s September “Best Colleges” annual report. The ranking report ranked La Salle as one of Pennsylvania’s best Catholic universities and commended the University for social mobility and veteran support.

La Salle’s nursing students excelled on their national licensure exams, too, surpassing the national and Pennsylvania averages for the most recent testing cycle.

At La Salle’s School of Business, other MBA formats are available, too. These include: a part-time hybrid MBA, that bridges online and in-person classes for working professionals; an accelerated one-year MBA that targets both recent graduates and those seeking career pivots; its flagship full-time MBA program; and a four-year BS/MBA in accounting, the only one of its kind in the Philadelphia region.

Established in 1955, La Salle’s School of Business delivers an innovative education that prepares its students to do purposeful business. Accredited by AACSB International, a distinction held by less than five percent of the world’s business schools, the La Salle School of Business is home to the only accredited sales training center of its kind in Philadelphia, as well as a four-year BS/MBA program in accounting that prepares students to sit for the CPA exam.