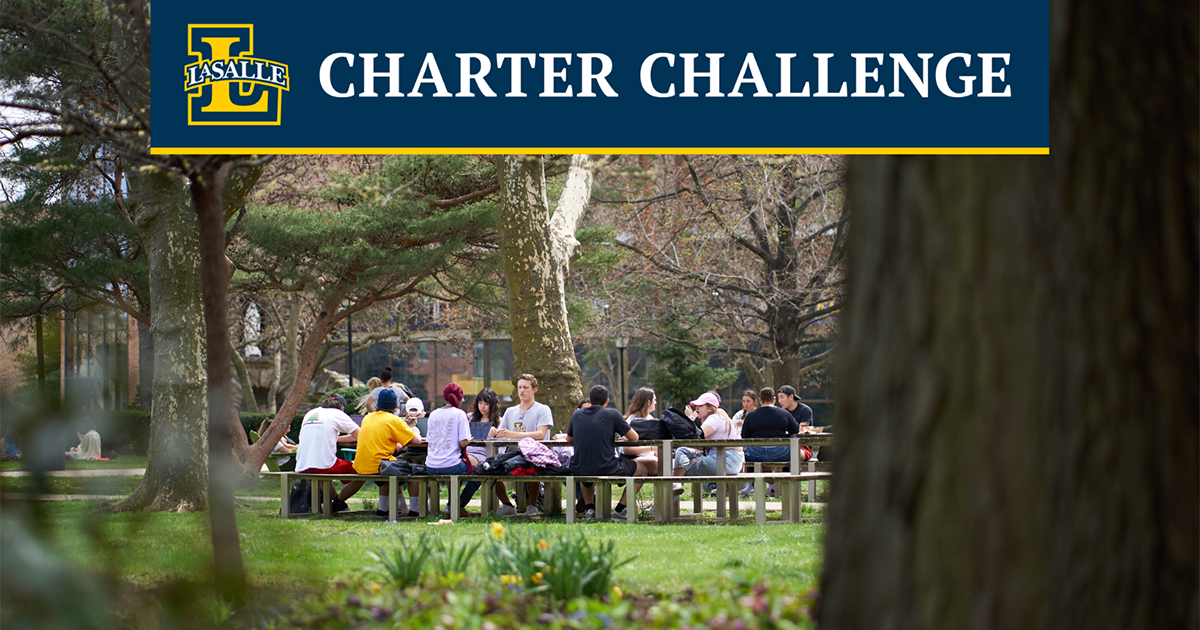 It’s the season of giving, and the La Salle University community came together on Giving Tuesday.

This year, on Nov. 29, Explorers everywhere made 678 gifts to La Salle—the most in the University’s Giving Tuesday history—totaling in excess of $180,000.

The majority of Giving Tuesday gifts to the University supported the Charter Challenge. This one-year, $10 million fundraising initiative directly impacts student life at La Salle by strengthening the academic and campus experiences for current and future Explorers. Launched in October, the Charter Challenge celebrates the 160th anniversary of Pennsylvania awarding a charter to what was then La Salle College.

The Charter Challenge, with support from Giving Tuesday, has raised more than $6 million.

“Great outcomes are achievable when the members of our La Salle community unite in a meaningful way, just as they did on Giving Tuesday,” said Vice President of University Advancement Dan Joyce, M.A. ’01. “We are incredibly appreciative of our alumni, faculty, staff, students, families, and La Salle friends, whose gifts on Giving Tuesday demonstrated their strong and shared belief in our University’s mission and its rigorous programs.”

Giving Tuesday is a global day of philanthropy recognized on the Tuesday immediately following Thanksgiving.

Members of the La Salle community contributed gifts in support of the Charter Challenge and these key areas:

The University also introduced the 1863 Achievement Scholarships, named in recognition of La Salle’s first year of operation. These four-year commitments of $5,000 per year will provide scholarship support for prospective students in strong academic standing who are entering La Salle as part of the University’s Class of 2027. (Call 215-951-1539 or email development@lasalle.edu to discuss the 1863 Achievement Scholarship with a member of The La Salle Fund team.)

Explorers are known for giving back. Just last year, La Salle’s Day of Giving broke an institutional record for single-day fundraising. And the introduction of the Charter Challenge, by President Daniel J. Allen, Ph.D., in his Inauguration address, was announced in parallel with the Christian Brothers’ $3 million lead gift in support.

“La Salle’s commitment to its students and its historic mission is 160 years strong,” Joyce said. “With the continued help of our community, we will ensure that the next 160 years are just as transformative.”