This single mother beat cancer and earned U.S. citizenship. Next, she will graduate from La Salle 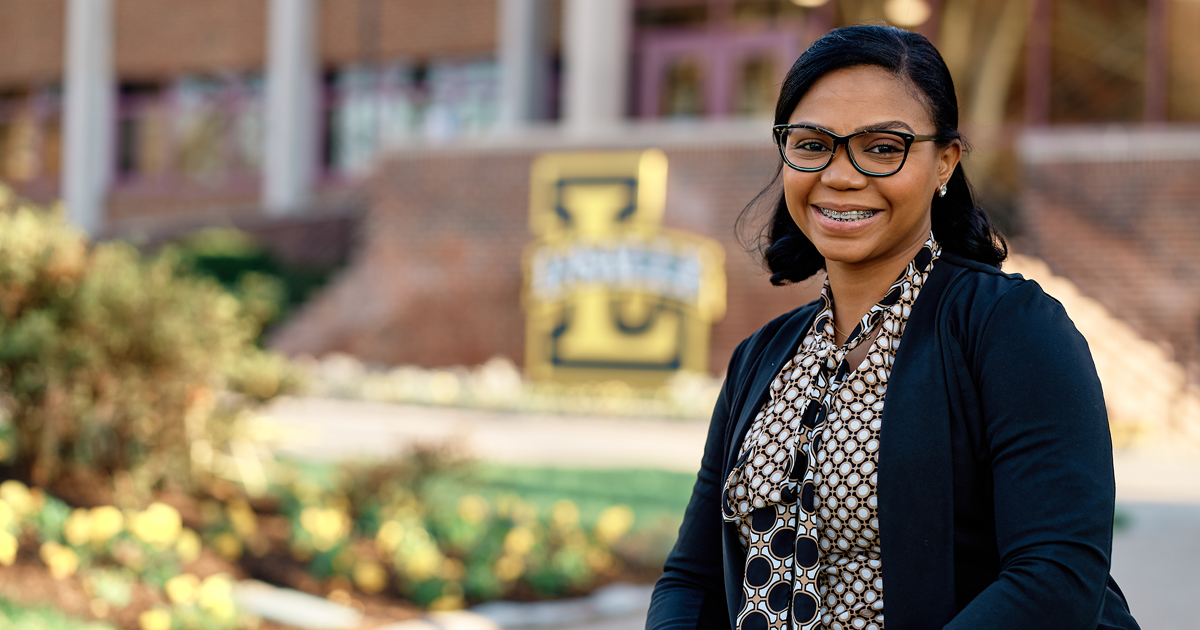 Albania Luciano Wilmo, ’21, is no stranger to overcoming obstacles.

Albania Luciano Wilmo, ’21, is used to beating the odds. Overcoming obstacles has become commonplace for her.

A language barrier. Cervical cancer. Single parenthood. Juggling full-time employment and a full-time college course load. Any one of these professional and personal challenges could have derailed her pursuit of an education and a better life for herself and her eight-year-old son, Isaac.

Not for the 30-year-old Wilmo. Each impediment has pushed her to work harder. She keeps moving forward. In fact, she never stops moving. “I know I don’t get enough sleep,” she said with a laugh.

A social work major at La Salle University, Wilmo is quickly approaching graduation. Earning a college degree was a goal she once viewed as unreachable. She arrived at La Salle as a student within the Bilingual Undergraduate Studies for Collegiate Advancement (BUSCA) program, which offers Hispanic students the chance to earn a four-semester Associate of Arts degree from La Salle with a concentration in English for Academic Purposes.

Born in the Dominican Republic, Wilmo is the oldest of three children born to her mother Maribel, a practicing general physician in her native country. Wilmo describes her mother as “a very tough woman. She had to be. She had me at 15 and raised me as a single mother.” Wilmo emigrated to the United States in 2009 at the age of 18. She had completed one college semester by the time she relocated to Philadelphia. She dreamed of studying computer science or psychology. She remembers being told college is too expensive and that, even if she earned acceptance, she would never graduate.

Wilmo persevered. She worked as a housekeeper for six years in two of Philadelphia’s high-end hotels before growing tired of the demanding 3–11 p.m. shifts and minimum-wage salary. She aspired for better. “I wanted change,” she said. “I wanted to be something else.”

She contemplated her next life move, even as she battled for her life. Two years after a diagnosis of cervical cancer, Wilmo was declared cancer-free in 2012. She called it “a miracle.”

“I used to blame myself because I didn’t do anything to improve my life,” she said. “Doctors said I wouldn’t be able to bear children. I started to find peace in God and go to church. It was amazing for me. From that time, I knew I needed to serve God. I knew I needed to pursue my dreams.”

“I wanted to change my life. La Salle University has been a big part of it. I didn’t expect all of these beautiful things. For myself, to improve my life, I had to be here,” Albania Luciano Wilmo

Not long after, Wilmo welcomed her only child, Isaac, and earned naturalized citizenship in the U.S. Those high points bookended a professional plateau. She toiled professionally, including a role as the front-desk receptionist of a medical clinic. Wilmo, who could maintain conversations in English, lacked formal training. Fluency could propel her career, she thought. She turned to La Salle’s BUSCA program to begin her educational journey.

“BUSCA changed my life,” Wilmo said. “Before I graduated from BUSCA (in 2018), I remember 19- and 20-year-olds in the program who would complain that they were tired. I wanted to give them one day of my life to see how they feel because I knew if they saw what I was doing, it will inspire them to keep going.”

There was once a time when Wilmo’s day resembled a chaotic, around-the-clock marathon.

It began at 5 a.m., with breakfast, exercise, and “some time to do my finances,” she said. She dropped off her son at school and, at 7:15 a.m., reported to work in a social work affiliation. She picked up her son from school at 3 p.m. and, what followed, she said, was a 45-minute overlap where Wilmo and Isaac simultaneously completed their respective homework assignments. She would kiss Isaac goodbye and depart for La Salle’s campus, where she took evening classes. Then came her evening job. She and her brother, Emmanuel, with whom she owns and manages an office-cleaning service, completed their contract work from 9 p.m. to 1 a.m. Finally, Wilmo returned home to recharge with four hours of sleep before starting the routine all over again.

“That doesn’t stop me from fighting for my dream and for a better life for my son,” said Wilmo. “He says to me, ‘Mommy, I’m going to go to college just like you.’ He wakes up early with me and says he wants to eat healthy and exercise with me.”

Their time together, particularly during the work and school week, can seem minimal.

“You have to make the moments count,” she said.

Wilmo’s passion for helping others pointed her toward La Salle’s social work program. Her professors have become her champions.

When Wilmo divulged her schedule to Janine Mariscotti, an assistant professor of social work, “I was awed,” Mariscotti said, “and concerned about how she manages this schedule and stays healthy physically and emotionally. Albania exhibits a resilience and perseverance that I suspect comes from a combination of her own temperament and personality, her family relationships and cultural background, her life experiences and a deep spirituality.” 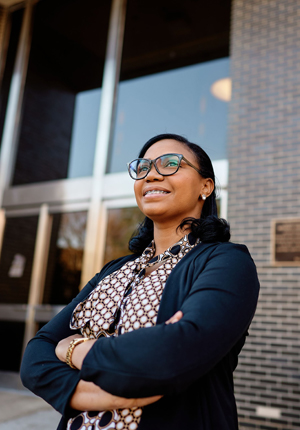 “Albania has much to offer as she grows into the role of professional social worker,” said Mariscotti, the director of La Salle’s Master of Social Work program. “She is very inquisitive and has an intense desire to learn. She’ll bring knowledge and skill, compassion and inspiration to those with whom she works in her chosen vocation of social work.”

“Albania is a great example of the type of student who makes our BUSCA program nationally recognized for our work in helping Latino students graduate from college,” Wood said. “On top of being diligent about her own studies, Albania always finds the time to make sure her classmates are doing well, too. … It is with students like Albania that we have cultivated a positive learning environment in BUSCA.”

Today, Wilmo works as an eligibility specialist with the Caring People Alliance’s Early Learning Resource Center. She is enthusiastic for her future. After all, she’s proven nothing will stand in her way.

“One of the most-beautiful experiences of my life is being here at La Salle,” Wilmo said. “I wanted to change my life. La Salle University has been a big part of it. I didn’t expect all of these beautiful things. For myself, to improve my life, I had to be here.”

“I am enjoying each moment, each class. I’m in love with my program and my career.”