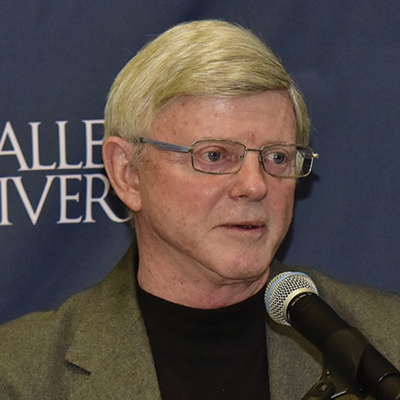 Sometimes, all it takes is the encouragement of others to drastically change the trajectory of a student’s life. Joseph Batory, ’64, is a shining example of what a difference great support can make. Born into a low-income family in Southwest Philadelphia, Batory never imagined going to college. His socioeconomic status and SAT scores led him to believe that higher education was out of reach. But La Salle not only offered him an opportunity to get a degree, it provided him the encouragement and confidence to know he could succeed. Years later, Batory has gone above and beyond to be that same kind of support for others.

In his time as a La Salle student, Batory was guided along his path by the Christian Brothers and faculty. In particular, Brother Clementian helped him realize his full potential as a student. “Brother Clementian kept telling me I could someday be a good writer if I worked at it and that I had potential,” Batory said. “He made me want to write with his patience and shrewdness and love and I got much better at it.” It is because of the specialized attention and constant positive reinforcement from the faculty that Batory decided to become a teacher.

After graduating from La Salle, he began working with at-risk youth in Camden. “My wife and I were both young, ‘save the world’ type of people,” he said. “We took inner-city kids from the high school where she was, Woodrow Wilson, to Europe.”

Eventually, he returned to La Salle as the Sports Information Director. Batory stayed at La Salle for five years before entering the Upper Darby School district as a low-level administrator. Over the years he moved his way up the ranks, eventually being hand-selected to become the Superintendent of Schools. 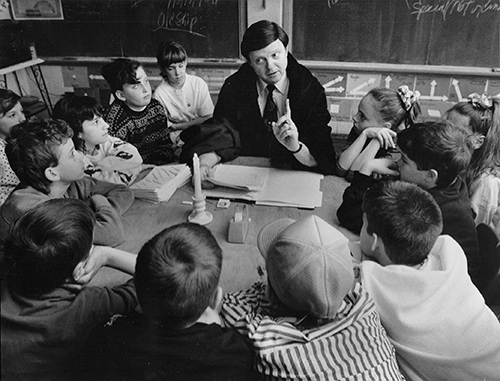 Batory’s only condition for accepting the position was ensuring he’d have the freedom and autonomy to make a change. He was met with overwhelming support and took the job that would later result in uplifting countless pupils.

During his tenure as Superintendent, Batory attained national and local recognition as an exemplary leader. He excelled in providing for a pupil population with a wide range of socioeconomic, ethnic, and racial diversity and a wide range of educational needs. His achievements were recognized by the White House, the United States House of Representatives, and both legislative chambers of government in Pennsylvania. Upon his retirement, one news media outlet labeled Batory “a champion of learning for all students.”

Batory was also recognized by the Upper Darby Education Foundation as the Founder and “Father of the Foundation” for providing over one quarter million students with over $2.9 million in grants and services toward educational and cultural opportunities.

In his spare time, Batory continues to give to his community and young people through volunteer work and through the Rotary Club of Philadelphia. As past President and member for over 30 years, Batory coordinated and monitored the visits of 23 international Rotary scholars who studied in the Philadelphia area. He continues to keep in touch with them and visits when he can.

Batory gives a great deal of credit for is success and care for others in his adult life to people he encountered in his years at La Salle. “The Christian brothers saved my life, and I can say that bluntly,” he claimed, crediting Br. Daniel Burke, FSC, Ph.D., Br. Emery Mollenhauer, FSC, Ph.D., Br. Charles Gresh, FSC, ’55, and Howard Hannum, Ph.D., ’48, alongside Br. Clementian, to major milestones in his academic life.

Batory hopes his gifts will show his gratitude for all that the Christian Brothers have done for him. “Everything the Christian Brothers stand for touched my life,” he said. His gifts to La Salle will support the legacy of education for all. He foresees that Explorers in the years to come will be able to reach their full potential, not the potential society has predetermined for them based on class. Batory hopes to impact young people from low-income families the way the Christian Brothers impacted him. “My SAT reflected my socioeconomic status not my academic ability,” he said. “You don’t take somebody where they are and rubber stamp them. You change them.”