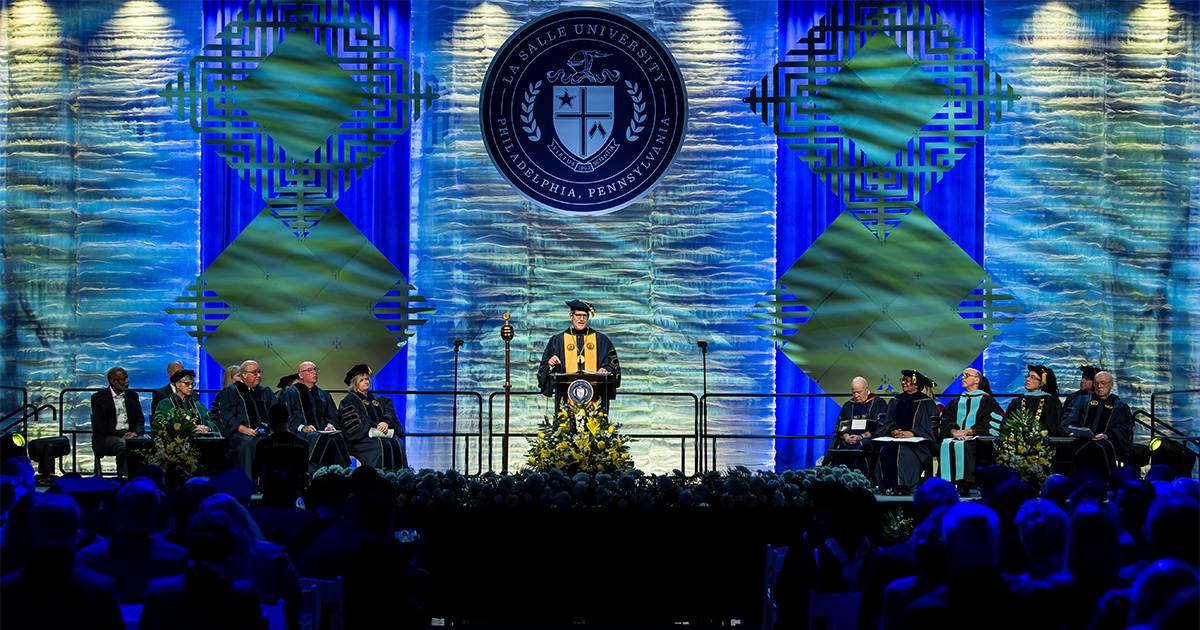 The Oct. 28 ceremony honored the University’s 30th President as it looked toward the future.

Allen, who began his presidency in April, was formally recognized in his role on Friday, Oct. 28. The arena, dressed in vibrant blue and gold, welcomed a crowd of faculty, staff, students, alumni, and parents and families, along with delegates from 30 colleges and universities across the country.

The central moment of the ceremony was President Allen’s inaugural address, during which he made two major announcements.

“It is by their example and in the legacy of Saint John Baptist de La Salle that we will write this next chapter in the history of La Salle University—with faith, an unwavering commitment to our mission and, yes again, courage.”

President Allen introduced the creation of a new University fundraising initiative, the Charter Challenge, celebrating the 160th anniversary of La Salle receiving its charter from the Commonwealth of Pennsylvania. The Institute of the Brothers of the Christian Schools has made a lead gift of $3 million toward the Charter Challenge, with the lay members of La Salle’s Board of Trustees responding to this gift with an additional $1 million.

Second, he announced that the Commonwealth has awarded La Salle a $3.5 million grant through its Redevelopment Assistance Capital Program to be applied toward future investments in infrastructure and facilities.

“I am humbled and honored to lead this University at this time in its history,” President Allen said.

President Allen’s Inaugural address also highlighted five critical areas in which he expects the University to thrive. They include:

President Allen, whose address centered around courage, noted the importance of taking advantage of this transformational moment in higher education through hard work and dedication.

“When I think about the legacy of our patron saint—Saint John Baptist de La Salle—who left behind his own personal wealth and his place in society to establish the community that became known as the Christian Brothers, I’m reminded that it was in fact an act of faith and courage,” President Allen said. “And when we look to the Christian Brothers who have carried forth his mission for more than 300 years, we find, yet again, that even in the darkest of times, when the path forward seemed impossible, they demonstrated tremendous faith, an unwavering commitment to the mission, and, yes again, courage. It is by their example and in the legacy of Saint John Baptist de La Salle that we will write this next chapter in the history of La Salle University—with faith, an unwavering commitment to our mission and, yes again, courage.”

“I am so proud to work closely with the La Salle administration to build access to career-readiness opportunities in this neighborhood,” Haywood said.

A community celebration on Hansen Quad directly followed the ceremony. 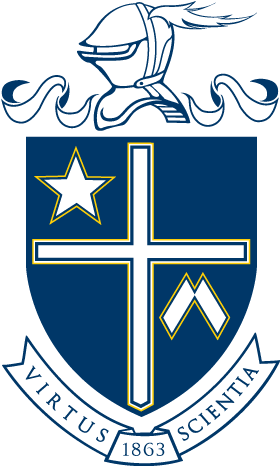