Addressing the mental health needs of Northwest Philadelphia and beyond

This Week @ La Salle: A nursing partnership with Penn

Get involved on MLK Day

Prayers for the repose of Pope Emeritus Benedict’s soul

Networking doesn’t have to be awkward. This
La Salle alumnus explains why 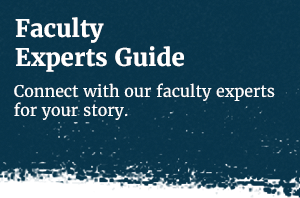