Writers Matter in Israel and Palestine

Writers Matter: Israeli and Palestinian—Cultural Narrative Building through Writing , the Writers Matter program in the Middle East, began in September, 2011, engaging students in the region between the ages of 12–14. It was designed and implemented by Co-Directors Dr. Robert Vogel, La Salle University (U.S.A) and Dr. Sami Adwan, Bethlehem University (West Bank, Israel).

It is comprised of Israeli, Israeli/Arabs/Palestinians, and Palestinians (from the Palestinian authority area schools in Bethlehem) from five schools in grades 6th–8th. The Program is integrated into the school day, is part of the school curriculum, and is taught by teachers in the school. All teachers are provided instructional materials, books, and journals; and they participate in a professional development program. Teachers are given support on a monthly basis and through e-mail.

This Program provides a motivational approach for students to write freely about family life, communities, friends, fears, hopes, aspirations, and expectations.  Students relate to stories and life experiences of other students of the same age both in their own school and in schools in different parts of the region who are experiencing life in a different way. This strategy helps students to develop more positive attitudes toward others, more actively listen to different perspectives, and hopefully correct negative images or stereotypes they have developed by the nature of living in this area of conflict and hatred. 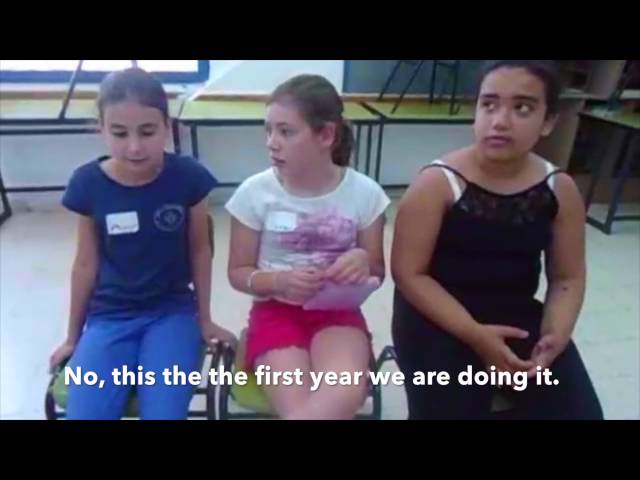 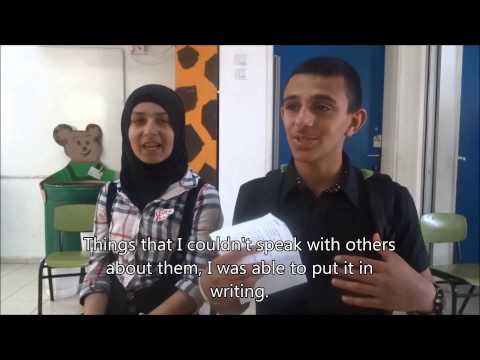 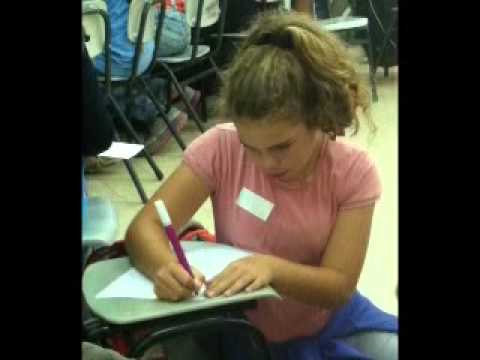 The Writers Matter Program at La Salle University is expanding abroad to schools in Israel and the West Bank in Palestine. The program will offer students from grades six through eight the chance to develop writing skills by journaling their personal life experiences. The program founded in 2005 by Robert Vogel of La Salle’s Education Department, Writers Matter has been implemented in several Philadelphia middle schools offering students the chance to hone their skills as writers while enabling them to find and share their own voice in a creative manner.

The international program will offer this opportunity to six different schools—two Jewish schools in Israel, two Israeli-Arab schools which Arab-Israeli students attend, and two schools in the West Bank. Due to the complex political climate in this region, the students from different schools are not yet allowed to interact, but electronic forms of communication will attempt to allow the students to read the accounts of their peers from different communities. Talks are also underway with government officials to arrange opportunities for the students to meet and share their work and ideas with each other.

“My major goal is to provide an opportunity for these three different populations to write about their lives from personal experiences,” Vogel said. “I am hoping that through exploring their personal narratives these young people who live in much conflict will begin to see more similarities than differences.” A book will also be compiled to publish the students’ writings in Hebrew, Arabic and English.

The idea to establish Writers Matter abroad started in March 2011, when Vogel led a group of 12 La Salle students to Israel and the West Bank through a spring break travel study course. There, the students visited Bethlehem University, a Christian Brothers’ school in Palestine, and presented the Writers Matter program to Palestinian college students and faculty.  “I think this was the most convincing or persuasive piece,” Vogel commented, noting how the La Salle students’ sharing of their experiences won the interest of those at the university. After the presentation, Vogel was approached by Dr. Sami Adwan, who expressed interest in beginning the program for Palestinian and Israeli adolescents.

Adwan, a Professor at Bethlehem University is now co-directing the international Writers Matter with Dr. Vogel.  Adwan met with Dr. Vogel in Colorado this past June to plan the goals and initial assignments for the students. Adwan continues to work closely with Vogel, who will be traveling to Israel and the West Bank during the second week of October to help train the teachers and student mentors.

“This is a pilot program,” Vogel said, hoping that it will grow over time. “We are taking a very assertive approach because of the many issues political and economic challenges we will be facing there.” We have met with much enthusiasm so far and found schools and teachers willing to get involved with the program, Vogel stated.

The program also hopes to implement college students as mentors from Bethlehem University and one Israeli University. The mentoring aspect of Writers Matter is an essential one; La Salle students have actively participated in mentoring in the Philadelphia area since the program’s beginning seven years ago.

This year, students from the Leadership and Global Understanding introductory course will be given the opportunity to mentor with Writers Matter in Philadelphia. In the past, mentors have also been a part of La Salle FOCUS as well as fulfilling a service-learning opportunity. Students typically spend two to two-and-a-half hours per week volunteering in the schools. As the co-director of the LGU minor, Vogel hopes that La Salle students will be able to work with the international Writers Matter program, whether through a study abroad opportunity, travel study or a volunteer program.  “[The program] is academic in nature and has attracted the interest of students in education, social work, and political science,” Vogel said.

Over 5000 Philadelphia students have participated in the program since its inception, and during the 2011-2012 school year, ten schools, fifteen teachers and over 1000 students will participate in the Writers Matter program. The program’s rapid success in Philadelphia is encouraging as it expands to offer new opportunities for seventh- and eighth-graders abroad. As Vogel noted, “This is a critical age where they form identities and opinions of others. Hopefully, through a more dynamic approach to understanding cultural differences, they can better work together.”