Following a brain hemorrhage that could have cost him his life, Joe Mihalich, ’78, takes on the role of special assistant to men’s basketball coach Fran Dunphy, ‘70.

Joe Mihalich, ’78, is crystal clear about the reason for his La Salle homecoming.

The longtime basketball coach turned 66 in August. Two years removed from a brain hemorrhage that could have cost him his life, he wanted to remain connected to the game. When a person—and a place—so near to his heart provided that chance, he didn’t hesitate.

Mihalich will spend the 45th season of his coaching career as a special assistant to the Explorers’ new men’s basketball coach Fran Dunphy, ’70, at the place where his basketball career began long ago.

“He plays a really big part of that,” Mihalich said of Dunphy. “I don’t know if it’s possible to put that in perspective. He’s the reason I came back here. I wouldn’t do it for anybody else.”

It’s equally difficult to overstate how central La Salle has been to Mihalich’s journey—a unique voyage from the basketball crucible of Philadelphia to becoming one of the nation’s most-respected coaches.

Mihalich posted 17 winning seasons in 22 years at Niagara and Hofstra. He made the postseason nine times, with three NCAA tournament berths, the last with Hofstra in 2020. He’s unique among the Philadelphia coaching fraternity in making his name known far beyond the city’s limits. The esteem in which he is held by fellow coaches was made clear in 2013, when the won the Skip Prosser Man of the Year Award. He also has been recognized nationally for his work with Coaches vs. Cancer.

Mihalich’s journey began in his youth, living just up the street from La Salle’s campus. His father, also Joseph, was a professor of philosophy at La Salle, after a baseball career that included a stint in the New York Yankees farm system. The younger Mihalich picked up the athletic trait, excelling at La Salle College High School before walking on at what was then La Salle College.

By Christmas break of Mihalich’s first year, men’s coach Paul Westhead converted him to a scholarship player. Mihalich and the Explorers went to the NCAA tournament that March and again when he was a senior rotation player in 1977-78. Mihalich knew coaching was in his future and tried to absorb as much as he could from Westhead, an innovator in up-tempo basketball who engineered Loyola Marymount’s legendary teams of the late 1980s, and won an NBA championship with the Los Angeles Lakers in 1980 and a WNBA title with the Phoenix Mercury in 2007.

“I learned from him all the right things,” Mihalich said, “but especially the speed game.”

The success Mihalich had as a head coach belies how long it took to get his shot. He was 41 when Niagara hired him in 1998, having paid his dues with 20 years on the sidelines, including 17 at La Salle, after a three-year interlude as an assistant at DeMatha Catholic High School in Washington D.C., under Naismith Hall of Fame coach Morgan Wootten. Mihalich’s time with the Explorers intersected with many of the program’s monumental moments: as a teammate of NBA players Joe Bryant, ’75, and Michael Brooks, ’80; sharing the bench with Dave “Lefty” Ervin, ’68, and Speedy Morris; coaching Lionel Simmons, ’90, Tim Legler, ’88, and Doug Overton, ’91.

He and Dunphy overlapped as assistants at La Salle from 1985-88. They share a relationship that is typical of Philadelphia’s basketball collegiality, with a potent mutual respect.

“When you look at his resume and the totality of his experience and accomplishments, I jumped at the opportunity to add Joe to our coaching staff. Like me, Joe is a La Salle graduate. He’s a high-character guy, someone I’ve known for a long time and someone I’ve had the opportunity to work with before. What he brings to this program is immeasurable and I am grateful to have him with us.”
—Men’s basketball coach Fran Dunphy, ’70

“When you look at his resume and the totality of his experience and accomplishments, I jumped at the opportunity to add Joe to our coaching staff,” Dunphy said of Mihalich. “Like me, Joe is a La Salle graduate. He’s a high-character guy, someone I’ve known for a long time and someone I’ve had the opportunity to work with before. What he brings to this program is immeasurable and I am grateful to have him with us.”

Mihalich made the most of his chance in upstate New York. The Purple Eagles won three regular-season and two conference-tournament titles, leading to his induction to the Niagara Athletics Hall of Fame in 2021. He added three regular-season conference crowns at Hofstra, finally breaking through to the NCAA tournament in 2020 only to see it wiped out by COVID-19.

That August he suffered a brain hemorrhage, which led to a leave of absence for the 2020-21 season. He announced at the end of the year that he would transition to a special advisor role to director of athletics Rick Cole while Speedy Claxton, the school legend whom he hired as an assistant, took the coaching job. “It made me miss basketball,” said Mihalich, who maintains an upbeat presence as a font of basketball wisdom.

Dunphy has given Mihalich a chance to return to the sport. And this season, he also has a chance at a head-to-head coaching matchup with his son Joe Jr., an assistant at Penn. It’s something Mihalich regards as “surreal.”

Mihalich has a vast coaching tree, a testament to how many young coaches for whom Mihalich has served as an example.

“I hope that they will be as successful as I was,” he said. “It’s a tough business. … I’m really proud of them, but I would rather that they be lawyers or doctors.”

For nearly half a century, it’s worked out pretty well for Mihalich.

Enrollment of new first-year students at La Salle has increased 13% over the last year, the University announced. This...

END_OF_DOCUMENT_TOKEN_TO_BE_REPLACED

La Salle’s full-time MBA program ranks No. 1 in the nation for job-placement rate, with 100% of graduates securing...

END_OF_DOCUMENT_TOKEN_TO_BE_REPLACED 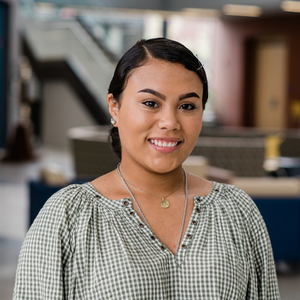