The Quiet Man
by John McCloskey, ’48

A quiet man has left us
and he would have us live
with inner peace and kindness
all our lives
advice he would live and give.

In the midst of a very troubled world
his actions were a “harbor light
for the peace he longed for always
may that beam pierce each dark night.”

“At times, I felt Dan had a certain depth or centeredness about him as if he were in tune with another realm.” — SR. MARIANN BURKE, R.S.C.J.

Following his death in November, Brother Daniel Burke, F.S.C., Ph.D., is remembered as a man of vision both inside the classroom and as La Salle’s 25th President, but the family, friends, colleagues, and students who knew him best remember him for his unassuming leadership. 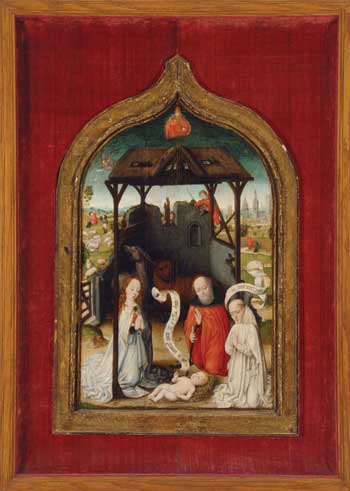 “He did more academically for the institution than anybody I’ve known,” said Brother Emery Mollenhauer, F.S.C., Ph.D., who was friends with Br. Daniel for 70 years. “But he was a very low-key person. As the academic vice president and then President, he made spectacular achievements, but done in a very unspectacular way. It was his nature.”

He was famous for one very simple utterance: “Oh.”

“It’s an innocuous expression,” said Brother Michael J. McGinniss, F.S.C., Ph.D., ’70, President Emeritus and a friend and former student of Br. Daniel’s. “But Dan could make that mean a couple hundred things by his inflection, by the way his eyebrows moved, by the tone of his voice, and I think anybody who knew him recognized that expression.”

Br. Daniel’s legacy spanned some of the most turbulent years of the 20th century. But his leadership was tranquil even in the face of student protests and sit-ins. “At times, I felt Dan had a certain depth or centeredness about him as if he were in tune with another realm,” his sister, Sister Mariann Burke, R.S.C.J., observed.

“Totally unflappable,” is how La Salle Trustee Emeritus and friend G. Dennis O’Brien, Ph.D., described him. “You felt that anything you said, he could take it in and find a place for it in his own sensibilities and his vision of what the Christian life was all about.” 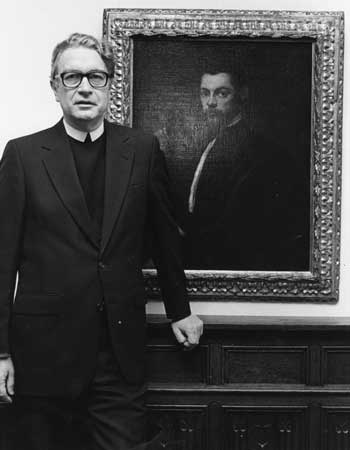 His former students characterize him as supportive, soft-spoken, and inspiring. “I use his lessons every day,” said Michael Hoffman, ’73. “He taught me to learn critically, to thoughtfully challenge in order to thoroughly understand, and that a whisper and a glance are often more potent than a shout and a smack.”

His deep affinity for poetry, music, and art led him to create La Salle’s Art Museum, which grew from a “modest study collection” for his students to one of the top university art museums in the region. “For Dan, art was a window to God,” Sr. Mariann said. “He could look at a tree, and have this sense of the beauty of it, and entered into that somehow, like a mystic. What amazed me was how (even) up to the end, he kept that sense of beauty, of composition.”

But above all, Br. Daniel is remembered as the embodiment of a true Christian Brother. His patient and nurturing spirit made him a natural teacher even outside of the classroom.

“Through things of beauty and through the beauty of his own example, Dan opened for us new perspectives on life that would lead into a new and transformed life,” said Br. Michael.

Old friend, it takes so long these days
to sift the seasons and the years,
searching for the bits and pieces
of what might survive and last
of what is good, true, or beautiful,
of what, indeed, is holy.

Now, as another spring arrives,
I send a wish for patience and
simplicity, as we must wait
for wonders that remain and
for the one we hope to see,
the All of all worth waiting for.