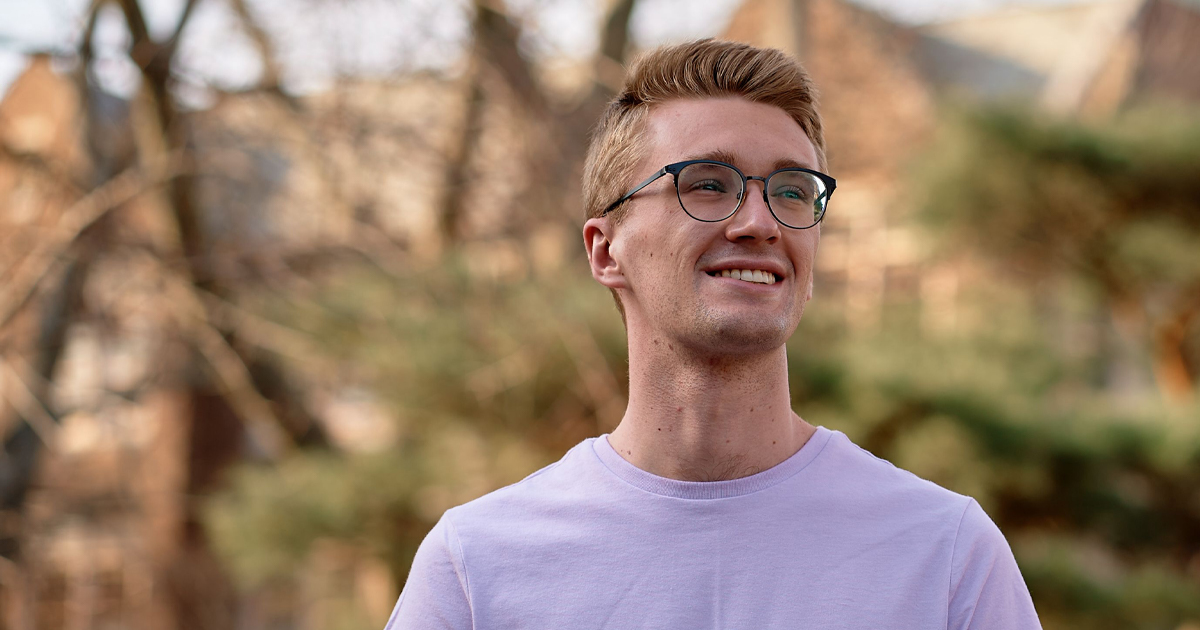 Brett Conley, ’23, has been awarded a 2021 Newman Civic Fellowship.

The summer months of Brett Conley’s teenage years featured several trips through the Appalachian Mountain region of the eastern U.S. While there, Conley and others helped rehabilitate houses that had fallen into varied states of disrepair.

Already a volunteer-minded young person, Conley, ’23, started thinking more deeply about the significance of his work—and its eventual evolution.

“There we were, rebuilding these homes for those without means,” said Conley, a second-year student at La Salle University. “In a country where resources are so readily abundant, to see people who have next to nothing was puzzling to me.”

A native of Media, Pa., Conley has since expanded his volunteerism. Others have taken notice. Conley earlier this month learned he had been selected for the 2021 Newman Civic Fellowship. The 20-year-old, who majors in finance and business systems and analytics, is one of 212 students from 39 states, plus Washington, D.C., and Mexico, who comprise the fellowship’s 2021 cohort. He is one of three students from Philadelphia universities to have been selected.

Conley’s selection marks the fourth time in five years that a La Salle student has been named a Newman Civic Fellow.

The Newman Civic Fellowship is a national program that recognizes college students from Campus Compact member institutions who are leaders, changemakers, and public problem-solvers on their campuses. The students chosen are those who demonstrate a commitment to finding solutions for challenges that face communities locally, nationally, and internationally. Campus Compact, a Boston-based non-profit organization that works to advance the public purposes of higher education, supports institutions in fulfilling public purpose and deepening their ability to improve community life and educate students on civic and social responsibility.

The yearlong program will expose Conley and other students to educational resources, networking opportunities, and virtual trainings aimed at facilitating what the organization calls “large-scale positive change.” The fellowship also provides pathways to scholarship and post-graduate opportunities that are exclusive to Newman Civic Fellows.

“I was shocked, at first, to learn I had been chosen,” Conley said. “It’s humbling.”

Conley’s service work is “something that’s been engrained in me from a very early age,” he said. As a teen, while attending Penncrest High School in Delaware County, Pennsylvania, he volunteered with Meals on Wheels to support his community’s elderly and disabled populations. His work segued into nearby shelters for the homeless, at which he would prepare and distribute meals.

Upon arrival to La Salle, Conley has broadened his view of service. He has become an active member in five of the University’s student service organizations. Last year, as a first-year student, he worked with La Salle’s AIDS Outreach program, through which the university partners with local organizations to provide a social outlet for those affected by HIV/AIDS. He also volunteers with Special Olympics and the Boys & Girls Clubs of America.

“As anyone would guess, the pandemic has created challenges and difficulties in our outreach efforts, particularly those that involve social groups that support people who are severely immunocompromised,” said Conley, who next January will begin a co-op with Johnson & Johnson. “We’ve been leading fundraisers for some, Zoom activities for others. I dearly miss the days before the pandemic. I want to help the community to my utmost ability.” 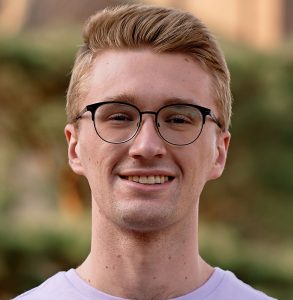 “Brett is thoughtful and his thinking becomes meaningful action, always aimed at working towards the common good,” Kinzler said. “A man of deep faith, he combines his faith with works, all in the cause of social justice.”

“Brett’s commitment to creating a more just society and his talent of building bridges with unassuming leadership are part of what led Brett to La Salle,” Kosiek said. “Whether volunteering with Special Olympics and the Boys and Girls Club, coordinating AIDS Outreach, or serving on the Interfaith Task Force, Brett is not afraid to give of himself, sometimes literally. Brett recently donated bone marrow as part of the Be The Match Bone Marrow Registry.”

In congratulating Conley for earning the fellowship, MarySheila E. McDonald, J.D., dean of La Salle’s School of Business, commended the student’s “generous spirit and service to others.” President Colleen M. Hanycz, Ph.D., referred to Conley as “a student leader active in issues of social justice.”

“Brett came to La Salle with an impressive history of service and interfaith cooperation work,” President Hanycz added, “and has expanded on that during his time at La Salle.”