‘More than just a tutor’ 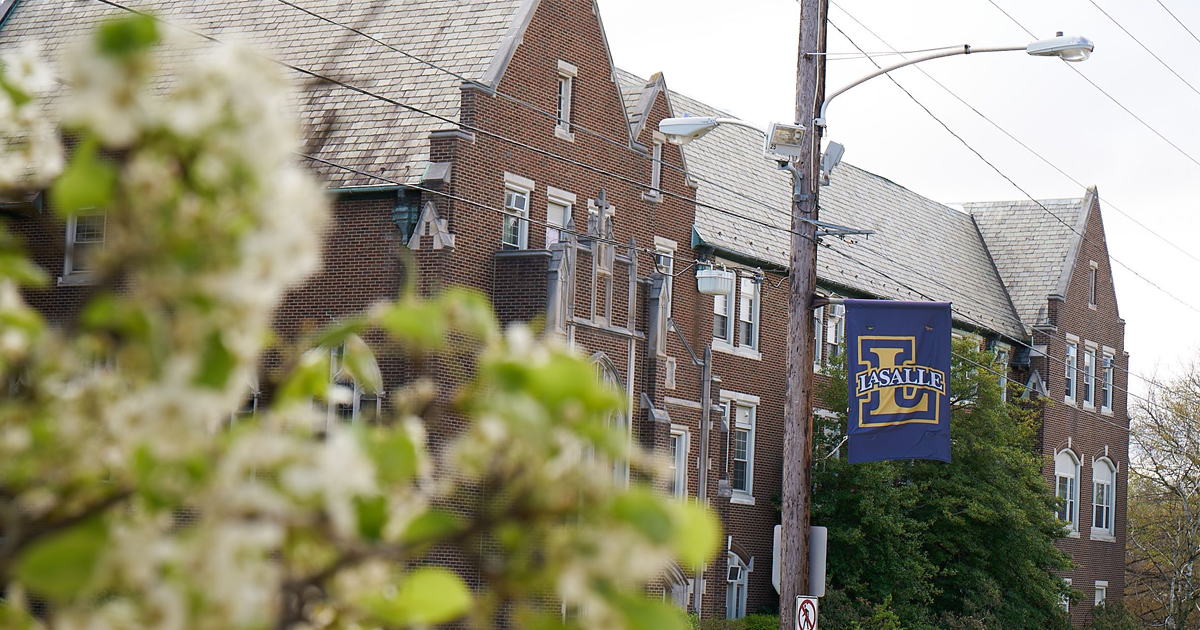 “I’m the oldest of three children. I’ve always been a good student, too, and generally good at explaining difficult concepts,” said Dabas, an economics major at La Salle University.

While her parents worked, Dabas—then in high school—often counseled her younger brothers on their classwork. When Dabas moved to Philadelphia from the Dominican Republic, the University’s Neighborhood Tutoring program seemed like a natural fit. She got involved early in her first year at La Salle.

“I went to a Lasallian high school and those values of service to your community align with me perfectly. That’s why I tutor,” Dabas said.

Due to the pandemic, La Salle students have turned to Zoom sessions—Monday through Thursday, from 4:15–5:30 p.m.—to offer access to the Neighborhood Tutoring Program. It had been a strictly in-person operation, with neighborhood school children congregating in the University’s Connelly Library Learning Commons. Some had appointments; others simply dropped in. Those sessions extended beyond books. La Salle’s students would offer academic support, either in group or one-on-one settings, along with afternoon snacks and other activities outside of schoolwork.

Today, La Salle’s students have found ways to replicate that experience. For example, they use Zoom’s whiteboard feature to encourage students to annotate, show their work, and problem-solve. Technologically, program coordinators have worked through the rigor of distance learning. Zoom isn’t one size fits all, though.

“When a student is uncomfortable or losing interest, you can see it in their actions. You don’t always have that ability on a computer screen,” said Dabas, a Neighborhood Tutoring Program coordinator. “Our program is anchored in education, but it goes beyond that. We provide support and a connection, and we pride ourselves on the ability to still offer that—even if it’s on a screen.”

Davontae McKinney Kellam can attest to the benefits of La Salle’s Neighborhood Tutoring Program. An eighth-grade student, he had been underperforming in his math class at DePaul Catholic School, located just south of La Salle’s campus. McKinney Kellam’s great-grandmother, Jacqueline Facey, turned to the Neighborhood Tutoring Program after learning about it through her niece, whose son had been enrolled.

Within weeks, Facey said, McKinney Kellam’s grades improved. He earned an 85 in the course. Facey pointed to the “benefit of one-to-one tutoring” as the reason for her great-grandson’s improved grades.

“The tutors are closer to his age and, as such, they have a different way of working with and teaching the children,” Facey said. “Davontae was into it. He ran out of the library after his first session and told me he wants to go to school at La Salle one day. Davontae struggles with confidence in his ability and I had no idea how I’d help him. I am truly grateful to the tutoring team at La Salle. I have nothing but praise and appreciation for them. This was a godsend.”

La Salle’s Neighborhood Tutoring Program is in its 27th year, with similar community learning and tutoring programs at the University predating it by as many as 20 years. Those programs were offered first through La Salle’s Urban Studies Center in the 1970s and, later, the Center for Community Learning (CCL) in the 1980s and 1990s, according to the CCL’s former director Rosemary Barbera, Ph.D., associate professor, chair, and undergraduate program director of social work.

Nhi Nguyen, ’22, a former program coordinator, felt a connection with the school children she tutored. At a young age, she often felt discouraged by academics and the vision of her future. It wasn’t until she engaged in an after-school buddy system similar to Neighborhood Tutoring that Nguyen, a biology major at La Salle, felt “empowered” in her education.

“Whether it’s providing homework help, library resources, a safe space, advice, or even just a friend to our students, I value all the work that the tutors put into the program at the interest of the children,” said Nguyen, a Philadelphia native. “The mission of the Neighborhood Tutoring Program is to bridge the educational gap among children in the surrounding La Salle University area. Participating in the program taught me the importance of building relationships and being a role model for the students to look up to.”

Neighborhood Tutoring Program coordinator Brian Murphy, ’23, values the dual role he has adopted. He noted a bond with a particular student with whom he’s worked.

“I feel that I am serving as more than just a tutor, but almost as a mentor,” said Murphy, an economics major from Flourtown, Pa. “The program has had a huge impact on me. It has been humbling.”