La Salle senior defined by ‘unsurpassable motivation,’ in and out of the classroom 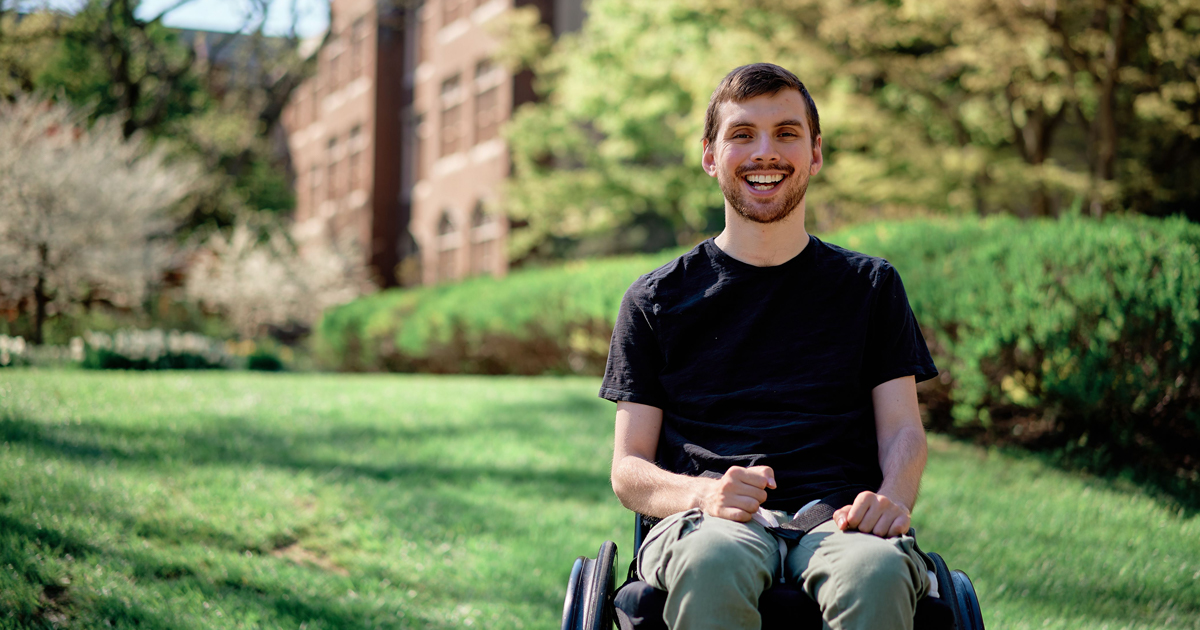 If you take Matthew Cruz, ’21, at his word, the path he took to La Salle University “isn’t entirely unique.” Cruz isn’t a legacy, in that he didn’t follow a parent or family member to 20th and Olney. And upon arrival, he even changed majors.

Cruz chose La Salle, he said, because of its community. He sought a helpful place with selfless faculty and staff—those who would nurture his intellectual curiosity, challenge him to be his very best, and mentor him when he most needed support.

“You’re able to forge deeper relationships and connections when you get to a place like La Salle,” said Cruz, a psychology major and biology minor. “That’s meant the most to me.”

While Cruz may view his journey to La Salle as “a little unremarkable,” the 24-year-old from Langhorne, Pa., himself is anything but.

Cruz is an “academically mature” undergraduate, said one faculty mentor, who described Cruz as one of his most dedicated students in a 40-year academic career. He’s a scholar with “exceptional dedication to research,” said another.

Cruz is a high-achieving student who aspires to earn a Ph.D. in evolutionary biology—and someone who won’t let a moment of significant trauma keep him from reaching his dreams.

In February 2013, at the age of 16, Cruz visited the campus of Harvard University on a bus trip to Boston with fellow high school students from a Philadelphia-area foundation that supported teens on their paths to college. The return trip to Philadelphia forever altered Cruz’s life.

“You’re able to forge deeper relationships and connections when you get to a place like La Salle. That’s meant the most to me,” Matthew Cruz, ’21

“Our bus encountered an overpass and we didn’t make clearance by two feet,” Cruz said. “The roof accordioned in and collapsed on the bus.”

The accident, which injured 35 passengers, ruptured Cruz’s C6 vertebrae and caused tetraplegia. It left him in a medically induced coma for two weeks. He finally returned to his family’s home three months after the accident, following a lengthy hospital stay in Boston and rehabilitative services in Philadelphia. He missed his sophomore year, though he returned to graduate from Neshaminy High School and, later, enrolled at Bucks County Community College and transferred to La Salle.

On the cusp of earning his bachelor’s degree, Cruz is reflective when discussing his time at La Salle, where he is a member of the University’s psychology honor society. He aims to spend next year gaining experience in a research lab before applying to doctoral programs.

Cruz is thankful for the familial support he’s received. He calls himself, “the product of a holistic collaboration,” thanks to a family support group that includes grandmother Fran, mother Megan, brother Alex, and his good friend Nathan. His father, Ricardo, died just a few months before his life-changing injury.

“In this situation, one can’t expect success as a solo entity,” he said. “And at La Salle, what I’ve enjoyed and appreciated the most has been the level to which everyone has been accommodating, so I’ve been able to complete my education without encountering many obstacles.”

His time at La Salle included two notable research opportunities in the psychology and biology departments. 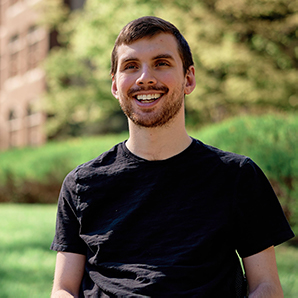 Cruz worked under the supervision of Patricia Wilson, Ph.D., associate professor of psychology at La Salle, while performing theoretical research on the evolution of self-effacement. The project is under journal review. Simultaneously, he conducted a project exploring ethanol-induced temporal lobe neuropathology as an independent research student with Gerald Ballough, Ph.D., professor of biology.

“These are two very different endeavors,” said David Falcone, Ph.D., professor of psychology, “but both are integrated by Matthew into his interest in evolution frameworks and how they organize ensembles of the brain. And remember, this is an undergraduate we are describing here. … I am extremely confident that Matthew will excel in any doctoral program and, ultimately, emerge as a noteworthy contributor to the discipline and the profession.”

Said Ballough: “Matthew is an extremely impressive young man, whose enormous potential as a future scientist is demonstrated by extraordinary intellect and, without exaggeration, unsurpassable motivation, self-discipline, and drive.”

Cruz is poised for whatever comes next—whether in a lab or a classroom.

“My Lasallian experience has been everything I had hoped for when I applied: being a small, tight-knit community, I would have the opportunity to forge meaningful, nurturant relationships with faculty and other students,” he said. “As proof of concept, such relationships have propelled me forward in both academic and professional aspirations and supplied me with the tools to be an effective scientist and a valuable colleague.”