‘Inspired to make a difference’ as a speech-language pathologist 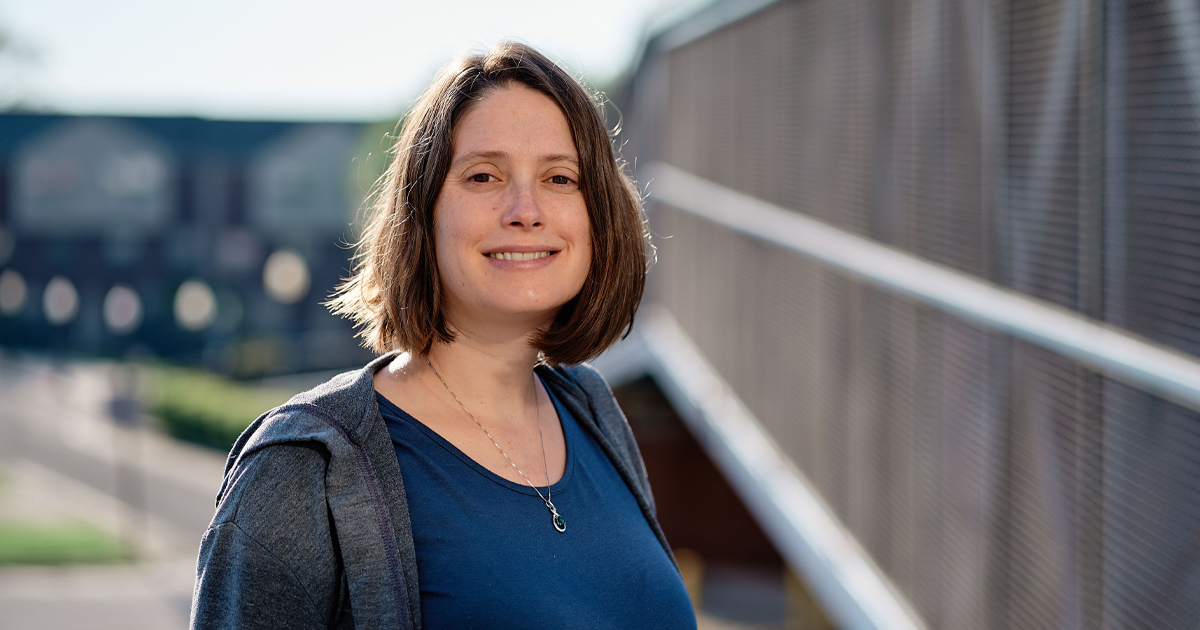 Meet the La Salle grad student and mother of four who quit her job to change her career—and others’ lives.

Electing to pursue a graduate degree is an important decision. That’s especially true in a large family that features four children. As one might expect, finding quiet time to study can be daunting.

“At one point,” Rachel McMahon, M.S. ’21, said, “we had preschool through graduate school represented in my house, all in virtual classes at the same time.”

McMahon’s path to La Salle University, from which she will earn a Master of Science degree in Speech-Language Pathology, has been truly unique. McMahon is a multi-tasking career-changer who left a full-time role in pursuit of professional mobility. She’s a mother of four, including two sons adopted from foster care. She’s a gestational carrier for a couple looking to start a family of its own. And having passed the Praxis, she’s now focused on applying for positions and beginning her new career journey.

“That’s next on my list,” she said with a slight laugh.

McMahon sowed her passion for supporting underserved populations with her career in social work. She has served as a family services advocate, an assessor evaluating older adults for in-home care and nursing facility placement, and a foster care case manager. It was then that she and her husband, Shane, discussed possibly expanding their family. Soon after, Luis, 16, and Wisin, 15, joined Desmond, 13, and Matilda, 5, to create the McMahon’s family of six.

“We did it a little backwards,” she said. “I just always wanted to adopt. Working in foster care was an ideal career for me because of my beliefs and passions. That led me to wanting to become a foster parent.” 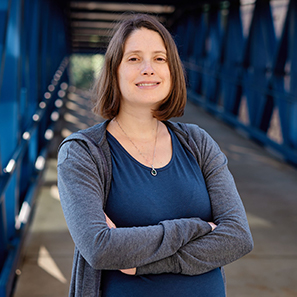 McMahon said speech-language pathology represented “a natural shift” from her social work career with children and families and helping them overcome obstacles. “Both involve building up individual and family strengths and working closely with each client’s family and support system.”

She had studied human development at State University of New York at Oswego, where she found language development to be among the most fascinating components of her undergraduate tenure.

That led her to La Salle’s speech-language pathology graduate program.

“Parents are children’s first and most-important teachers. It’s something I learned early in my career and it’s what inspired me to consider early intervention as a professional path,” said McMahon, a 35-year-old native Philadelphian and Central High School graduate. “I believe children are best served when parents are empowered to be involved in and take on the role of advocating for their children’s educational needs.”

McMahon first entered La Salle’s program through its online modality for 18 months, all the while juggling full-time employment and her family responsibilities. Then she quit her job to commit fully to her graduate studies, putting aside her salary and health benefits in the process. It also meant finding quiet time to study and complete her coursework, suddenly, became a premium.

There were times, she said, that were “absolutely terrifying,” when she wasn’t sure how the family would get through. “I’ve had this attitude that I’m going to make this happen somehow,” McMahon said. “I have to be honest here—it has not been easy, but every single professor has gone out of their way to help me, and so have my classmates. They listen and they understand.”

Somehow—McMahon isn’t even quite sure how—she found time to assist in research projects and volunteer in La Salle’s Speech-Language Hearing Community Clinics. She also contributed to a research project in Summer 2020, independently identifying relevant articles from the literature that were used to inform the study protocol, said Ryan Husak, Ph.D., assistant professor of communication sciences and disorders.

“Rachel is committed to helping individuals with communication disorders thrive,” Husak said. “She will undoubtedly improve the quality of many peoples’ lives in her career as a speech-language pathologist.”

“It has not been easy, but every single professor has gone out of their way to help me, and so have my classmates. They listen and they understand,” Rachel McMahon, M.S. ’21

One of Husak’s faculty colleagues called McMahon “one of the most exceptional and determined students I have met in 20 years of teaching.”

“Her maturity, willingness to make sacrifices, and desire to teach her own children what matters in family life were impressive,” said Evelyn Klein, Ph.D., professor of communication sciences and disorders. “Rachel took each responsibility with pride and made accommodations for herself to finish her master’s degree with a 4.00 GPA at a time when the pandemic compromised so much. Through it all, she never complained but was grateful in the sacrifices she could make to complete her education.”

When she walks at Commencement and hears her name called, McMahon knows her efforts will have been worth it. Her husband and children will be cheering for her, as they should, considering their contributions to her success.

“My family has been supportive and involved through it all,” McMahon said. “On Zoom, my daughter would come into classes and set up forts under my desk. My kids would listen in on lectures from the Bluetooth in my car. I even included old video clips of my children as language samples to show aspects of language development. This degree is as much a reflection of them as it is of me.”