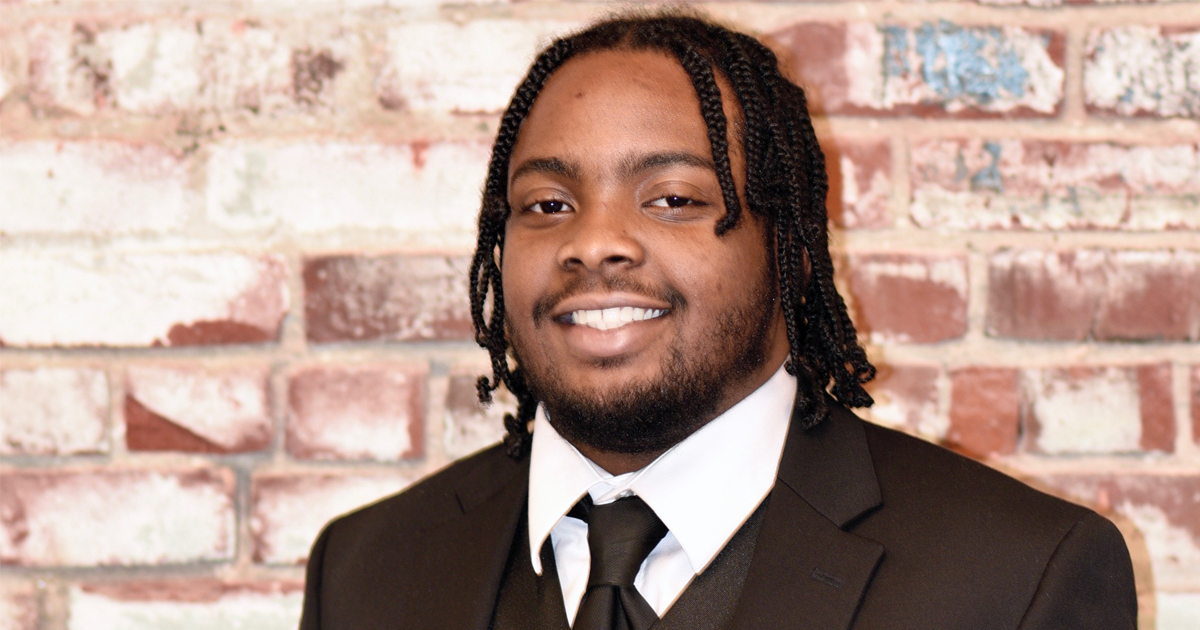 Tyrique Mack-Georges, ’23, earned one of only 19 spots in a global program

As a student at Cristo Rey Philadelphia High School, Tyrique Mack-Georges, ’23, developed such a strong interest in philosophy that he visited the library on his own time to familiarize himself with various philosophers, historical texts, and philosophical movements.

Though Mack-Georges, now 20, opted for a different major upon entering La Salle University, it wasn’t long before he followed his heart and returned to philosophy.

“I knew as I was taking my Introduction to Philosophy classes that this really is where I want to be,” said Mack-Georges, a philosophy major with a minor in English. “I realized I wanted to go all the way with it—getting my Ph.D. in philosophy and pursuing it as a career.”

That passion for philosophy, along with his intellectual curiosity, were key factors in Mack-Georges gaining admission into the competitive PIKSI (Philosophy in an Inclusive Key Summer Institutes) program. The program’s aim is to encourage undergraduates from groups typically underrepresented in philosophy programs to consider continuing their studies.

Mack-Georges was one of only 19 students from around the world selected to participate in the virtual PIKSI Rock program in June, hosted by Pennsylvania State University’s Rock Ethics Institute. The weeklong program featured discussions about different branches of philosophy and presentations from authors representing a diverse array of perspectives, including Black, Latin American, indigenous peoples, transgender, and non-binary writers.

Mack-Georges highlighted the importance of diverse students to see their own identity reflected in an area of study like philosophy.

“It’s important for the Black community, and Black men in particular, to see people like themselves in different types of positions, to illuminate different paths,” said Mack-Georges. “Philosophy is definitely an area where it’s good to see diverse visions of role models.”

As he works toward an undergraduate degree in philosophy with plans to pursue his Ph.D., Mack-Georges said the PIKSI program offered him reassurance that his academic path could lead to professional success.

“PIKSI convinced me that there is a professional pathway, no matter how difficult is, that can work,” said Mack-Georges. “The program was very open in explaining what that path can look like. They want us to connect with individuals who can get us on that path. This was a great start toward that goal.”

“Tyrique is a highly creative and ambitious thinker and a serious student of philosophy,” said associate professor of philosophy Whitney Howell, Ph.D., who wrote a letter of recommendation in support of Mack-Georges’ PIKSI application. “He has an impressive facility with difficult ideas and a talent for applying them to contemporary politics and lived experience. I look forward to his future accomplishments and the contributions I know he will make to the discipline.”