A family commitment to community enrichment 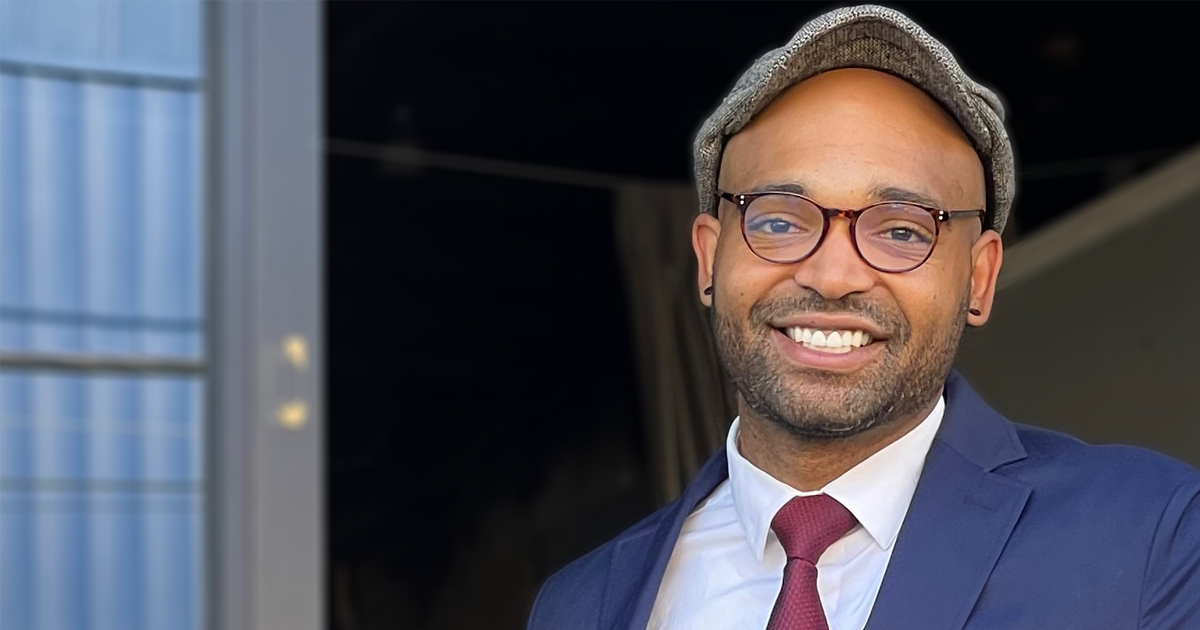 Brandon Washington, ’10, is honoring the legacy of his father by creating a workspace for members of his community to sharpen their tech skills and more.

Growing up in Philadelphia, Brandon Washington, ’10, watched his father work tirelessly to make his community a better place.

The late Ron Washington, a 1970 graduate of La Salle University, owned Ron’s Ribs, a restaurant staple for more than 25 years on Philadelphia’s South Street, where he was well known for feeding those in need.

“I’ve heard so many stories over the years about my dad feeding people for free when they needed a meal,” said Brandon, who graduated from La Salle’s Integrated Science and Business Technology (ISBT) program and is an adjunct ISBT professor. “I met these two guys recently who were starting a business next door to the restaurant years ago and my dad would feed them when they didn’t have enough money.”

The elder Washington also was committed to “empowering his people,” his son said, whether they lived right down the street or had traveled to Philadelphia from half a world away.

“During the Ethiopian-Eritrean conflict, my family sponsored an Ethiopian family to live in Philadelphia,” said Bandon. “My dad trained the mother and he helped her to start her own business, which she still has to this day.”

Citing the influence of his father, Brandon Washington is also working to empower the members of his community. He founded the S.T.R.E.A.M. Engine, a collective of entrepreneurs focused on providing resources, support, and networking opportunities for individuals interested in pursuing what Washington calls the S.T.R.E.A.M. disciplines: science, technology, robotics, entrepreneurship, art, and mathematics.

Working with his brother and fellow La Salle graduate, Colin, ’13, along with other alumni like Daniel Tann, ’82; Rashon Howard, ’10; Amber Smith, ’10; May Truong, ’10, M.A. ’14; Chris Blackden, ’12; and Rohan Brown, ’15, MBA ’16, Washington has secured a facility for the S.T.R.E.A.M. Engine in Philadelphia’s Graduate Hospital neighborhood. He envisions the location as a cooperative workspace where aspiring entrepreneurs can access technology for pursuits he sees as vital to the enrichment of their communities, whether they are building an e-commerce portfolio, launching a podcast, or learning how to cultivate food indoors.

Learn more about the S.T.R.E.A.M. Engine’s 1901 workspace and contribute to the fundraising campaign. Ron’s Signature Sauce is available for purchase, too, with proceeds benefiting the workspace.

“I want to use the space to provide digital workforce development,” Washington said. “But the needs of the community go deeper than that. We’re in a situation where we might not be able to produce enough food for the nation. We need to explore alternative means of food production and one of them is indoor agriculture in urban environments. You can put an indoor agriculture system in a food desert. I want people to have access to learn how to grow things at home.”

Washington—a graphic arts teacher at Hamilton Township (N.J.) West High School—has been raising funds to fully equip and open the S.T.R.E.A.M. Engine space (named 1901 after its address at 1901B Washington Avenue) this fall. To meet a fundraising goal of $20,000, Washington has launched a GoFundMe campaign and recreated his father’s famous barbecue sauce, which he is selling online and at various Philadelphia locations.

Using his father’s sauce to help position community members for future success is an ideal way to honor his legacy, the younger Washington said.

“My dad instilled foresight and vision in me—the ability to see ahead,” said Brandon. “He set that example. Now I’m trying to help members of the community see ahead by instilling 21st-century skills. We need STEM minds in the city.”