Be-leaf it: There’s a greenhouse on Holroyd Hall’s roof 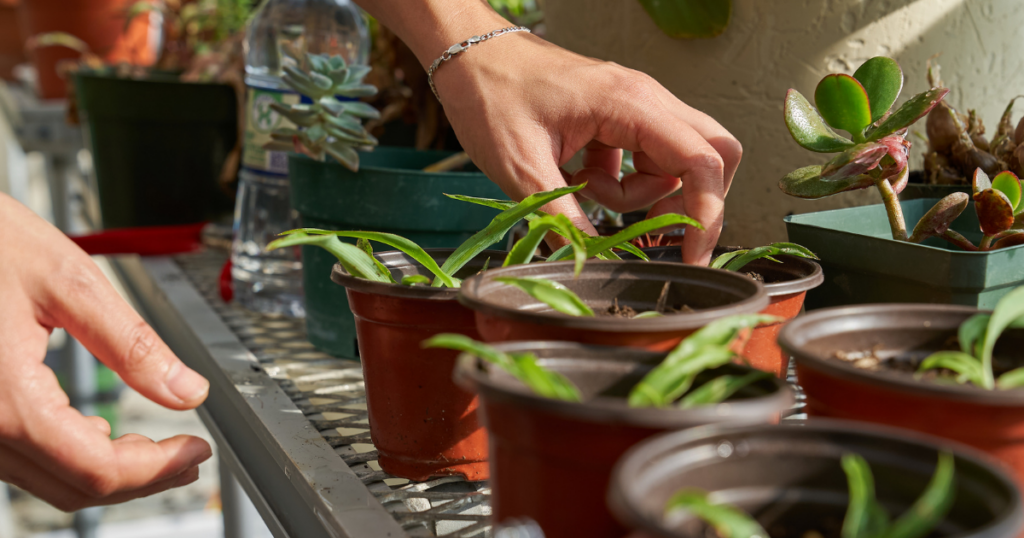 La Salle University sits on a 133-acre campus in Northwest Philadelphia. For an urban setting, it’s home to a unique array of wildlife and plant life, from redwoods and bamboo, to salamanders and red fox.

Perhaps most surprising of all is the lab that’s located on the roof of Holroyd Hall.

“It’s a best-kept secret in the sense that very few know about it, that’s for sure,” said Jim Church, Ph.D., assistant professor of biology at La Salle. “Whenever I mention it to my second-year students, they usually have no idea what I’m talking about.” 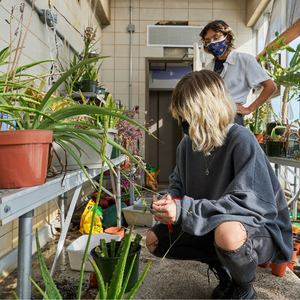 Renovations in 2008 transformed Holroyd Hall, both inside and out. The building’s roof was converted to a sustainable green roof that, among other ecological benefits, supports stormwater management.

The Greenhouse serves as an academic and social space at La Salle. It is open year-round and accessible to all members of the La Salle community upon request. Succulents, cacti, ferns, and snake plants grow there now; in years past, orchids and vegetables have taken root on Holroyd’s roof.

“You can read about plant growth in a textbook, but to see it happen—there’s an emotional connection to it that drives greater student engagement,” said Church, an ecologist and biostatistician who uses and analyzes data to study the relationships between organisms and their environment.

Members of the La Salle community looking to volunteer and maintain the Holroyd Greenhouse, or donate plants, supplies, and other materials, should contact Jim Church, Ph.D., assistant professor of biology, at church@lasalle.edu.

“You come to understand something more profoundly by working with it,” he continued. “The students take a tiny seed and monitor its growth into a huge plant that’s producing vegetables. To see this happen, for the students, it’s fascinating.”

A few academic departments at La Salle, Church said, have incorporated Holroyd Greenhouse into their curriculum. An integrated science, business, and technology (ISBT) instructor and his students are using the Greenhouse this semester to conduct an aquaponics project. An aquaponics system converts ammonia-rich wastewater from a fish tank into nitrites and nitrates to support plant growth, before remnant water is returned to the fish tank for recycling. 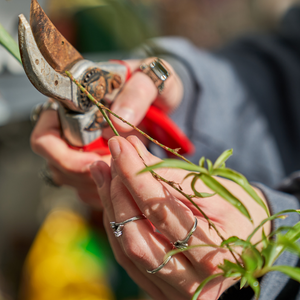 In early October, nearly two dozen La Salle students majoring in biology, chemistry, and environmental science organized a planting party at the Greenhouse. The goal: Convert seeds, cuttings, soil, and pods into plant life that will be sold at an upcoming plant-sale fundraiser later this semester, with proceeds supporting the University’s biology club.

“We’re growing succulents, and students always get excited about them,” Church said. “They’re very popular and easy to grow.”

“I had grown up on a farm, so I thought I could put my limited agricultural skills to some use,” said Olivia Weber, ’22, an environmental science major. “Having a hands-on green space accessible on campus, where students can tactilely learn life skills outside the classroom and nurture something to fruition, is invaluable. Finding safe, therapeutic pastimes is now more important than ever for students, and the Holroyd Greenhouse initiative fulfills that duty.”